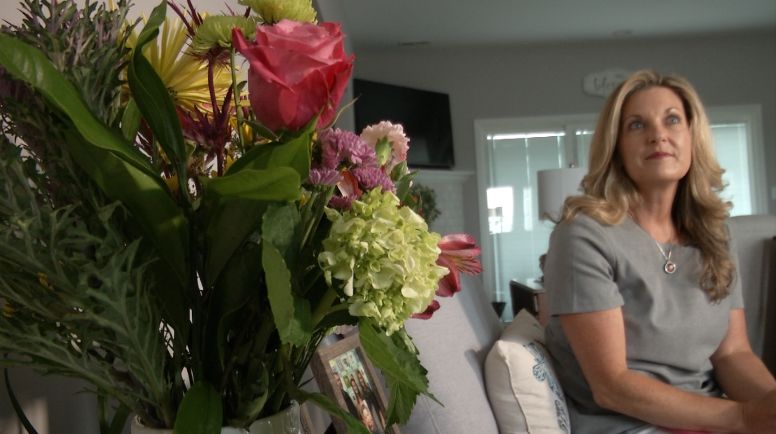 When Shannon Adkins heard the blood shortage could impact organ transplants, she put out a call to action over social media to urge people to donate. (Spectrum News 1/Ashleigh Mills)

How one mother is fighting against Kentucky's blood shortage

MT. WASHINGTON, Ky. — Lifesaving operations could be delayed unless people act and donate blood. There's a severe shortage of blood in Kentucky. It's a real cause for concern for doctors, including one transplant surgeon. One mom made it her mission to put out a call to action. Shannon Adkins is encouraging people to give blood in the name of her late son, Keegan, who was an organ donor.

On the 10th anniversary since then 6-year-old Keegan Adkins' passing, his mother Shannon took to her Facebook page.

“I was trying to figure out a way to deal with my grief," in a meaningful way, said Adkins.

Each year on June 25, a hard day for her, Adkins tries to take action of some sort in remembrance of her baby boy. This time, the idea clicked when she heard about the shortage of blood. Over Facebook, she posted in hopes her friends would go out and donate blood in Keegan's name. The response has been huge.

It's all comforting to her. Not a day goes by that she doesn't think of the child, who would now be 16 years old. He drowned in a tragic accident at the pool. Adkins said goodbye to her son in his hospital bed the next day.

“He had the most amazing blue eyes and rosy red cheeks," she smiled. “I just tried to take in every last thing about him...what he felt like…what he smelled like, what his hair felt like and the touch of his skin. I just wanted to take it all in."

Keegan was her greatest gift but is also a gift for others.

"A nurse said, ‘your mommy told me you had the most beautiful blue eyes and I wanted to see them,’ and it hit me that I needed to talk to somebody about organ donation," Adkins remembered.

Today, five people are living because of Keegan. Adkins has even met and keeps in touch with the young lady who received his liver.

“I kind of felt like I needed to complete his mission here on earth and make him a lifesaver," she explained.

Because she knows how healing it is for a parent to know her son's life mattered in the most special way in the very end, and for a parent to see her child's life saved by an organ transplant, Adkins, who now works for Kentucky Organ Donor Affiliates (KODA), urges blood donations. That way, the transplants won't have to stop.

"It's a problem," UofL Health Surgeon Dr. Christopher Jones admitted of the shortage. “If we don’t get blood soon, we’re gonna be at the point where we have to delay operations and or potentially send people elsewhere."

Jones said it takes an average of three to six units of blood to do an organ transplant and can require transfusions after some surgeries. Jones said it's no exaggeration to guarantee all blood donated will be used.

That's all the more reason, to Adkins, to give. She feels it's what Keegan would want. And the positive messages from donors who have let her know they're giving in his honor, have worked to keep his legacy going.

“He’s remembered. He’s honored. Ten years later, that is a gift to a grieving parent," she said.

There are multiple blood drives happening around the Commonwealth through the Kentucky Blood Center.