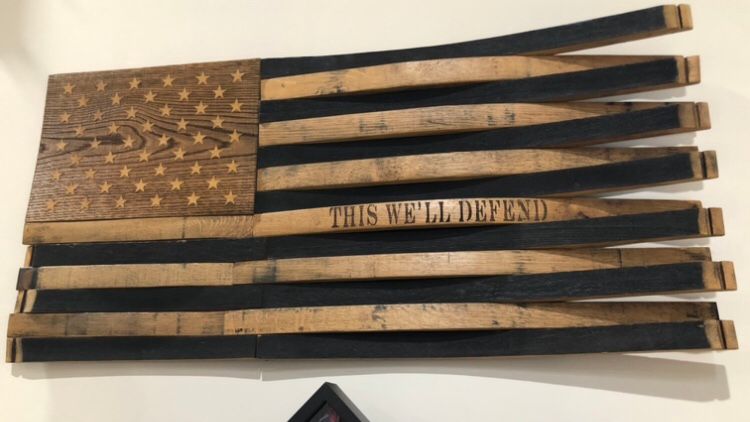 Veterans reminding Kentuckians the impacts fireworks have on PTSD

SHELBYVILLE, Ky. — The Fourth of July can be a holiday that some veterans in Kentucky with PTSD around the nation struggle with.


Thomas Rierdon, a veteran in Louisville who is living with struggles of PTSD, said the weeks leading up to the Fourth of July weekend are some of the most difficult weeks of the year.

“I get very anxious, my heart starts racing, you go back to this place where you think that you're not safe, even though you're standing on your back porch in your house,” Rierdon said.

Rierdon served in the Marines for four years and was in combat for a year and half. Throughout the years, Rierdon has found ways to help him manage his PTSD during the firework displays.

“I can put in my noise cancelling headphones and listen to my music in my basement where it's nice and dark and cool. So I don't have to worry about that day. It's the months leading up to it or the weeks leading up to it, and the weeks after the Fourth of July, where the sporadic fireworks are going off, is what bothers me,” Rierdon said.

Those sporadic fireworks that go off randomly throughout the week and the unawareness are the causes behind those stressful moments, bringing him back to his combat days.

“That uncertainty happened, all day long for a year and a half there while we were deployed over there. And that's what the fireworks make it sound like to us. It’s the uncertainty of where it's coming from,” Rierdon said.

Rierdon reminds his neighbors each year, and asks for anyone celebrating the holidays with fireworks, to be respectful and mindful for those who have served their country.

“If they're a combat vet or a veteran period to just give them a common courtesy to let them know that you're going to be setting these things off, and if that was the case I wouldn't care if they did it every night. Just as long as I know that they're coming, it's, it's the not knowing that is what bothers us the most, or bothers me the most,” Rierdon said.