Louisville Gas and Electric wants to build 12 miles of pipeline near Bernheim Forest.

LG&E spokeswoman Natasha Collins says it’s needed for a couple of big reasons, the primary one being to prepare for potential problems with the existing lines.

“So if there was something that happened to that existing line, there is the potential for service interruption for those customers,” Collins said.

The growth of Bullitt County is another factor: Census data shows the county grew about 10% over the last decade.

“And so we want to continue to support that growth and expansion within our community,” Collins said. “And that’s serving our customers, supporting the Commonwealth and Bullitt County, and it’s growth and expansion. We take all of those commitments seriously.”

“We have many new businesses, new residential communities that are coming on right down the I-65 corridor,” Nemes said. 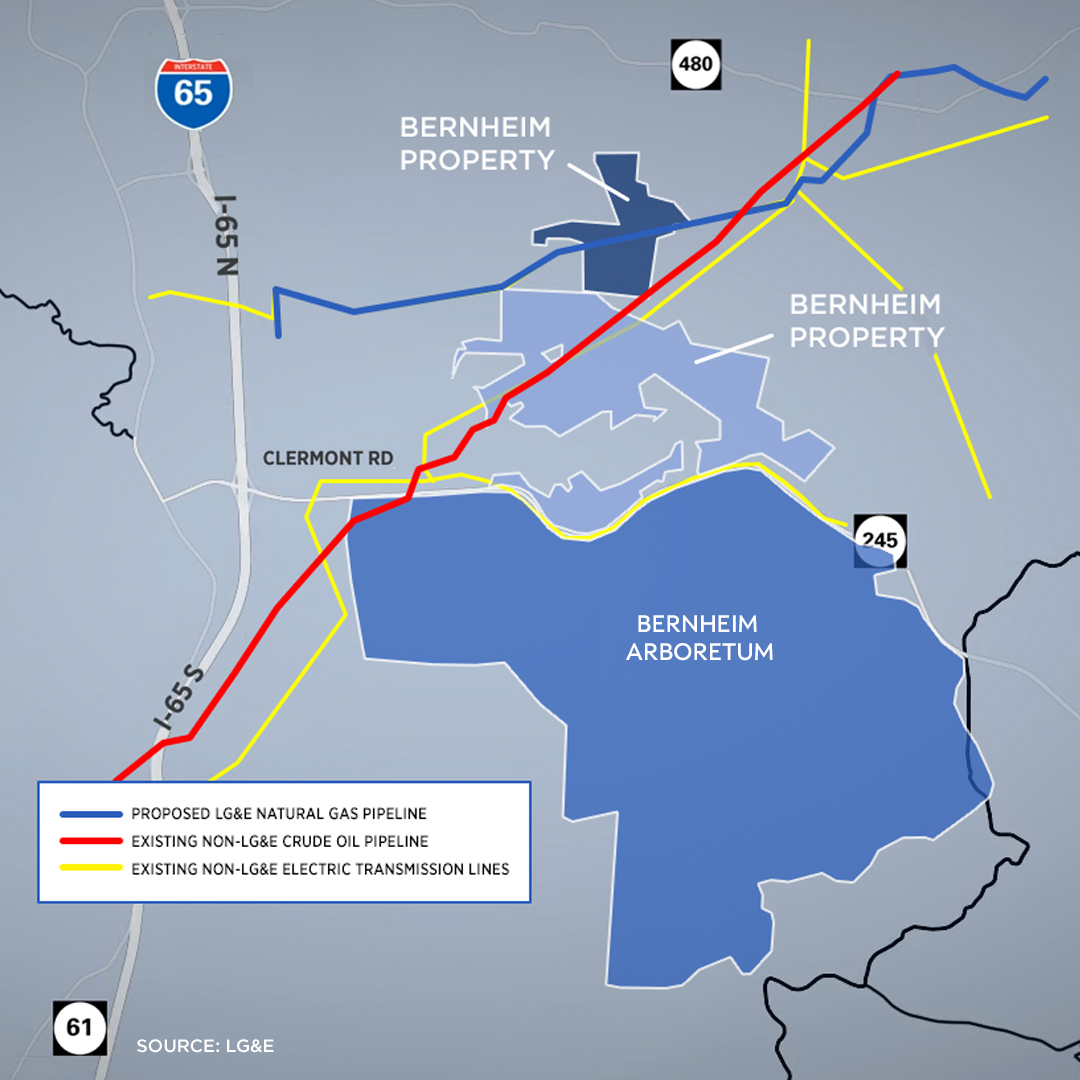 And he supports the natural gas pipeline project.

“We expect to continue to grow, and we need the utilities to grow,” Nemes said.

The project has opponents, though. Landowners near Bernheim Forest refused to sell land for the project, and LG&E eventually condemned the land and took it through eminent domain.

A Bullitt County judge ruled in LG&E’s favor in May, but the ruling could be appealed.

Bernheim Forest is involved in a separate lawsuit because the pipeline would cross land they own.

Collins declined to comment on the cases because they’re still pending.

“What we can say is that we believe that this is the necessary project to serve the customers in the area,” Collins said. “That existing line in Bullitt County is at capacity and the community continues to grow.”

Opponents also contend the project only and unfairly benefits Jim Beam, and court filings indicate LG&E discussed the pipeline project with the company before going public with it.

Bullitt Circuit Judge Rodney Burress said in his May ruling that the project would benefit the public in addition to helping Jim Beam.

Nemes says that shouldn’t be seen as a negative.

“They’re expanding in our community and want to have more jobs,” Nemes said. “I think if it was in Louisville for Ford, either of the Ford plants, that we would want to help the utilities come in to help them and the residents around them.”

Collins says once construction starts on the pipeline, it should last six to nine months, although when that starts is up in the air with legal challenges still pending.

The project is expected to cost more than $74 million.