Stills from the videos commonly known as “FLIR1,” “Gimbal” and “GoFast.” (via Department of Defense)

Why is Congress being briefed on UFOs — and what might they learn?

Are UFOs real? Do aliens exist? Have they visited earth?

These are some of the questions extraterrestrial enthusiasts hope to have answered in just a few short days, when members of Congress receive a declassified report about “unexplained aerial phenomenon,” UAPs — or UFOs, as they are popularly known.

The questions are hardly new.

For decades, people across the country — and around the globe — have reported and recorded purported encounters with objects that moved too quickly, were shaped too strangely and acted too unnaturally to come from any known technology.

The U.S. government only recently confirmed that some of the recordings came from U.S. Navy and military personnel.

Some lawmakers fear the sightings might be advanced technology from an adversarial (yet Earth-bound) nation, like Russia or China. Meanwhile, scientists are torn on whether or not the data will reveal anything of particular interest.

But many hope the report answers one fundamental question: Are we alone in the universe?

U.S. has a lengthy history of UFO sightings

Interactions with UAPs date back decades, if not centuries, in the United States alone.

Highly-publicized events like the Roswell, New Mexico balloon crash of 1947 and the numerous “Black Triangle” sightings in Illinois in the early 2000s captured public fascination, and also bred conspiracy theories that the government was covering up information about the encounters. 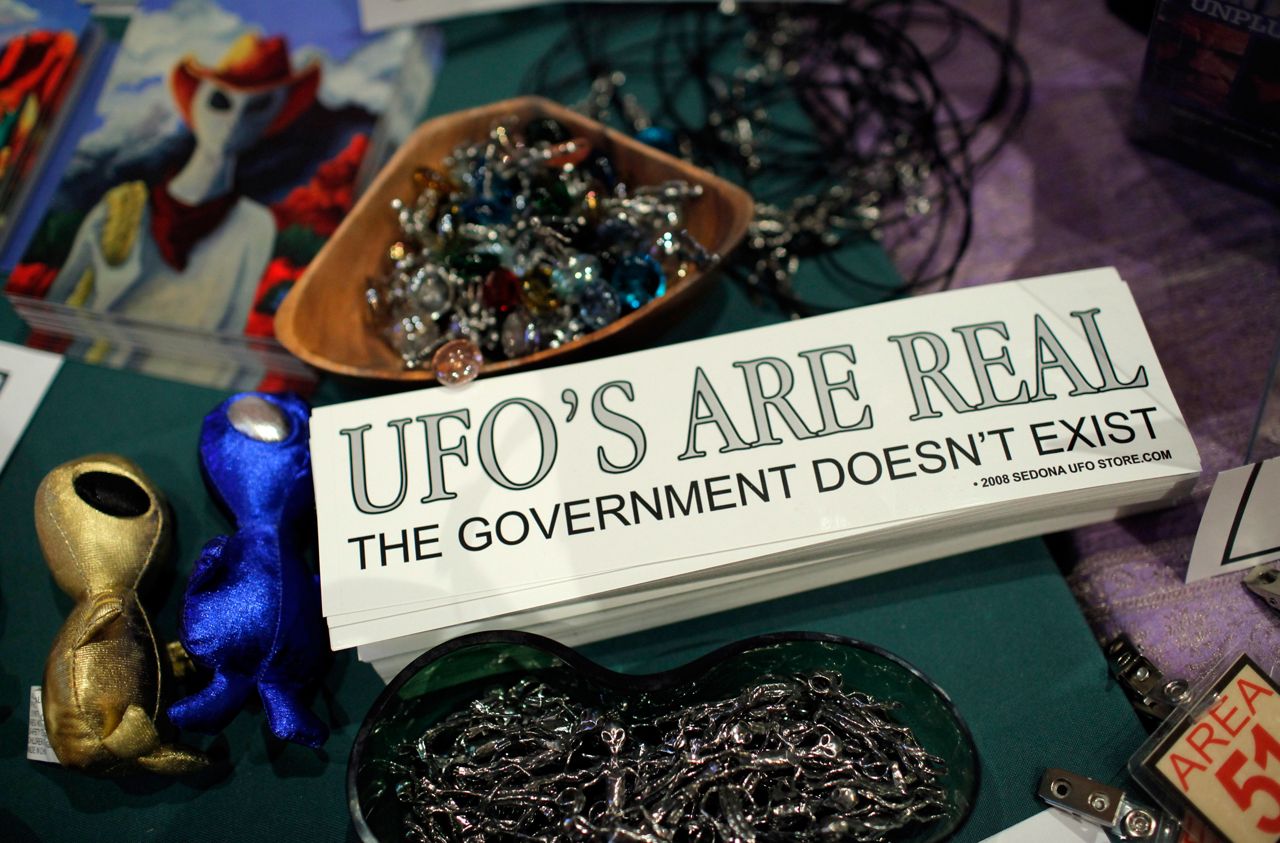 For years, speculation circled that the UAPs were actually part of a secret government program, covered up by officials so as to not reveal the nature of their advanced technology.

And in fact, there was a secret government program on UFOs — although not to create the technology, but to determine exactly who, or what, was behind their creation.

From 2007 until at least 2012, the Pentagon spent millions of taxpayer dollars investigating fast-moving objects that closely tracked U.S. Navy pilots, people who said they had close encounters with the objects and military service members who reported strange sightings.

The existence of the program itself was unknown to the public until 2017, when the New York Times published a front-page article revealing the nature of the secret program, and also claiming that operations hadn’t concluded in 2012.

Reports from Politico and the Washington Post soon followed, informed in part by Luis Elizondo — the former AATIP program director who quit in mid-2017 because he did not believe the government was paying enough attention to the important issue.

With Elizondo’s help, the publications released three videos taken in 2004, 2014 and 2015 that showed encounters recorded on separate Navy fighter jets; the first by a pilot stationed aboard the U.S.S. Nimitz off the coast of California and the latter two by naval airmen stationed on the U.S.S. Theodore Roosevelt near the Florida Keys.

The video taken in 2015 tracked an unexplained object as it soared high along the clouds, traveling against the wind. “There's a whole fleet of them,” one naval aviator could be heard saying on the recording, though only one indistinct object was shown. “It's rotating."

It would take several more years for the U.S. government to confirm the existence of AATIP, and even longer to confirm the veracity of the videos published in various outlets.

In 2017, the U.S. government claimed AATIP shuttered operations in 2012, and details remained scarce for the next several years. In separate statements issued in 2019, Pentagon spokespeople claimed AATIP both did and did not investigate “anomalous” phenomena, according to the Black Vault, a publicly-funded site that publishes declassified government documents.

But that same year, select lawmakers were reportedly briefed on the intelligence community’s efforts to identify the aerial objects.

Ultimately, the operational aspects of AATIP were rolled into the Unidentified Aerial Phenomenon Task Force. While its existence was technically not classified, it was also not revealed to the general public until August 2020.

Not until last year did the Pentagon agree to publish the videos, saying in a statement they had “previously acknowledged that these videos circulating in the public domain were indeed Navy videos.”

The videos, now commonly known as “FLIR1,” “Gimbal” and “GoFast,” were only officially released in April 2020, despite having circulated the internet for years.

Why this report, and why now?

As the issue of UFO sightings gained publicity, lawmakers began to take notice.

Sen. Marco Rubio, R-Fla., who was chairman of the Senate Intelligence committee during the Pentagon briefings in 2020, has long been one of the most vocal advocates for a public release of documents relating to UFOs.

It was thanks in part to Sen. Rubio’s support that a provision was included in the $2.3 trillion COVID-19 relief bill — signed into law in December 2020 by then-President Donald Trump — requiring the CIA, FBI, Pentagon, and other intelligence agencies conduct a 180-day review of the “anomalous aerial vehicles.” 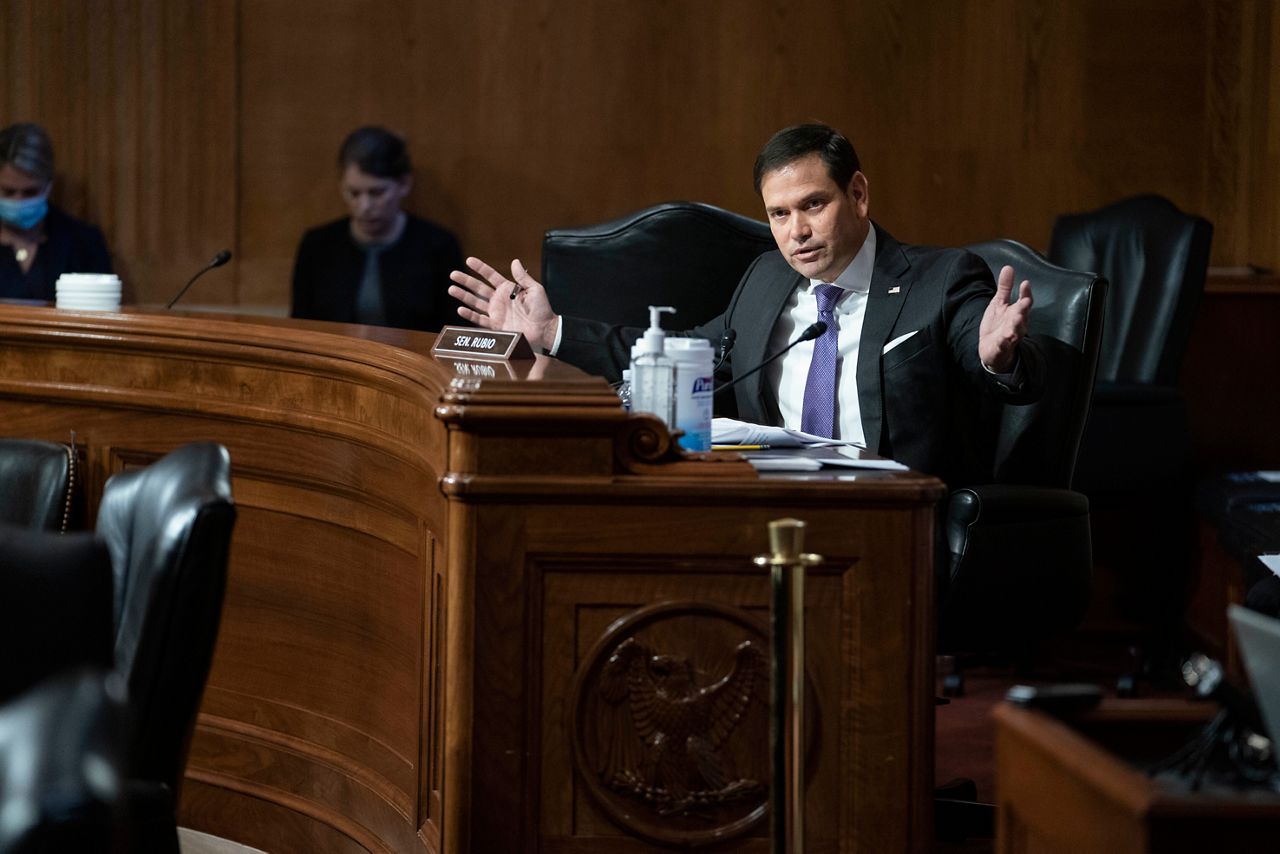 That’s the report that will be delivered to Congress on or before June 29, and it will be largely declassified — save for an annex whose contents can still remain secret.

“My biggest concern, frankly, is that it’s another country. They’ve made some technological leap that will catch us by surprise, by perhaps one of our adversaries.That would be deeply concerning,” Sen. Rubio said in a recent interview with Spectrum News.

“Because if it isn’t ours, it’s somebody else,” he pointed out.

Dr. Avi Loeb, a professor of science at Harvard and author of “Extraterrestrial,” said the science community has also only recently started coming around to studying UAPs in a serious way.

“There was a taboo on discussing technological civilizations beyond Earth for a while,” Dr. Loeb told Spectrum News. “It was considered a little crazy, perhaps in the realm of science fiction, but I think we're getting to the time where it will be part of the mainstream discussion.”

But with more data can possibly come more answers, and Dr. Loeb hopes scientists will look at the new report with unbiased eyes. He also hopes for more public research into UAPs, saying he would be thrilled to lead such an effort.

“In any event, we will learn something new, so it's a win-win proposition to do a scientific exploration as to the nature of these objects,” Dr. Loeb said. “It's just like a detective story. You have some clues, trying to figure out how to narrow down the interpretation by having more clues.”

What could we discover in the report?

From the snippets of information that have slowly leaked from the report, it likely will not deliver any full or final truth about UFOs.

Rep. Val Demings, D-Fla., who has already been briefed on the contents of the report by Navy officials, seemed to imply the intelligence community has not ruled out any answer, saying the investigation into the phenomena is “ongoing.”

“It's always a national security issue until we actually identify what those objects are,” Demings told Spectrum News, later adding: “It’s an ongoing investigation. I think they are competent and capable of identifying those — unidentified objects.”

That information rules out one popular theory: That the UFOs are advanced technology that the U.S. government is keeping secret.

There is a possibility that the report finds conclusive evidence that every UFO encounter was not “real,” meaning they can be explained by mundane factors like a trick of the light or a hallucination — Mother Nature’s sleight-of-hand that can catch anyone off guard in the right setting. 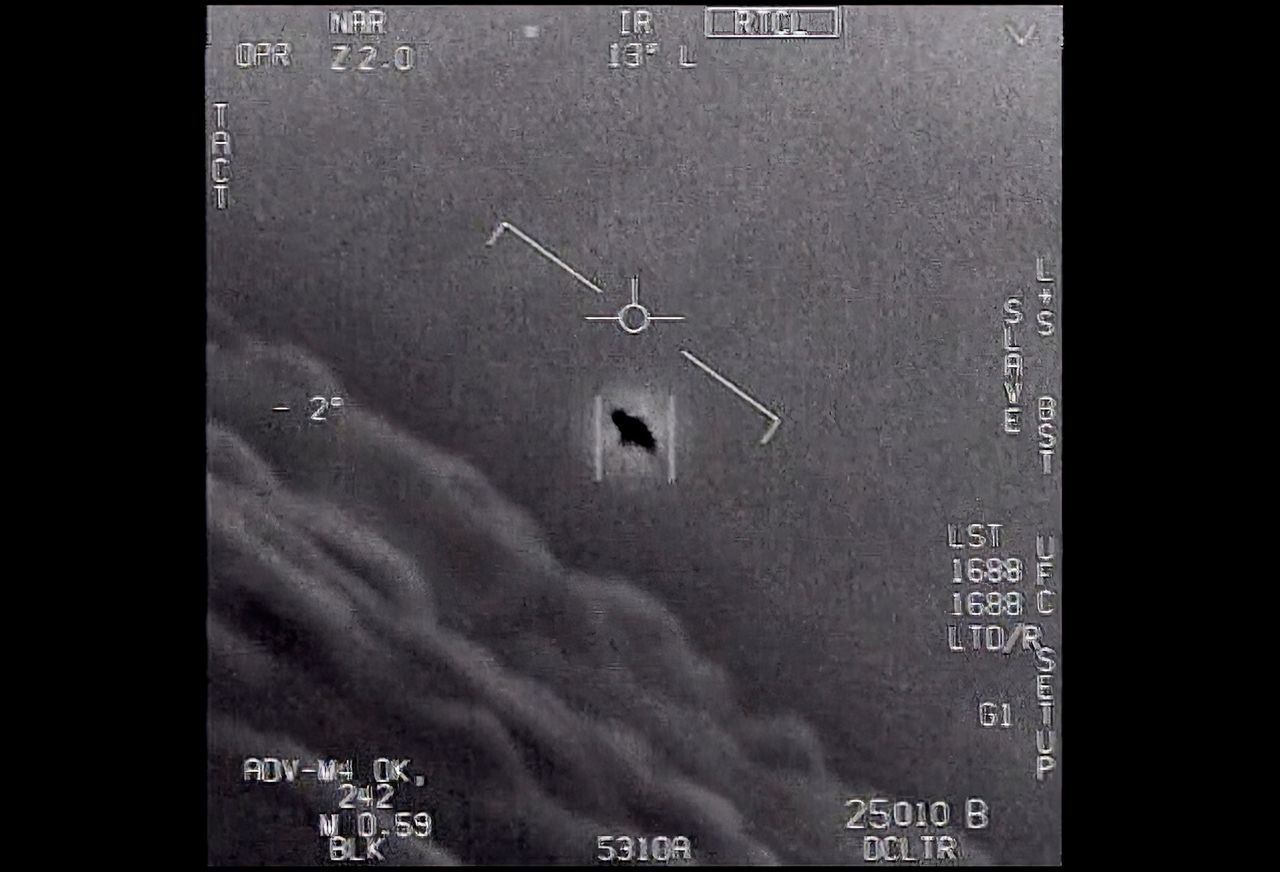 via Department of Defense

While that may be the case for some of the sightings, it is highly unlikely that the report will definitely conclude every encounter can be explained away.

“Many of [the UAPs] may have mundane explanations,” Dr. Loeb said. “But it's enough to have one real object of extraterrestrial origin to have a huge impact on the way we view our place in the universe.”

Assuming the Pentagon finds credible evidence that one or more of the encounters are real, three possibilities remain: The UAPs are advanced technology from another Earth-bound nation; the UAPs are naturally-occurring phenomena or, finally, they are not of this world.

It seems the most likely outcome from the intelligence report will leave us right where we started: We have no idea what these things are.