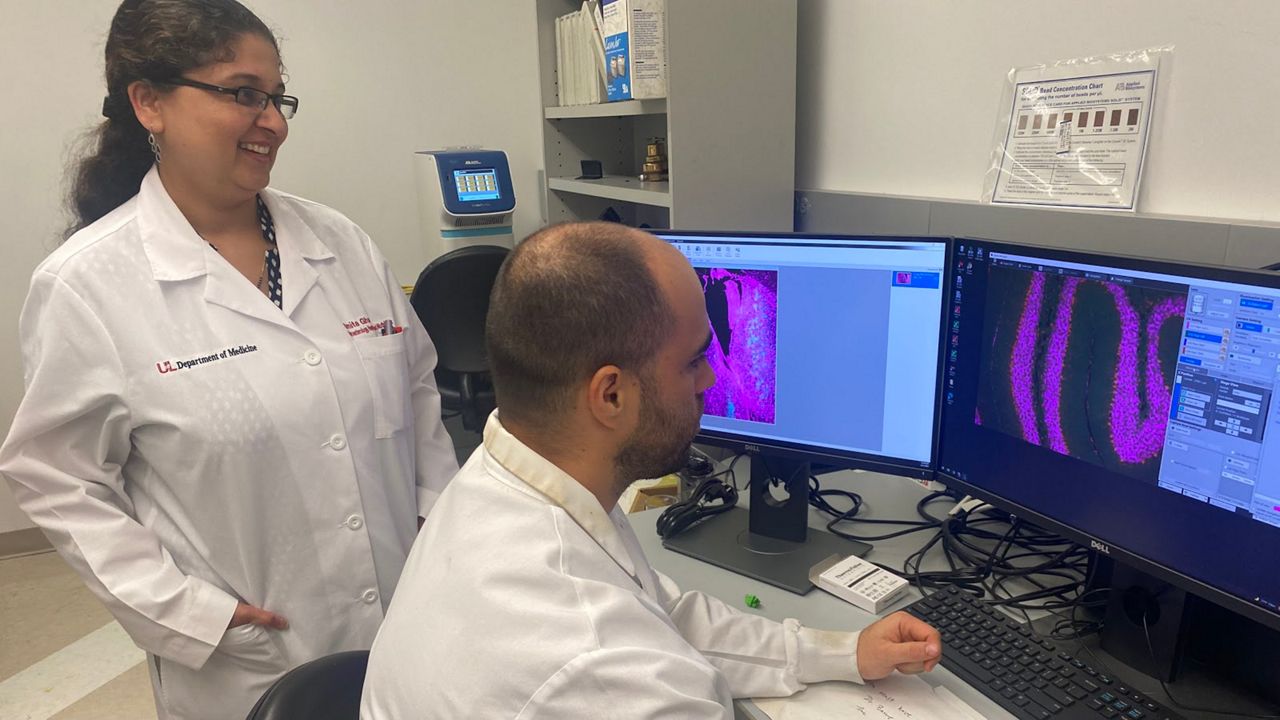 LOUISVILLE, Ky. — The University of Louisville has been making leaps in the study of the liver since the 1970s when researchers investigated and identified a rare liver tumor in Rubbertown plant workers.

Over the past decades, the school has continued to work on issues impacting the liver.

UofL's Hepatobiology and Toxicology center was created in 2016 with an $11.5 million grant from the National Institutes of Health to investigate the many forms of liver illnesses, liver cancer, and effects of environmental toxins on the liver.

UofL announced the school has received another $11.3 million grant from NIH to continue to find answers for issues that affect so many Kentuckians.

“This is a statistic that surprised me that nonalcoholic fatty liver disease impacts up to 25% of adults and 10% of children,” says UofL president Neeli Bendapudi.

Dr. Craig McClain, is the principal investigator of the H & T Center, one of almost 100 COBREs or Centers for Biomedical Research Excellence in the country.

Dr. McClain says the grant is a good thing for the state of Kentucky.

“We’re the only one that focuses on heptabiology and toxicology so we’re actually a national resource for that,” says McClain.

COBREs identify and address the unique issues populations face. In Louisville, that is liver related illnesses.

“We are the #1 increasing place in the country, state and in cirrhosis deaths and at a time when other cancers are going down liver cancer has doubled over the last fifteen years,” says McClain.

Now in its second of three five-year COBRE phases, McClain believes researchers will be able to expand their work to find ways to prevent and treat liver illnesses.

Advancing to the next phase is not an easy task or guaranteed, but with the accomplishment the team continues working to keep people healthy.

COBRE is a component of the NIH’s idea program. Kentucky is 1 of 23 states that is a part of the program.