LOUISVILLE, Ky. — For Father’s Day this year, all dads got in free at the Louisville Zoo courtesy of the Ford Motor Company. The annual tradition was canceled last year because of the pandemic, but this past week the zoo opened back up to full capacity.


John Nichols and his family chose to spend their Father's Day at the Louisville Zoo.

“Just thought it would be a great family trip together; it’s not supposed to be too, too hot today,” said Nichols, while holding his 2-year-old daughter, Daisy Rae.

Between looking at ducks, a rhino and a giraffe, Nichols told Spectrum News that Father’s Day for him is about spending time with those you love.

“You know, hanging out and taking a day to celebrate because it’s hard work sometimes, it’s not all fun,” Nichols said. 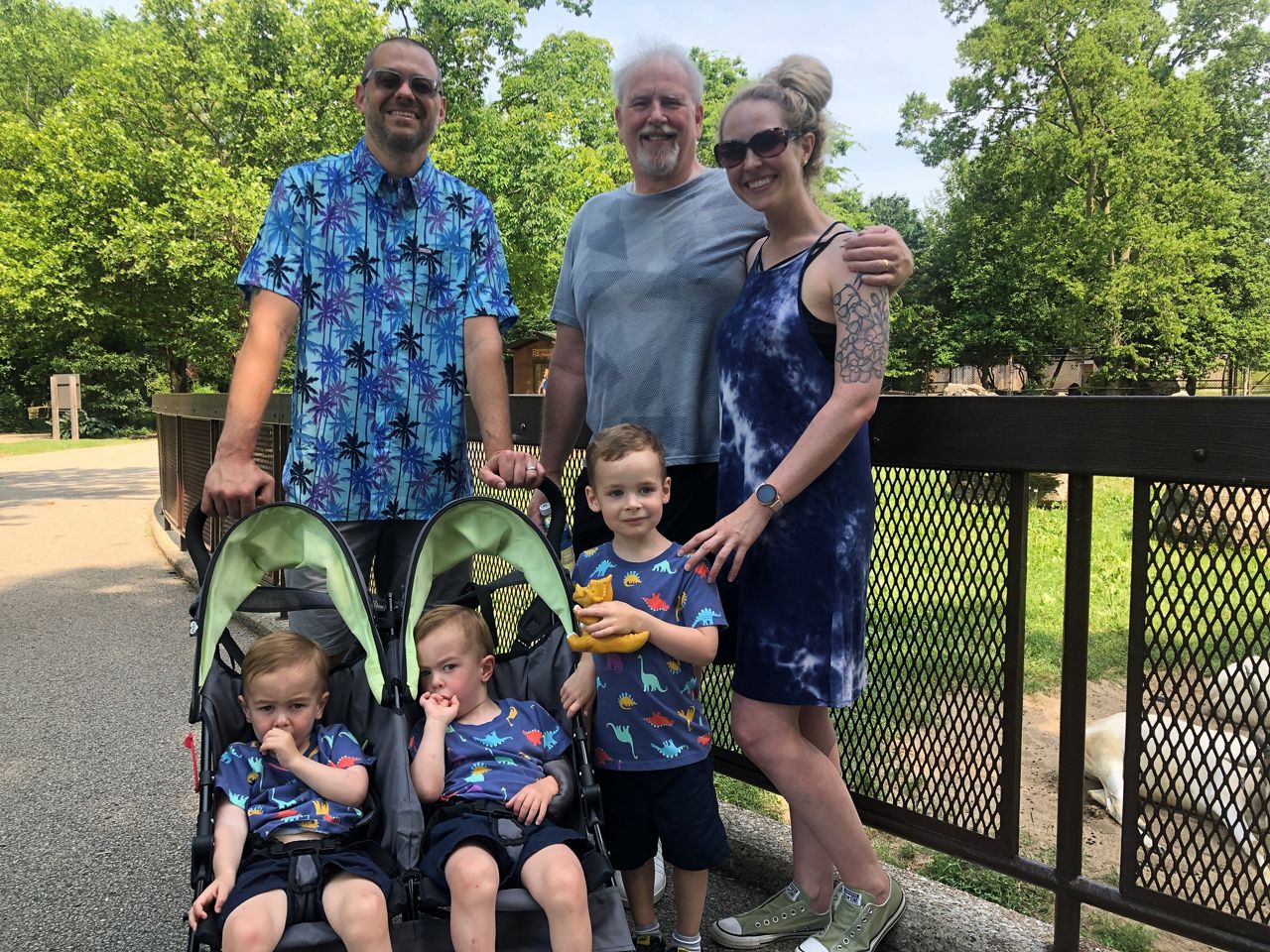 Over where the Addax Antelope hang, Spectrum News spotted another hardworking Dad, Bob Malone. Bob is the father of three young boys. His wife, Alyssa Malone, told Spectrum News how thankful she is for how hard Bob works.

“He actually stays home with our kids while I work. He’s an amazing dad so I want to tell him happy Father’s Day. I hope his day is awesome, and I hope he gets all the love and maybe a little rest that he deserves,” Alyssa said.

“I love you very much; you’re a very good dad and grandpa to the boys, and I want you to have a good day today,” Alyssa told her dad.

Nearby the elephants, Spectrum News spoke to the Nevels family. Dad David Nevels said spending quality time with his family on Father’s Day is a blessing.

“I lost my daddy few years back. So just every moment and opportunity I get to spend time with my kids and do that, that’s the most important thing to me,” Nevels said.

Nevels' son, who is also also named David, said he is thankful for his dad.

“He’s taught me a lot; he’s there whenever I need him, and basically I love him, and I’m grateful that he’s here,” the 14-year-old said.

Moms also get in free every Mother’s Day at the Louisville Zoo. So if you haven’t made your Mother’s Day plans yet for next year, mark your calendar!