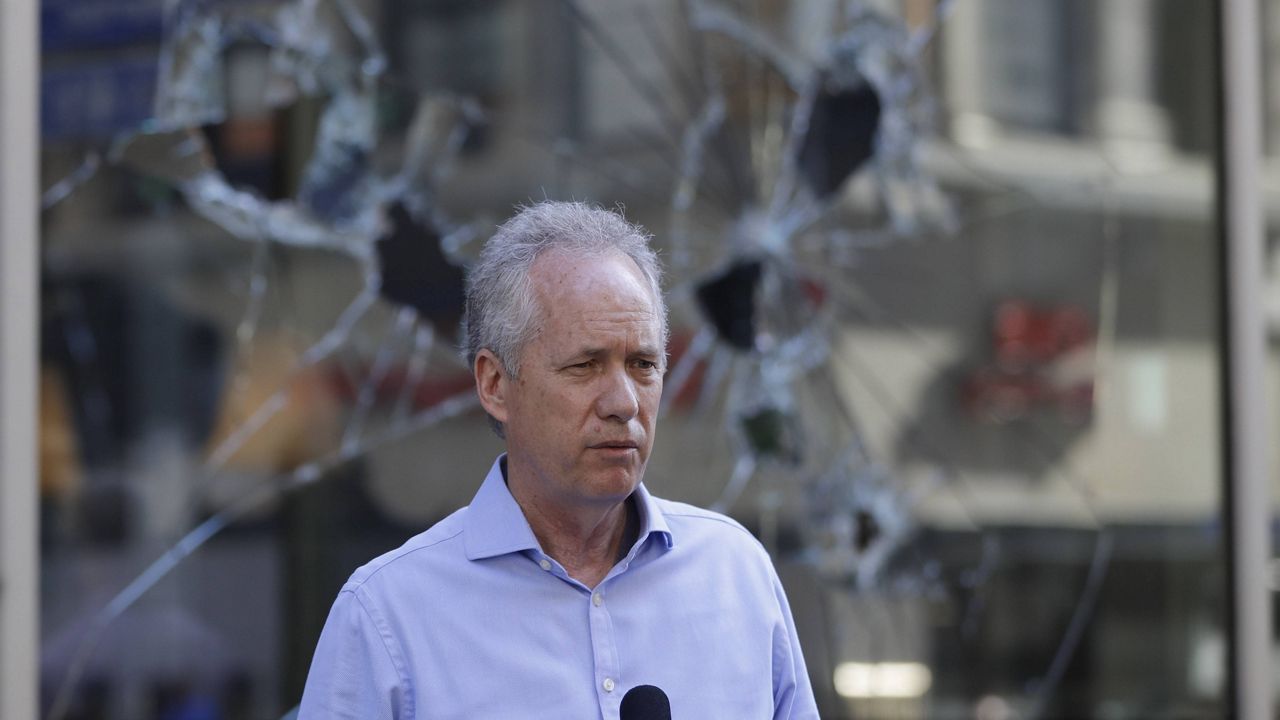 Louisville Mayor Greg Fischer says Louisville, like other cities in America, is seeing a drastic increase in gun viiolence. (FILE)

LOUISVILLE, Ky. — Louisville Mayor Greg Fischer says gun violence is an issue the city is looking at closely, and unfortunately, Louisville is not the only city seeing a spike in violence.

“Gun violence and gun homicides are a significant problem in almost every American city right now and unfortunately Louisville is not excluded from that so we're seeing younger people involved with violent crime. Of course, there are just guns everywhere, illegal guns, it's a big problem,” Fischer said.

As of June 13, Louisville reported 90 homicide cases, with 87 of those incidents involving guns.

“We're just seeing, what normally in the past, would have been an issue of two young guys working something out with maybe a fistfight, with guns everywhere now. It’s just pulling a gun out and shooting somebody. So it's a significant societal problem,” Fischer said.

Fisher says this year he is working on investing a portion of the city’s budget in intervention and prevention programs within the city, such as a mentorship programs with young adults encouraging them to get their high school degrees and jobs.

“I’m making investments in intervention and prevention, law enforcement is part of it but too often people have looked at the police and said what are the police going to do about this. It's not just a police issue, they come in after the fact so it's a family issue, it's a community issue and we need to make investments so that young people can see that there's a full and productive life ahead of them.” Fischer said.

Fisher believes this is a community issue, and there will only be a change in the city if people start investing in others for the better.

“I’m working with other cities around the country that are facing similar challenges, and we're going to keep at it. I mean, I just want everybody to think, you know if this was your son, your brother involved with something like this, what would you do, you do everything you possibly could to stop this and turn it around, And that's certainly what we're trying to do,” Fischer said.