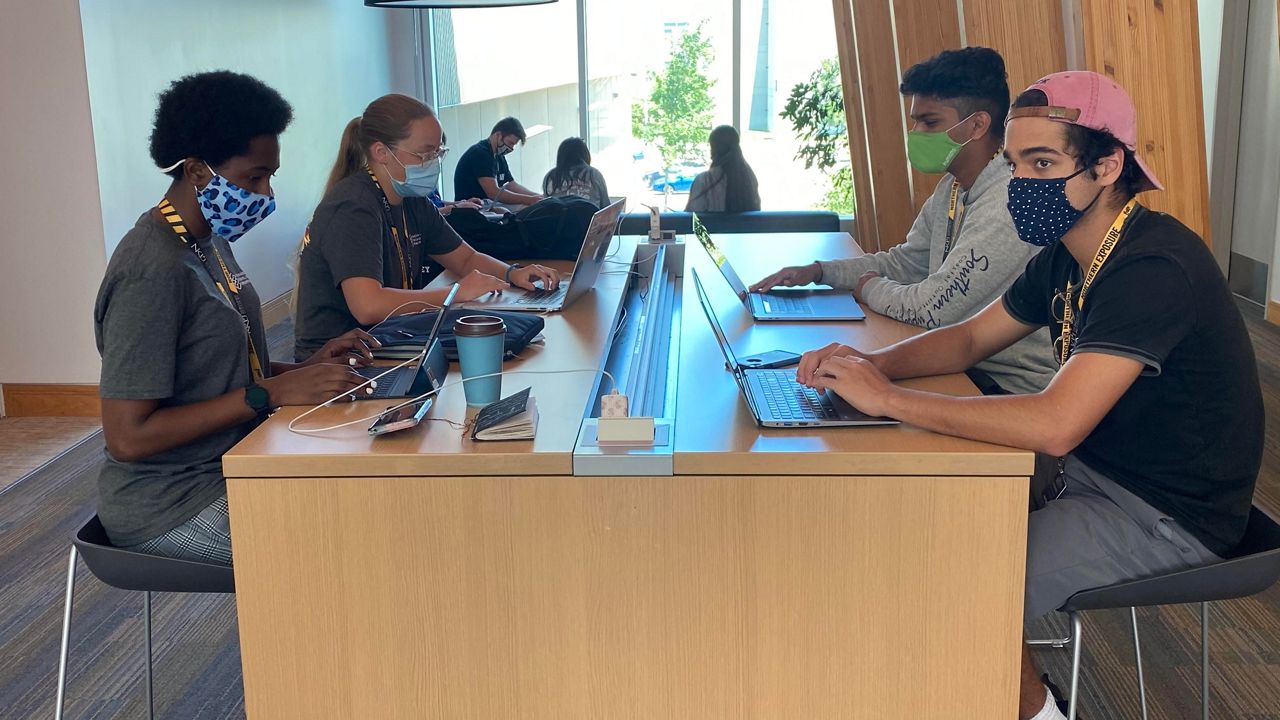 HIGHLAND HEIGHTS, Ky. — The next Jeff Bezos or Bill Gates might just be taking a highly competitive summer program at Northern Kentucky University.

The university is hosting Kentucky's Governor’s School for Entrepreneurs (GSE), a program that’s exclusive to NKU, which gives high school students some hands-on entrepreneurial experience. It’s the first program of its kind among other states.

It’s free to apply and attend. GSE had more qualified students than ever before this year, resulting in two cohorts with 60 students each.

High school juniors and seniors from all across the state are spending three weeks at NKU, emulating the experience of a start up business. The first session will run June 6-26 and the second session July 5-24.

“In just eight short years, the Governor’s School for Entrepreneurs has given about 500 talented teens the entrepreneurial experience of a lifetime,” said Gov. Andy Beshear. “This successful program for high school students has come full circle. GSE started under my father, Gov. Steve Beshear, and now it is expanding to a second cohort that will significantly increase the number of participants under my administration. Now even more Kentucky students will benefit from the connections and experience this program offers.”

Working in groups, students first identify a problem, then work to solve it. Avoiding dirty elevator buttons, fighting sleep deprivation or alleviating social alienation brought on by COVID-19 are a few examples of problems teens are trying to solve by coming up with full business models. GSE teaches the opportunities, benefits and pitfalls of taking a business concept from the idea phase to pitching it to potential investors. 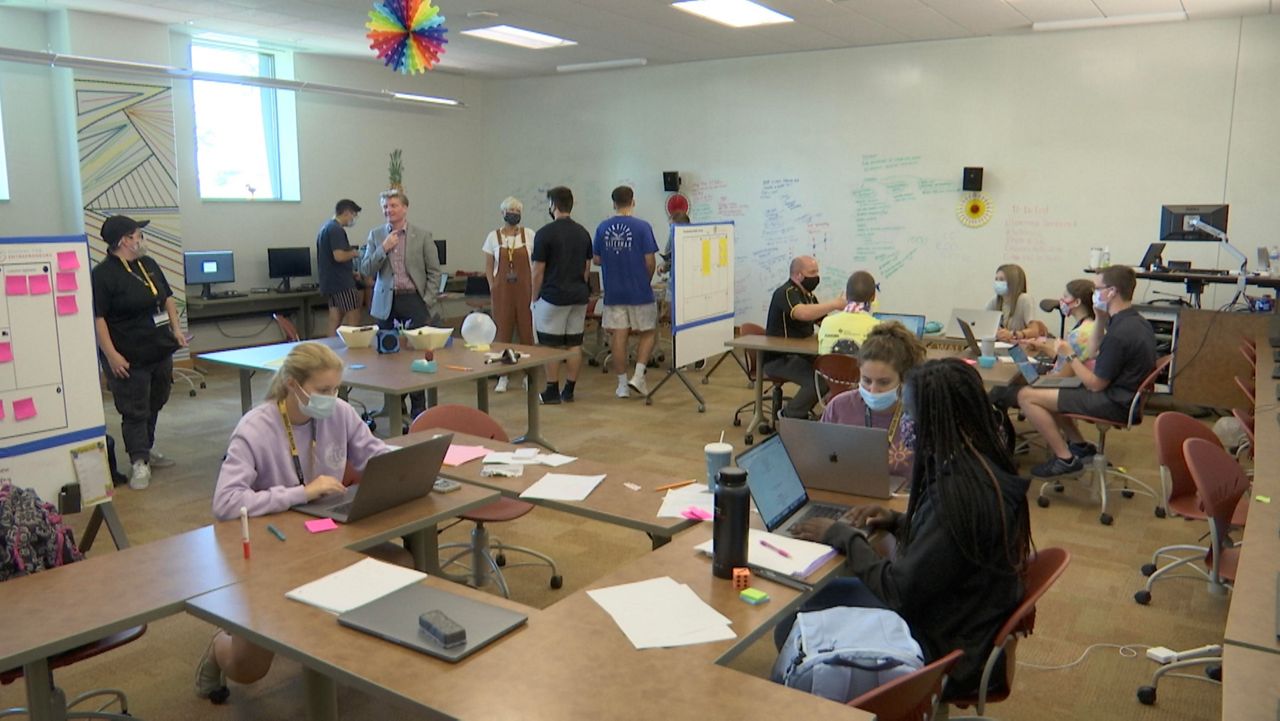 “It sets them miles ahead of any entrepreneur that I’ve ever met. I hear from entrepreneurs all the time saying they wish they had a program like this when they were their age.,” said GSE Executive Director Tasha Sams.

Sams said thanks to collegiate partners, GSE is able to offer around $5 million in scholarship opportunities every year. Students also get high school credit for work they’ve done, about 240 hours by the end of the program.

Since 2013, GSE has directly seen 17 small businesses launch as a result of its program.

Jessica Madden, a junior from eastern Kentucky, explained the moments she knew she wanted to be a part of GSE.

“When I saw the things that go into entrepreneurship, I was like, wow that is me. I couldn’t pass it up. That’s what I want to do,” she said. “I’ve already learned so much. I mean I have pages and pages of notes, and it’s great, because I’m gonna take this stuff back with me.”

Madden said she now wants to start her own business.

Only 35% of applicants get into the program.

“Not everyone’s meant to be an entrepreneur. We respect that. We know that. But we look for them early and we do find them,” Sams said.

Sydney Middleton, a senior from eastern Kentucky, said she first heard of the program from a school counselor. Her group was working on solving COVID-induced social anxiety.

“We came up with an app-based way to kind of connect people and get them going back into the community. Because a lot of people feel like they don’t know how, and they don’t have the opportunities,” she said.

Qasim Haider, who’s working on solving that elevator problem, didn’t initially think he’d like GSE. He went through the process of applying, and said he was surprised when he actually got in.

“To be honest, I was scared to come. Three weeks, it’s my summer. I wanted to have fun with my friends, and I’m like, ‘Oh, I have to go to this camp now.’ But then I was like, ‘you know let me go for it.’ And I’m like, 'Oh there’s gonna be all nerds here, it’s gonna be so boring,'” he said. “But you know I came here, and let me tell you, I made some of the coolest friends in the world.”

Haider explained how far he’s come, and what his group has been working on.

“One elevator button is 40 times more dirty than a public toilet. And we’re touching elevator buttons all the time. Our solution, after we found the problem, was to have a voice recognition kind of thing with elevators,” he said. “I’ve learned so much here about customer relations, how to pitch yourself, how to talk about yourself, how to start a website. It’s a great opportunity and I’ve learned so much.”

The program culminates in a demonstration day.

GSE is a relative newcomer on the list of Kentucky’s Governor's Schools, as compared to Gov. Scholars and Governor’s School for the Arts, having opened to its first group of students in 2013.

Parents, educators, entrepreneurs and teens can learn more about the Governor’s School of Entrepreneurs at www.KentuckyGSE.com.