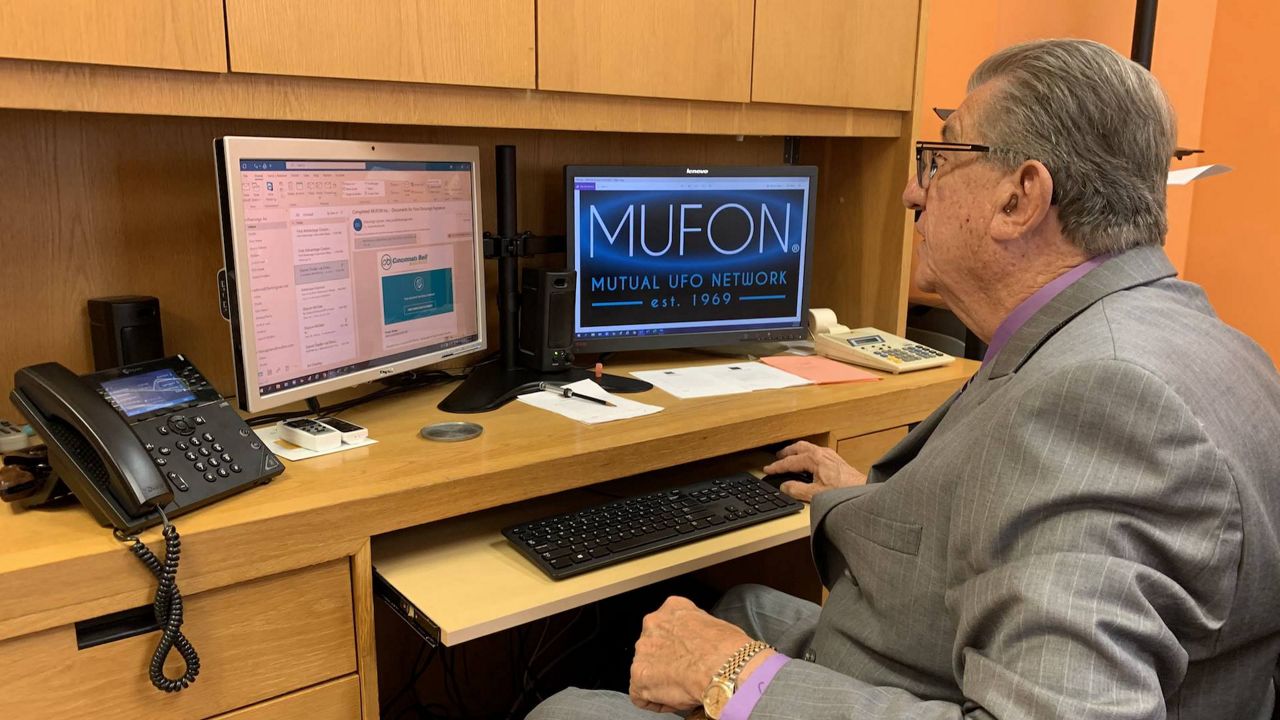 CINCINNATI, Oh — In April of 2020, the Pentagon released three videos taken by the Navy, officially acknowledging for years its pilots have been witnessing what it calls unidentified aerial phenomena.

They’re more commonly known as unidentified flying objects, or UFOs, and one of the oldest groups traveling the world to investigate these sightings is now headquartered close to Kentucky.

The Mutual UFO Network, or MUFON, was founded in 1969. Its executive director, David MacDonald, claims it is the oldest and largest civilian agency investigating UFO sightings and evidence.

The organization is moving its headquarters this month to Cincinnati from California and boasts 600 trained investigators in each state and 46 countries, answering calls from curious or frightened witnesses.

"Generally, if people have a really solid sighting it’s life-changing," said MacDonald, who flies small civilian airplanes and claims to have seen UFOs himself, though nothing as life-changing as some of stories his teams have been told.

MacDonald says his teams process 8,000-10,000 cases per year. They travel to around the world, dig up samples, and verify images. But how do they operate when the very best thing they can tell someone is, “We have no idea what you saw either?”

"It’s very frustrating, MacDonald said. "Now, we can say it wasn't an airplane, it wasn't Skylab, it wasn't a satellite, it wasn't a star or a planet, no meteors in the area. We go through the whole litany. And then, finally, when all that'seliminated, we don't know what you saw. Even if it’s a classic flying saucer and they described it, we don’t know."

Despite the constant unknown, MUFON has servers filled with data, collected over the years and distributed among its thousands of members. MacDonald claims he has sources in the Pentagon, and maybe beyond, who occasionally offer information.

"We work and are close to people who are on the highest rungs in the darkest corners of intelligence and, yeah, I mean, some of them I have on speed dial," he laughed.

MUFON’s official goal is to gather all of this information for the benefit of humanity. If aliens are here, MacDonald says, they must be friendly, considering we haven’t been attacked by technology that baffles our best soldiers in the skies.