LOUISVILLE, Ky. — Last week, it came to light that the mural of Breonna Taylor, unveiled June 4, on the basketball court at Lannan Memorial Park in Louisville’s Portland neighborhood had been vandalized.

No information has been released by Louisville Metro Police Department (LMPD) so far about possible suspects, but two security cameras at the basketball court could provide answers.

“When people do evil things like this we need to hold them accountable,” Antonio Taylor told Spectrum News 1.

Taylor, who is a member of the LMPD Civilian Review Board, said on Friday, June 11 in the evening, he brought a few members of an Atlanta-based film crew to see the mural because they were interested in it as a possible filming location.

“So when we pulled up, I had no idea it had been vandalized,” Taylor said.

However, as they walked the court they soon found the mural had been defaced.

“This one we actually got down and we just kind of touched it to see, and we realized that it was tire marks,” Taylor said about the black marks over the mural’s lip, which now show what appears to be gravel underneath. 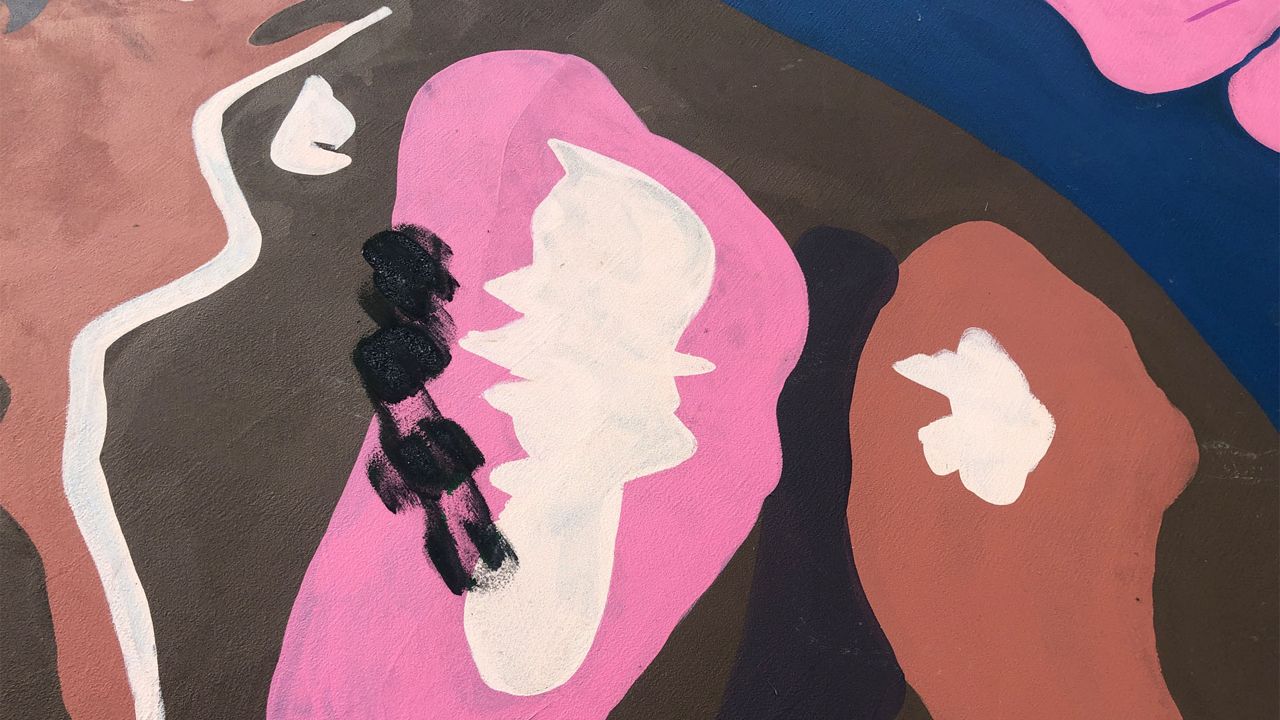 The other two black marks are across the mural’s right eye and white lettering, which states the mural was dedicated by The Russ Smith Foundation. 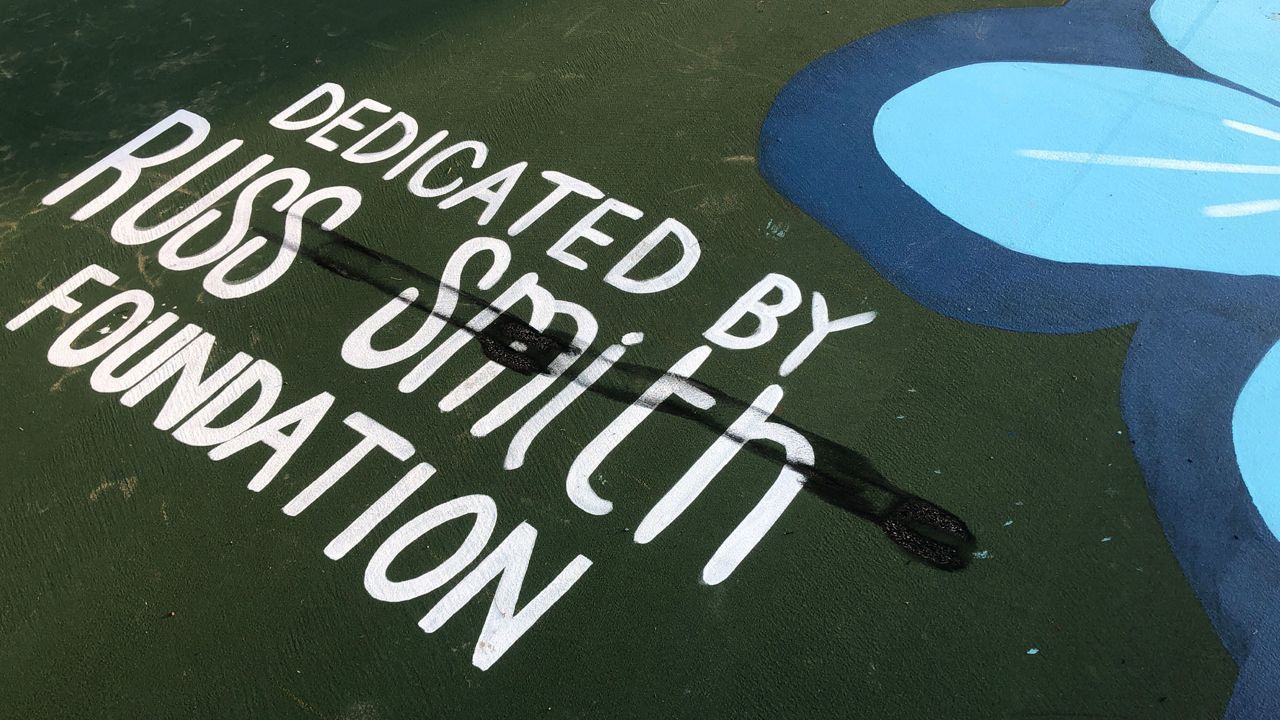 “It said that the park was closed and that we needed to leave the area, and that we were being filmed,” Taylor said. Taylor added that he and the other people with him took notice but continued to take photos of what happened on the basketball court.

Then, Taylor said another announcement from the loud speaker came issuing another warning that the park is closed and to leave immediately or the authorities will be called.

“So at that point we continued to stay here and our purpose for staying was to see if authorities would show up and authorities never did show up,” Taylor said, referring to the time they were there until they left.

Taylor said the woman did not state which department she is with, but he assumed she was with the Louisville Metro Parks Department.

“And I do know they was watching us live because they said there were four of us,” Taylor said. “So this wasn’t anything prerecorded. This was something they were watching us now. So that kind of gave me some reassurance that they do have their eyes on the park at all times.”

Some time after the two announcements over the loud speaker, Taylor, who is also a 502 Livestreamer, livestreamed on Facebook nearby the basketball court about the vandalism starting at 9:24 p.m. ET.

During his Facebook livestream, Taylor spoke to a gentleman who said he runs the baseball league that plays at Lannan Park. Taylor asked the gentleman, who could be heard but never seen on the livestream, if “they,” referring to Louisville Metro Parks Department, knows about the vandalism on Breonna Taylor’s mural.

Taylor asked the man how long the vandalism had been there, and he replied a couple of days.

During an unrelated press conference on Monday, June 14, Louisville Mayor Greg Fischer told Spectrum News 1 that as of late last week Louisville Metro Parks Department was taking a look at how to repair the mural.

“And trying to ensure nothing like that would ever happen again, there’s cameras around the facility, as well, so we’ve turned that over to LMPD,” Fischer said.

Sam Aguiar, one of Breonna Taylor’s family’s lawyers, donated the money for the two security cameras installed at the basketball court.

Aguiar told Spectrum News 1 via text message that “it’s my understanding and expectation that it [camera footage] will be released this week.”

Taylor said he was told that plans are in the works to fix the mural, but he didn’t give details as to who told him that or what the specific details are.

“But this is not who our community is. We’ll rise up. We’ll stand up, and we’ll stand strong for our sister Breonna Taylor,” Taylor said.

Spectrum News 1 reached out to LMPD and Louisville Metro Parks Department on Monday but did not hear back.