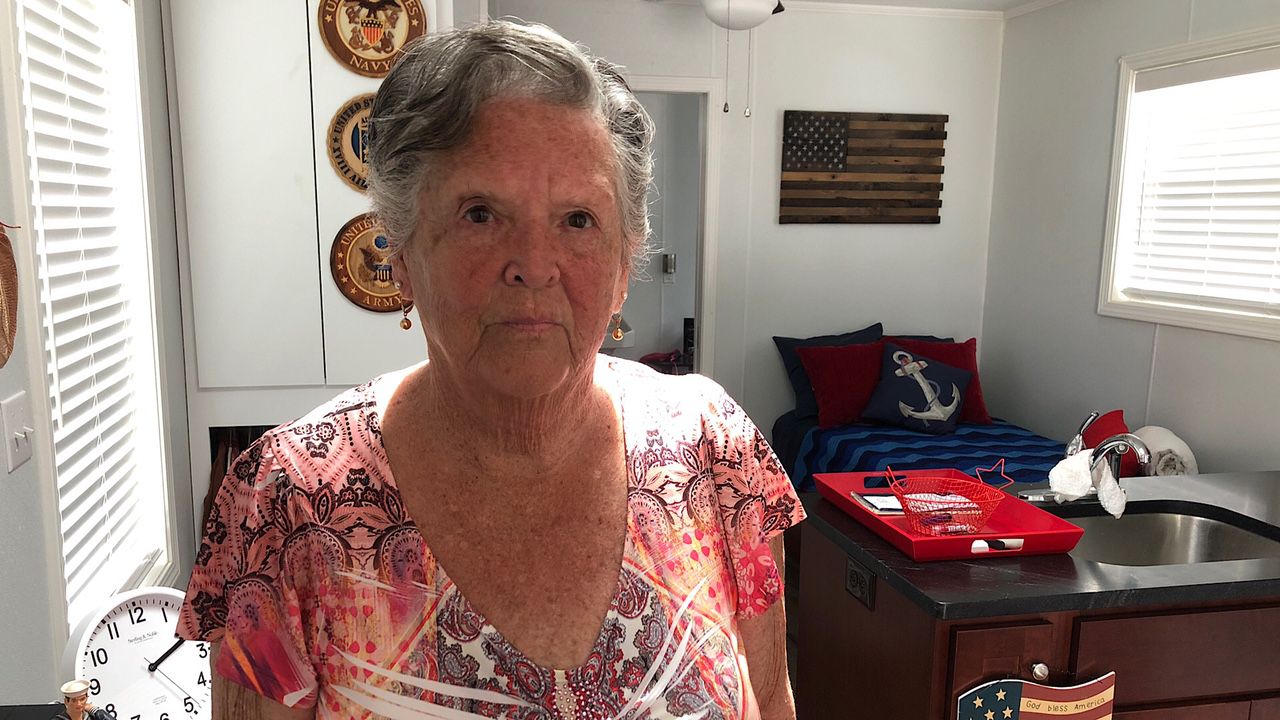 The Army veteran was living in a trailer camper before that, but when she asked for help, Veterans Club, Inc. stepped up to serve.

The homes may be tiny, but they are a big deal to the veterans who live in them.

“It’s been one of the best things that’s ever happened to me,” Kenny told Spectrum News 1 regarding her move.

Kenny said her tiny home is five times larger than the trailer she was living in before, and it’s a home she gets to call her own for up to a year.

“It’s really nice to have a full kitchen. Living in a camper, I was always afraid to use the propane so I never used the stove, which meant I had to microwave everything,” Kenny said.

When the Army veteran got her taxes done this spring, the location she took them to let her know about Veterans Village, which is comprised of six tiny homes that provide housing for up to a year for qualified veterans, which helps them get back on their feet.

“A lot of people suffer from PTSD, they are afraid to come forward and ask for help, and because I have never been in an actual war zone or anything, it reminded me of an old church hymn called ‘I Am Not Worthy.’ I just never felt I was not worthy to ask for help, and they've shown me that it’s all right,” Kenny said.

Veterans Village is overseen by The Veteran’s Club, which is a Kentucky organization that assists veterans in various ways, such as finding permanent housing. 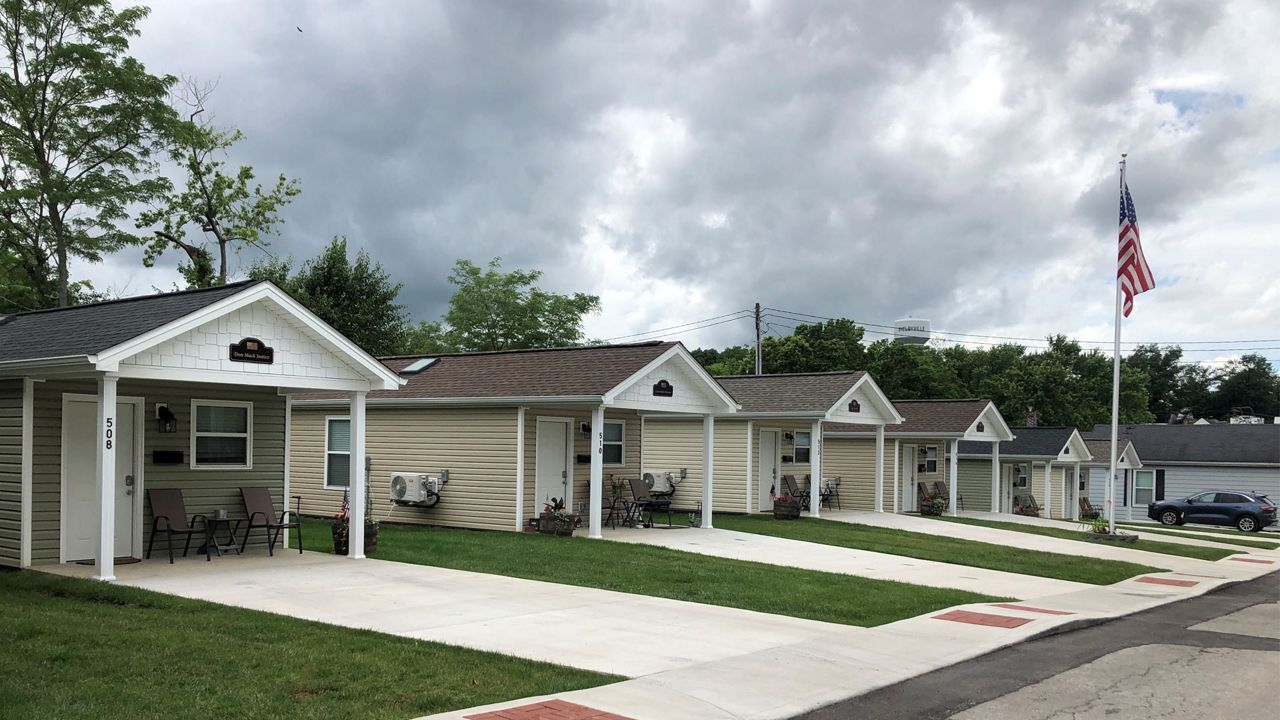 “We are essentially the last step before they get out and integrate back into society. So we are sort of after intensive treatment, after recovery, detox, we want to put the finishing touches on the recovery for the veterans we serve,” Veteran’s Club Founder and CEO Jeremy Harrell said about Veterans Village.

Veterans who qualify for the program live in the tiny homes for up to a year. They pay a monthly sliding scale participation fee, which Harrell said is under $250 per month and covers items such as utilities.

The veterans also have to participate in programming, such as equine therapy and financial literacy, to help set them up for success when they move out.

Harrell said Kenny was chosen to live at Veterans Village not just because she was homeless but because she also has the desire to get better.

“She has been through more intensive treatment in the past and just really kind of needs the connection piece. She needs the mission, the sense of purpose, and I think that will really set her up for success when she leaves,” Harrell said.

Besides providing Kenny with a path to permanent housing, the Veteran’s Club also showed her it’s OK to ask for help.

“And I want other people to understand, ask. You never know how it might change your future,” Kenny said.

All veterans are welcome to apply for Veteran’s Village, no matter which state they live in. However, Harrell said preference is given to Kentucky-based veterans. For information on qualifications and applications, click here.