Lawmakers in dozens of other states have filed similar bills. (Spectrum News 1)

FRANKFORT, Ky. — A lawmaker this week pre-filed legislation that would ban transgender girls and women from playing on their preferred sports team at Kentucky high schools and colleges.

State Representative Ryan Dotson, a Republican from Winchester, has dubbed the legislation the "Save Women's Sports" bill, echoing the name of similar legislation around the country.

“Simply put, I pre-filed this legislation to protect the integrity of women’s sports,” Dotson said in a press release. The bill, which is not yet available on the General Assembly website, would tie participation in sports to a student's biological sex.

Kentucky High School Athletic Association (KHSAA) currently allows transgender students to participate in sports based on their gender identity, but only if they’ve undergone gender reassignment surgery. Students who have undergone surgery after puberty must also have taken hormone therapy “for a sufficient length of time to minimize gender-related advantages in sports competition,” the KHSAA policy says.

Chris Hartman, Executive Director of the Fairness Camapign, said the bill is “discrimination,” that is “especially offensive in the middle of Pride Month.”

“Bills that seek to exclude LGBTQ students from full participation in school life are incredibly harmful to some of our most vulnerable LGBTQ youth, who already experience disproportionately high rates of depression and suicide,” he said. 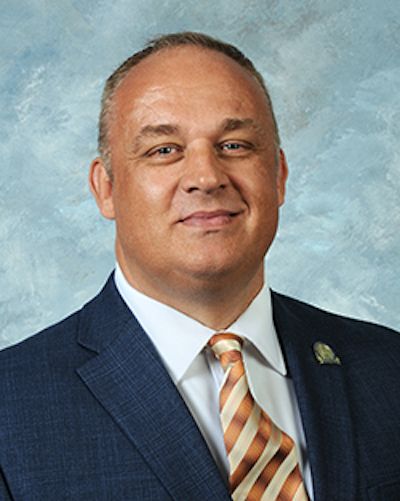 Two pieces of legislation similar to Dotson’s were introduced in the legislative session that concluded earlier this year. Neither of those bills, one a House bill with 10 sponsors and the other a Senate bill with four sponsors, received a committee hearing.

But the nationwide effort to limit participation in school sports for transgender students has picked up steam since then. In late March, Tennessee Gov. Bill Lee signed a bill banning transgender athletes from playing girls' sports. In April, West Virginia Gov. Jim Justice did the same.

Along with opposition from LGBTQ rights groups, some of these bill have attracted criticism from business groups. In Tennessee, dozens of major corporations wrote a letter to lawmakers asking them to reject legislation targetting LGBTQ people. “Overwhelming empirical evidence shows that discrimination is bad for business, bad for economic competitiveness, and bad for the state,” the letter said.

Dotson did not immediately reply to questions about the potential negative economic impact of such legislation.

Opponents of legislation targeting transgender atheltes often point out that there are very few cases of transgender girls dominating sports, the scenario Dotson said his legislation attempts to prevent.

In March, the Associated Press contacted two dozen state lawmakers who had sponsored similar measures and asked for examples of transgender atheltes causing problems in their sports. Most could not cite an example.