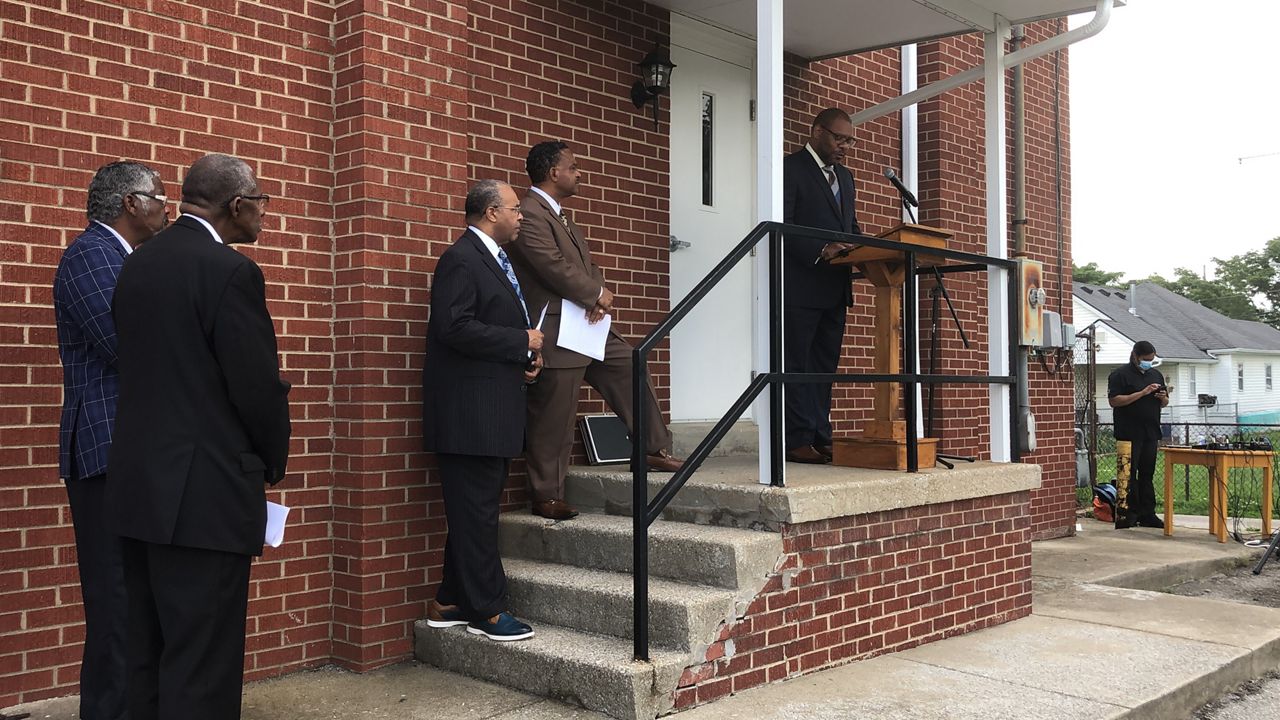 LEXINGTON, Ky. — It’s become a divisive issue in Lexington: no-knock warrants. New legislation is headed to a city council meeting for a first reading on Thursday.


The Fraternal Order of Police (FOP) Bluegrass is opposed to a ban on no-knock warrants, but Black faith leaders continue to push in favor.

The Black Faith Leaders of Lexington and Vicinity voiced their appreciation to the council members who voted in favor of banning no-knock warrants earlier this week.

During a press conference Thursday at the Antioch Missionary Baptist Church, Williams said they're continuing to push for a permanent ban on no-knock warrants and calling for a minimum 15-second wait time for knock or announced warrants.

Here is a draft of the legislation.

The group also disapproved of the comments made by the FOP Bluegrass.

“The assertion has been made that the Fraternal Order of Police, the police chief, and the mayor have spoken on this issue, and therefore no other voices matter. This kind of thinking on the part of law enforcement and others is precisely why there is a growing gulf between law enforcement and communities that are committed to making progress in policing,” Williams said.

In a series of Facebook posts, the FOP Bluegrass listed each council member and the Vice Mayor of Lexington condemning their votes.

They wrote in part, “More interested in virtue signaling to the small group of radically anti-police protesters than caring about public safety, justice, or the lives of police officers.”

Earlier Tuesday they wrote posted after the Work Session meeting, “The FOP, chief of police, and mayor all expressed the importance of NOT banning no-knock warrants. They also provided sound facts and real-world examples to support their position.”

Today, members of the Lexington City Council made an initial vote on the proposed ordinance banning no-knock warrants....

During the press conference Thursday, Williams responded to the chief’s stance.

“We understand the issue. We just don't agree with you and we understand that when errors are made and policing. It always disproportionately impacts Black people,” Williams said.

The council meeting begins at 6 p.m.