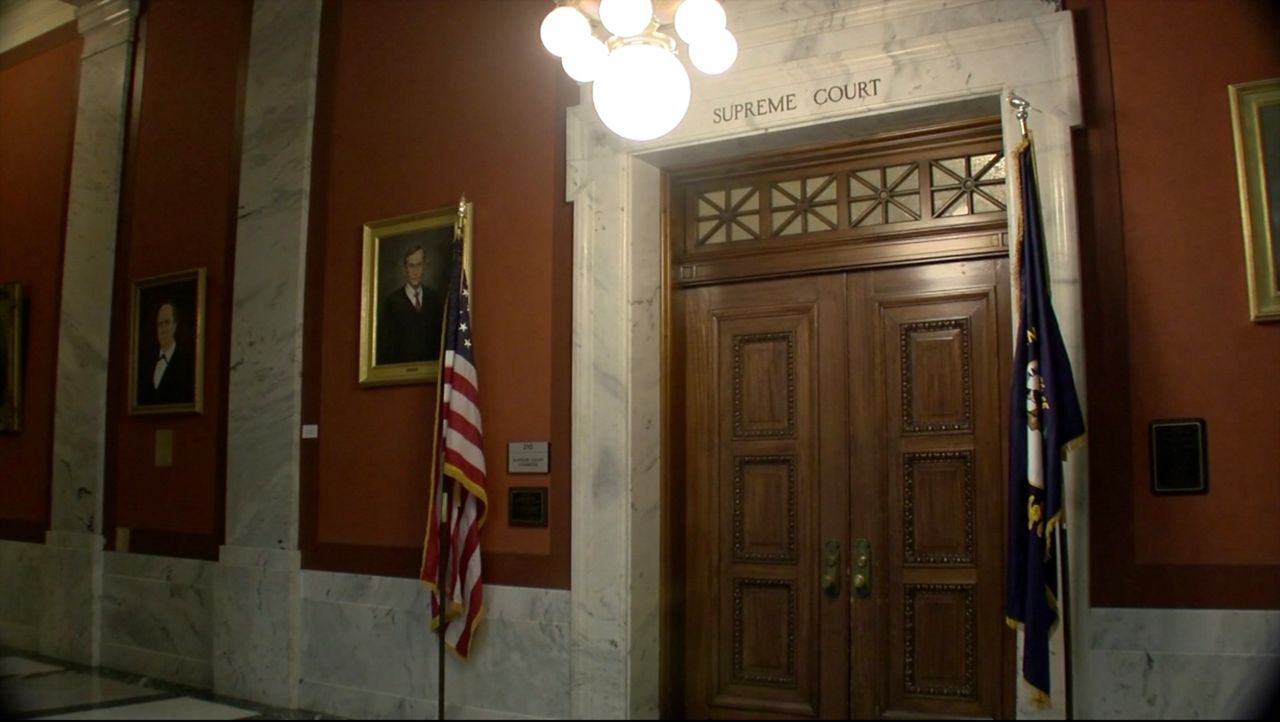 FRANKFORT, Ky. — Even though most of Kentucky’s coronavirus orders expire Friday, they’re still tied up in the court system, prolonging an emotional debate about health restrictions.


“My parents, who are 87 and 90, are here today because of the mandates that were passed,” said House Minority Floor Leader Joni Jenkins, D-Shively.

Jenkins voted against limits to Gov. Andy Beshear’s executive power during the past legislative session, but the Republican majority passed multiple bills over Democratic objections and Beshear’s vetoes.

The governor sued and now the matter will go to the Kentucky Supreme Court.

“I think these, the rulings that come out…may give us some direction into what we can legally do, what we can constitutionally do and we can have those discussions,” Jenkins said.

The court will hear oral arguments Thursday, just a day before most of Beshear’s COVID-19 restrictions end, including capacity restrictions and the mask mandate.

So will the court side with the governor, who says the limits are unconstitutional, or with Republican lawmakers who say the governor abused his authority?

“This is a different case than we saw in November, right, because the legislature has changed the framework for emergency power authorizations, and typically courts will give due deference or significant amount of deference to laws passed by legislatures," Zilis said.

“(Tuesday’s) ruling in Boone Circuit Court is further evidence that the legislation we passed in January not only passes the necessary legal tests, but is critical to ensuring our constitutionally guaranteed separation of powers,” Osborne said. “The Kentucky Constitution is specific in ensuring that no branch of state government be empowered to lead our state unilaterally for an extended period of time.”

In a statement of his own, Beshear blasted the decision.

“The ruling ignores the statewide decision made by the Franklin Circuit Court on the governor’s emergency powers,” Beshear said. “This injunction only applies to one business and it does not take effect until mere hours before these COVID-19 restrictions are lifted by Gov. Beshear on Friday, June 11.”

All of these cases will ultimately be taken up by the Kentucky Supreme Court, although Zilis said the court could also decide not to bother because the orders will expire soon anyway.

“They typically draw fairly clear parameters around things that are live, ongoing issues, and then will pass on things that are not,” Zilis said. “And for some of these questions — not all of them, certainly, but some of them — we’re getting to a point where that type of action at the court level may be in play.”