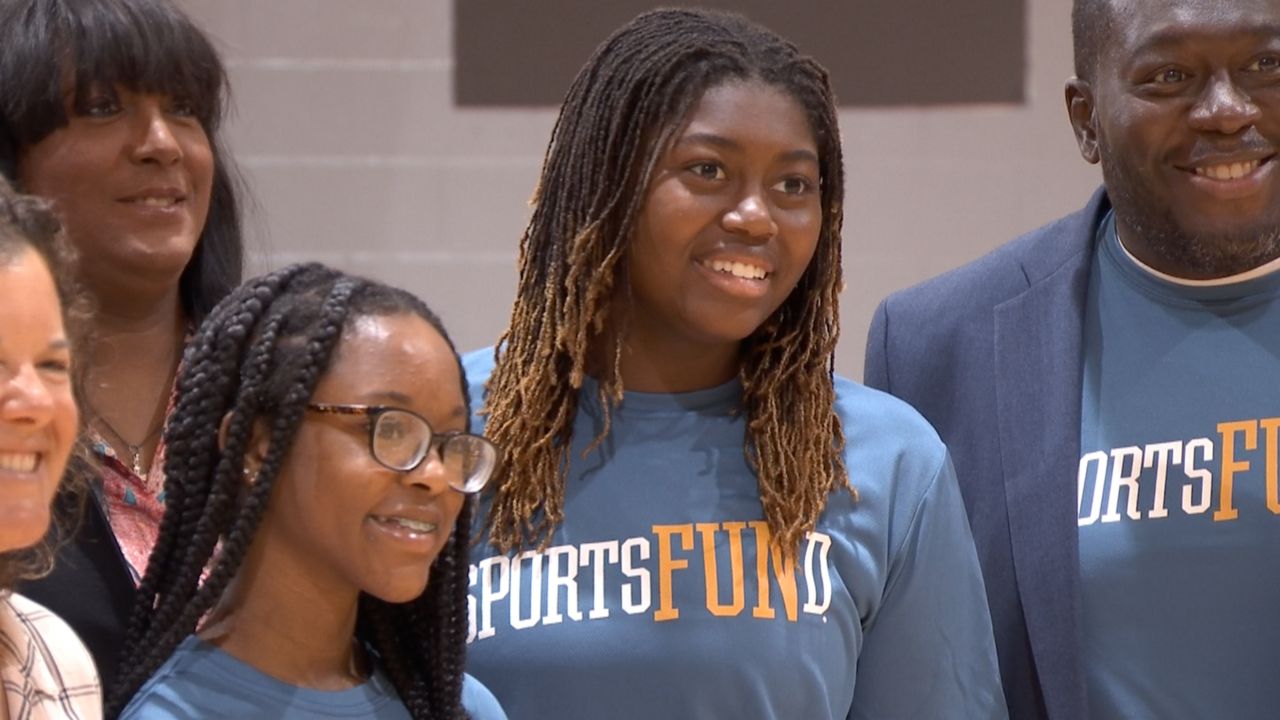 LOUISVILLE, Ky. — The nonprofit Louisville Sports Commission spends a lot of its time bringing events to the city. Now, it has launched SportsFun(d) to grow youth sports leagues from within.

"Our thesis is basically, there’s a problem that we can help solve, not, we have a solution, Let’s impose it on everybody," said Luke Gamble, the man hired to run SportsFun(d).

Gamble, who studied at Princeton on a tennis scholarship, said he was leery about the fund being thought of as "a way out" for kids to get athletics scholarships in a world where college sports frequently offer the dream of a successful athletic career, while lifting only a select few to those heights.

Rather, Gamble offered the fund as providing a sense of health and community, along with years of mentorship that inspire kids to have self-worth and confidence, no matter which part of town they're from.

"One of the strengths of Louisville is that it’s a city of neighborhoods," he said. "But that also means segmentation, and it also can mean division. So, we hope to be a bridge-builder and to provide opportunities and access where kids want them, where they can’t have them."

Gamble said initial grant money for each chosen program will last three years. According to Schmitt Jr, the fund has already formed a fall soccer league for 150 kids, 12-and-under, all free of charge, and added 50 new spots for students at the esteemed Louisville Fencing Center in the Russell neighborhood. Dawn Wilson, an assistant coach at the center and Kentucky chair for the US Fencing Association praised the fund for providing roster spots for local kids.

"Being in the middle of the West End, this sport has not socially or financially been accessible to anybody in that area," she said. "And we want to change that."

Gamble said COVID-19 created dysfunction that sports can help. Manual High Sophomore Alex Secession worked hard to study and play this past year and said she doesn’t know where she would be without sports.

"Sports have taught me so many real-life lessons, such as how to encourage others, how to be kind and, overall, just how to be a good person," said said.

The SportsFun(d) aims to bring these life lessons to any corner of Louisville that wants it. SportsFun(d) grants can be applied for here.