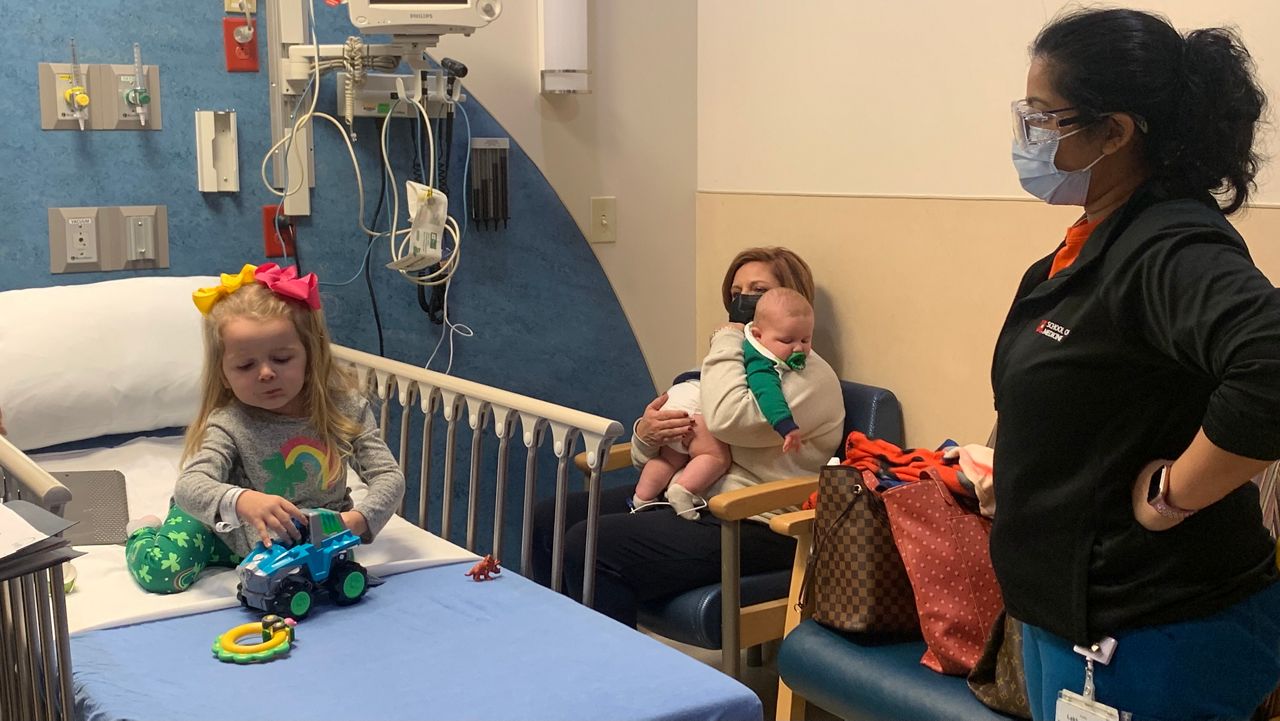 PADUCAH, Ky. — For the Haas family, everything changed after Alex Haas found a mass on the back of her daughter Riley neck four years ago.

"Riley had developed this knot on the back of her head which I thought maybe was a tumor I had no idea it was SMA."

SMA is a disease that attacks the nervous system in the body and in most cases ends up fatal. Riley's was diagnosed early and although treatment options were limited Riley had a breakthrough.

“They (Norton) came back to us and said Hey there is this new treatment that has just been FDA approved and it wasn't even a question," said Haas "Anything that could possibly help her what we knew about SMA was that at 4 months old she should have only regressed and never progressed."

Riley underwent multiple treatments of care for SMA and neurologist Arpita Lakohtia says she has even surprised the staff.

“Riley is on Spinraza it is a lifelong therapy it’s given through the spine and she gets it every 4 months." said Dr. Lakohtia "She is now 4 years old and she's actually surpassing what you expect for a type 1 SMA child to do and she is already making milestones.”

Spinraza is the first drug approved to treat children and adults with SMA. It is an injection administered into the fluid surrounding the spinal cord.

Haas says Riley can now hold herself up without any help as well as do activities like crawl. She completely operates her own wheelchair as well.

Editor's note:  The original version of this story said Riley Haas underwent gene therapy for the treatment of her spinal  muscular atrophy. That was incorrect.  Spinraza is not a gene therapy. GCI Health wrote to Spectrum News 1 and said in an email, "While SPINRAZA is a genetic treatment, it is not a gene therapy. SPINRAZA is an antisense oligonucleotide that targets a root cause of SMA (lack of SMA protein) by increasing the protein’s production through an RNA-directed approach."

Spectrum News 1 apologizes for the error.