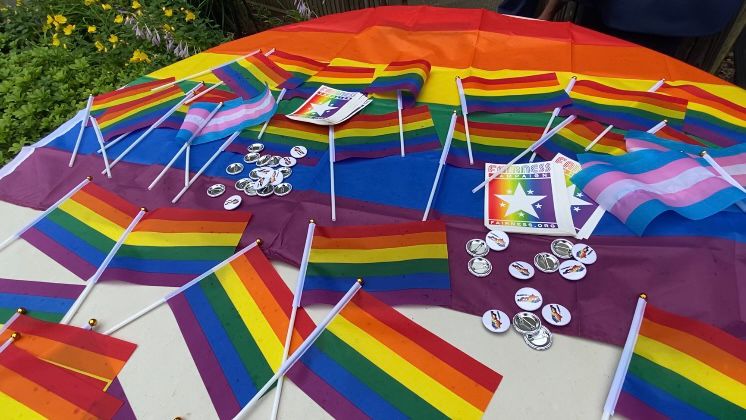 
Lexie Overstreet of Louisville spoke in support of a bill Tuesday that would require public schools to provide age-appropriate LGBTQ+ inclusive health education.

“LGBTQ+ people were never talked about in the classroom," she said. "We quite literally had teachers saying, ‘Adam and Eve, not Adam and Steve’ to us...At my high school, there was no inclusion, but there was especially no celebration of identity and sexuality that I think is just as important, especially in sex education.”

It was part of an event kicking off Pride Month, where lawmakers also announced bipartisan bills to ban conversion therapy and discrimination based on sexual orientation or gender identity.

“When it comes to the lives of many queer kids, and many queer people in general, honestly, we’re taught that we have to suppress who we are and go through physical, mental, emotional pain," said Sage Townsend, a graduate of Iroquois High School.

He had a message for young people.

“Your identity is valid," he said. "Your feelings are normal. Your love is beautiful. You were born perfect and you have a right to feel proud.”