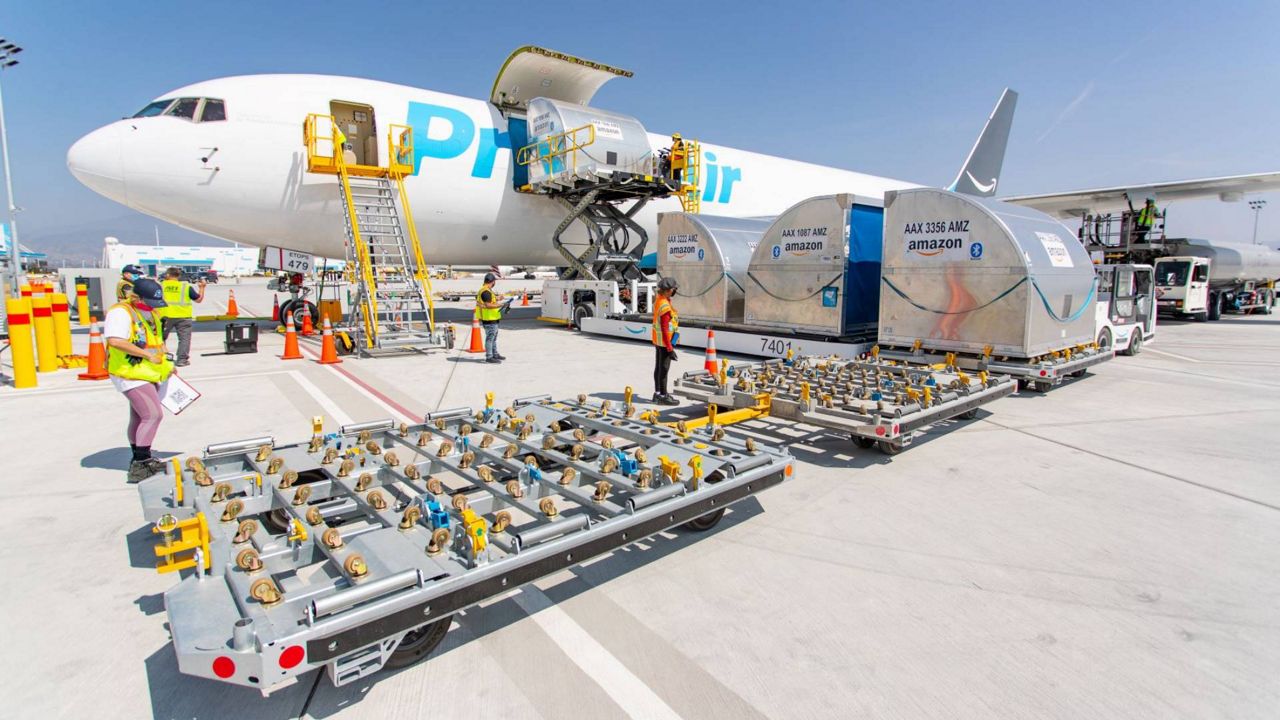 Amazon Air Hub at CVG is set to open later this year. (Amazon)

KENTUCKY — Amazon's aircraft fleet is on pace to double in size between May 2020 and the end of this month. Those were the findings from a February report from DePaul University. With Amazon's Air Hub set to open at the Cincinnati/Northern Kentucky International Airport later this year, Kentucky will be at the center of this increased momentum.


Amazon held a groundbreaking at CVG back in 2019. At the time, CEO Jeff Bezos announced the $1.5 billion investment was going to play a key role in the company's long-term plans. 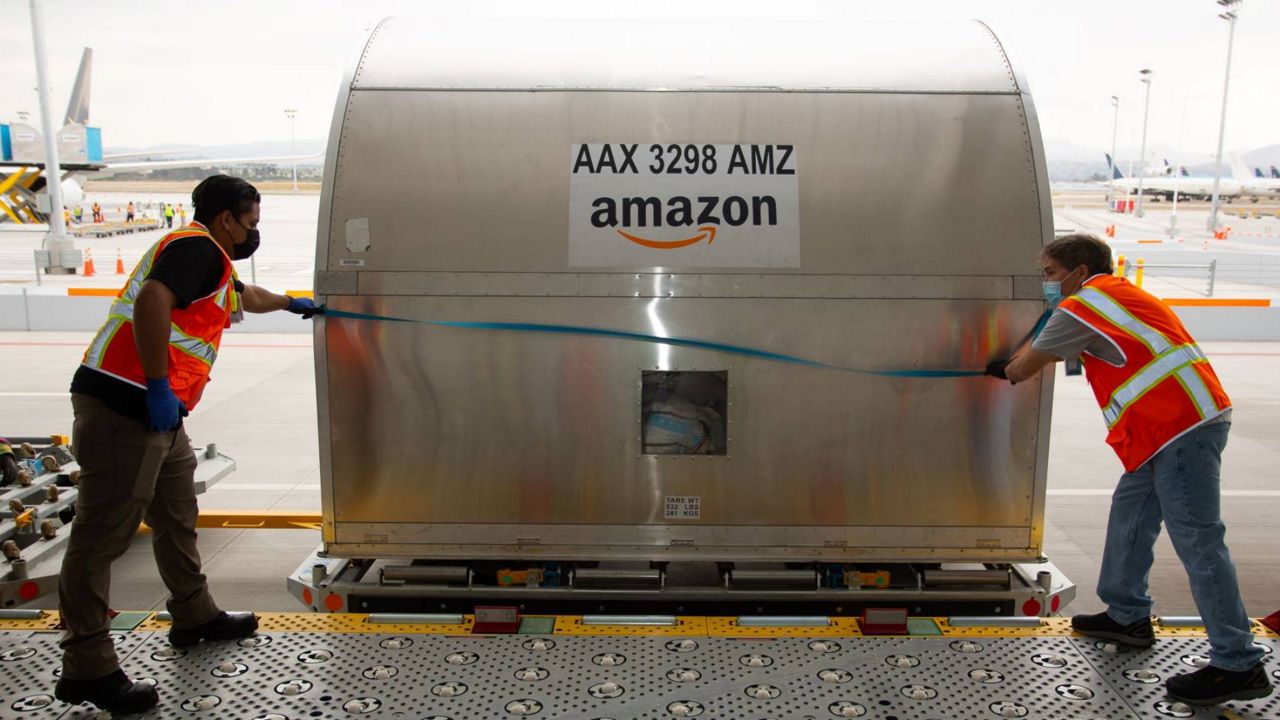 Amazon is hiring for 2,000 full-time positions at the facility. (Amazon)

“This hub is going to let us get packages to customers faster,” said Bezos in the spring of 2019. "We are going to move Prime from two day [delivery] to one day, and this hub is a big part of that.”

Construction has been underway ever since. Now, as the company gets closer to opening, Amazon is hiring for 2,000 full-time positions at the facility. All Amazon employees at the new site, whether full-time or part-time, will receive a $17.50 per hour minimum wage, benefits that start on day one and a sign-on bonus up to $2,000. Employees will work in a variety of functions, from loading and unloading aircraft to sorting packages for onward transport.

Job candidates must be 18 years or older, have a valid driver's license and have a high school diploma or equivalent to be considered. Interested applicants can learn more and apply online or sign up for text alerts by texting AIRCVG to 77088.

While those new jobs will make an impact for those who get the open positions, Gov. Andy Beshear said the economic impact will be felt all across the Commonwealth.

“Demand for air cargo services continues to make Kentucky a top location for manufacturers, wholesalers and retailers needing fast and reliable access to global markets," said Beshear. "We value Amazon’s longstanding partnership and look forward to the success of its Amazon Air cargo hub at CVG.” 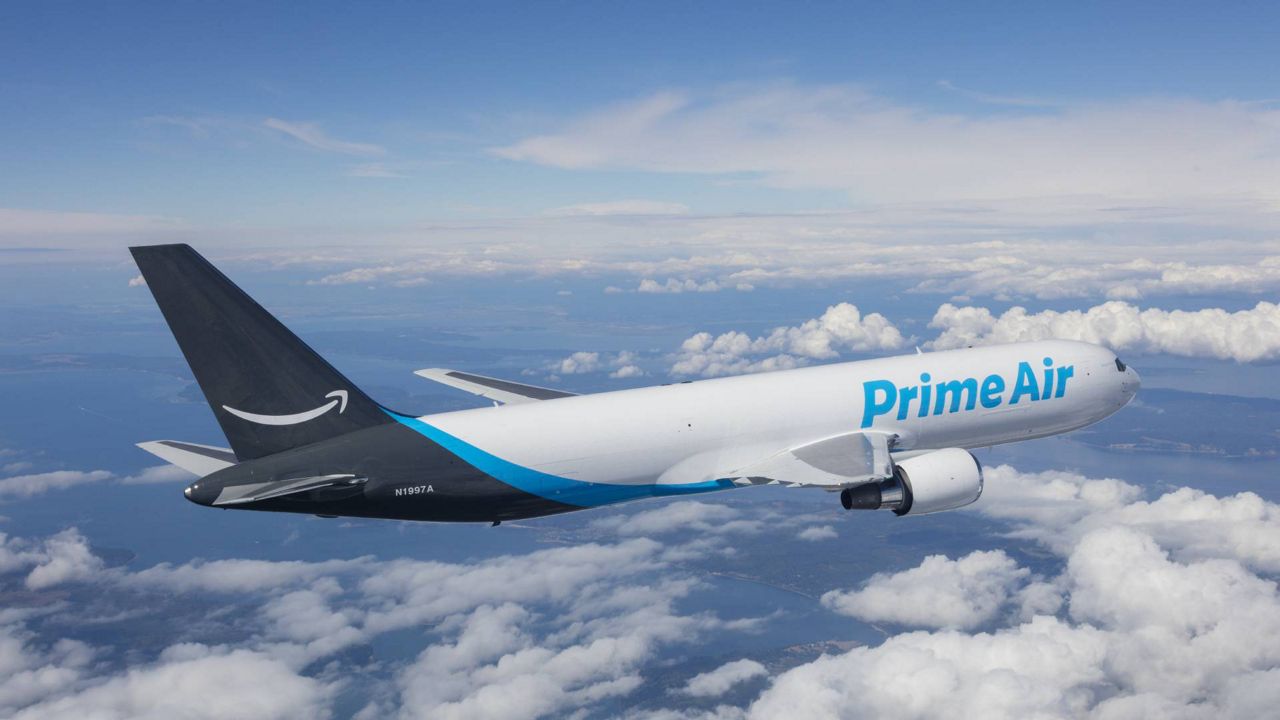 “With Amazon coming on, it means people who want to do direct to consumer or direct to business will have the opportunity to get the last package on the plane going out in the evening and access the 50-60 destinations Amazon will serve directly,” said Crume.

While the Amazon Air Hub will create another shipping option, DHL North America's hub is also at CVG and the UPS Worldport is in Louisville.

“Whether they are in Bowling Green, which is only a couple of hours away by truck, or Elizabethtown or Lexington, they are able to access these resources and utilize the resources that we have, so hopefully, it’s a good thing for them as well,” said Crume.

Amazon said the air hub at CVG is set to open later this year, though an exact date has not yet been announced.