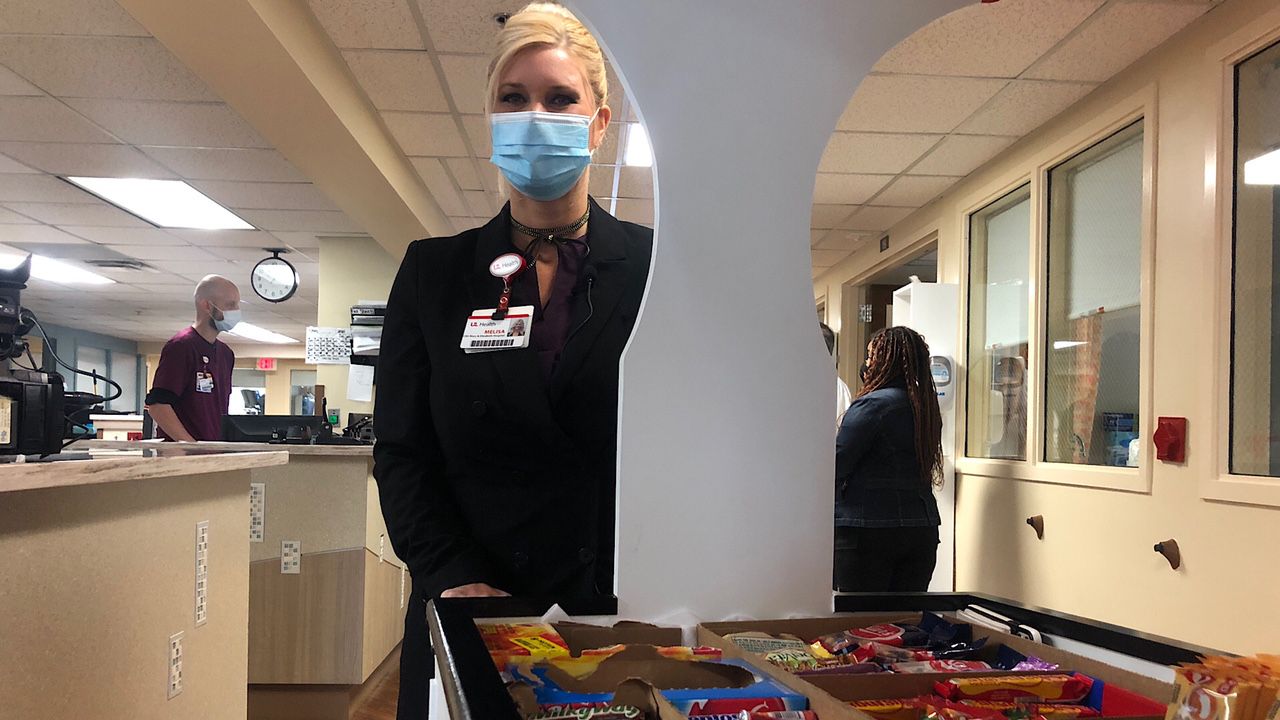 LOUISVILLE, Ky. — Showing appreciation to employees is important for any boss to do, but Melisa Adkins, Chief Administrative Officer (CAO) at UofL Health - Mary & Elizabeth Hospital delivers cheer in the workplace with a unique approach.

At UofL Health - Mary & Elizabeth Hospital in Louisville, Adkins focuses on growth as the CAO.

“How we can bring new service lines to the community, new physicians, of course, we want to recruit more nurses,” Adkins told Spectrum News 1.

However, there’s another big role that Adkins has her hands on, which is delivering smiles to every floor and every department of the hospital.

“I feel really good. It makes me feel good when I get to go out and do something nice for other people,” Adkins said.

That nice thing is Adkins getting out of her office about once a week with a candy cart labeled “Chocolate Cheer.”

“They have called me ‘The lady pushing the candy cart’ a couple times,” Adkins said.

In the cart are a variety of free treats, like candy and granola bars, that Adkins delivers to patients and visitors, but she mainly gives them to staff to show them appreciation. 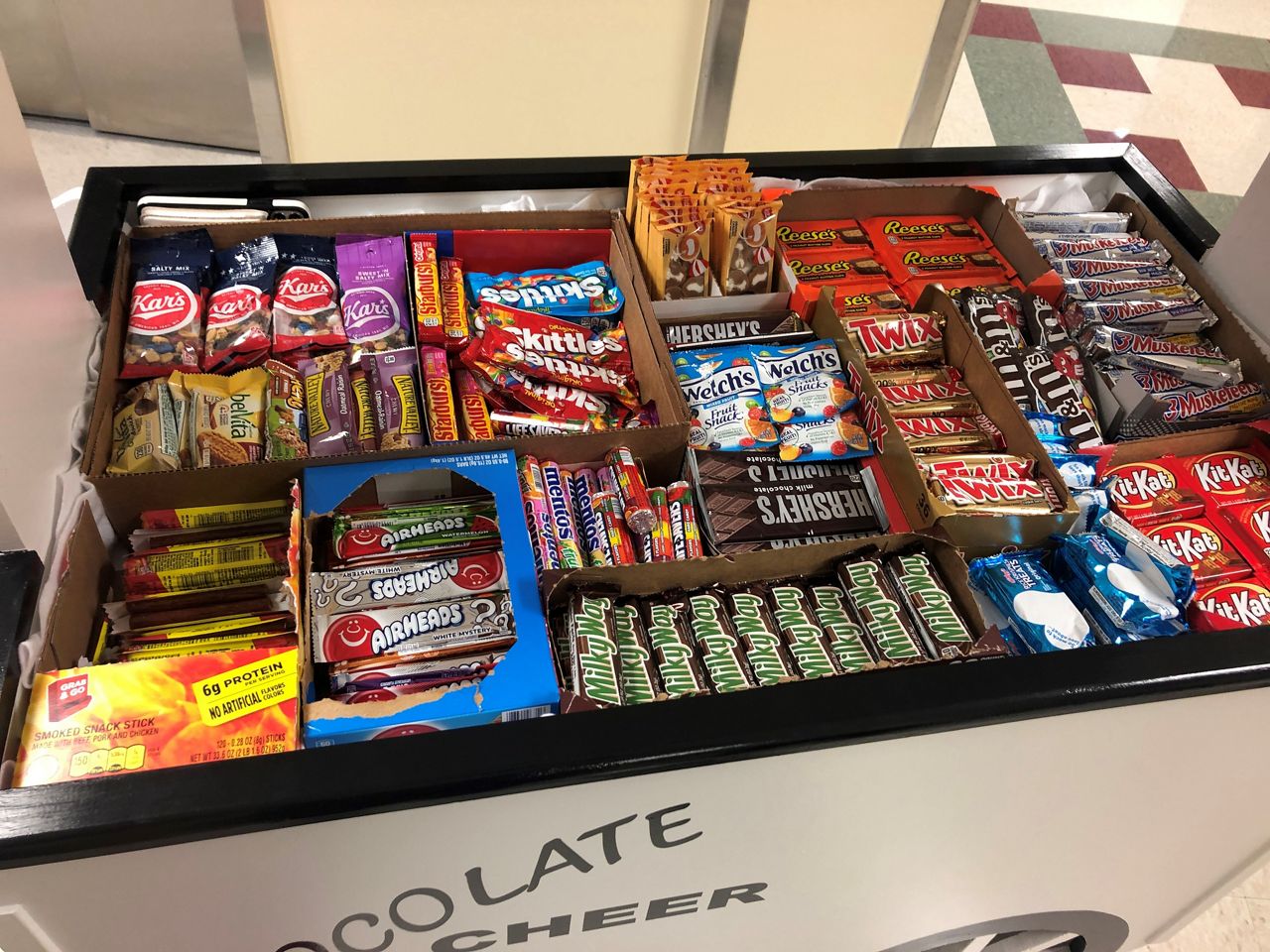 A look inside the "Chocolate Cheer" cart that CAO Melisa Adkins of UofL Health - Mary & Elizabeth Hospital pushes around to give out free candy to employees as a way to show appreciation. (Spectrum News 1/Eileen Street)

Adkins was hired in January last year, but she just started pushing around the candy cart a few months ago due to prior restrictions with COVID-19.

“I’m not just an administrator, but I am a nurse, and I’ve been where they are, and it’s the little things that can make or break your day. If you’re having a tough day, believe it or not, chocolate can make you smile,” Adkins said.

Adkins has delivered the idea before. It was at a hospital in Illinois she worked at two separate times during her career.

“So when I came back, I had an anonymous letter on my desk that asked if I would bring 'Chocolate Cheer' back to that hospital, and so because they enjoyed it so much, I wanted to do that for this hospital and the employees here,” Adkins explained.

The opportunity also gives Adkins a chance to get out of the office and truly connect, whether it’s giving a consoling hug to a staff member or chatting with a professor about hiring her students.

Adkins said it takes a few hours to make the rounds to every floor of every department in the hospital, but what she delivers is priceless.

“Especially with everything they’ve gone through this past year, if we can bring a smile to their faces by giving them candy, it’s worth it,” Adkins said.