Money from the Roethlisberger Foundation is helping get Duke up to speed. (Covington Police Department)

COVINGTON, Ky. — A star quarterback in the NFL is helping pay for a Northern Kentucky police department to add a new officer to the force.


The funding is much needed as the training, boarding and medical fees aren’t cheap for this particular officer, who has to fill the big paw prints left behind by his predecessor. 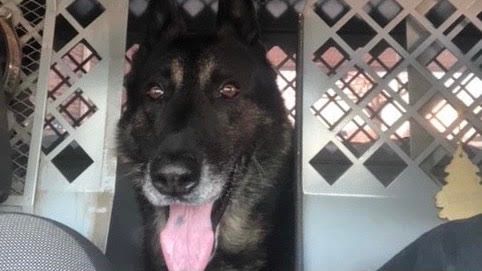 Ernie was a legend within the Covington Police Department. (CPD)

“He’s been through a lot. He’s well decorated. He was in a serious car accident, and came right back to work. He was shot twice while our officers were exchanging gunfire with an attempted murder suspect,” Nader said. “He had to get bandages on his paws and he came back to work again.”

The result of that incident was “Ernie’s Law,” which made the assault of police dogs a felony in Kentucky. It’s just one of the many contributions from the veteran K-9.

The Pittsburgh Steeler quarterback’s foundation supports the establishment of new K-9 units, replacement of retiring dogs, purchase of safety and training equipment, and training and certification of new and existing K-9s and other K-9-related expenses through The Giving Back Fund. 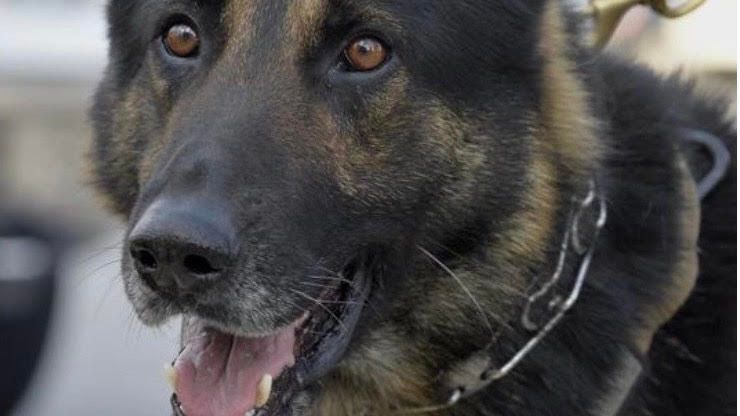 Ernie is the namesake of “Ernie’s Law,” which made the assault of police dogs a felony in Kentucky. (Covington Police Department)

The foundation has invited police departments located in and around cities where the Steelers play to submit proposals based on their needs. It has distributed more than $2.3 million since 2007, nearly $2 million of which has specifically benefited K-9 programs.

But when the Covington Police Department (CPD) applied the first time around, it was denied.

“At the time, we couldn’t find the right dog,” Nader said.

In September 2020, CPD applied for the grant again.

Ernie was getting older. He was diagnosed with cancer and forced into retirement after eight years of service.

“Ernie got sicker. He wasn’t jumping in the car as much. He lost his enthusiasm for work,” Nader said.

He was laid to rest Jan. 29 of this year. It was a sad day at the department. The handlers that work with the dogs live with them, feed them and do everything with them.

“These are partners for life,” Nader said. “It’s another officer in our eyes.”

CPD found Ernie’s replacement in Duke, who would join Holly and Zino in filling out the department’s K-9 unit.

The dogs chase down bad guys, help with drug searches and keep officers and the public safe.

“So if you’re chasing, say, a felon with a gun, and they run into the woods, you know the woods, you can’t see at night. The dogs go in. Or if you have a burglary in process at night, it’s just safer, because they can find the person who’s hiding,” Nader said. “Just sometimes having the dog there, and hearing the dog bark, will calm people down, so that’s a good thing.”

Buying them, training them and treating them is not cheap.

“Because we get German, German Shepherds,” Nader said.

Finally, the call came in.

“The Ben Roethlisberger Foundation reached out to us and said, ‘hey, you’ve been awarded 10,000 to buy your new dog,’” Nader said.

The foundation threw a bone to CPD in the form of $10,000 to help get Duke up to snuff. It’s also helping pay for veterinarian, food and kennel costs.

The CPD was one of 15 to receive grants from the foundation this year, and the only Kentucky department to be awarded funds.

It is the 14th and final grant cycle from the foundation, which will distribute more than $90,000 this year.

“I think he’s just a great person that supports our four legged athletes, our partners,” Nader said of Roethlisberger.

CPD’s K-9 unit has been around for 52 years. All dogs and handlers go through six weeks of training to become certified.

While he’s still learning, Duke is now certified and ready to pick up where Ernie left off. Nader said the dogs are kind of like professional athletes, but with shorter careers.

“These little fellas, they work their butts off, and they’re loyal. And they just want to do a good job,” Nader said. “Unlike Ben Roethlisberger who does 17 years in the NFL, our dogs are athletes, but they don’t last as long.”