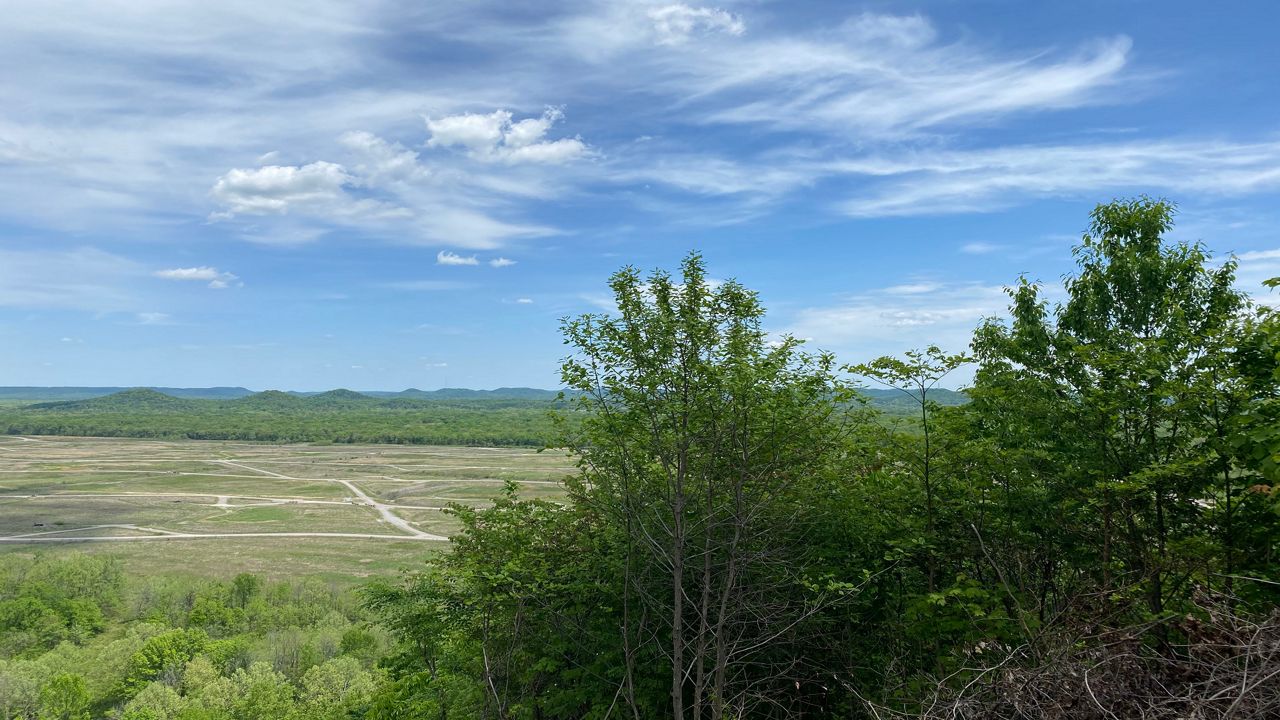 Here is the view from 300 feet above the site in Fort Knox. (Spectrum News 1/Michael Cadigan)

FORT KNOX, Ky. — Construction is underway on a new high tech live-fire range at Fort Knox that will combine training from the ground and the air. When finished in 2023, it will be the only one of its kind east of the Mississippi River.


The U.S. Army Corp of Engineers and Fort Knox are in the middle of construction on a Digital Air-Ground Integration range, or DAGIR. Rodney Manson works as the range management authority at Fort Knox. Manson explained to Spectrum News 1 that the project will be a game changer for training.

“I know from my standpoint, I’m very excited and almost wish I was still in the Army to be able to use it because this is going to be one of the most advanced ranges the Army has,” Manson said.

The new range will make it possible for military personnel around the United States, and even abroad to coordinate and practice and accomplish missions from the ground and air simultaneously. The data gained from the instruments will serve to give reviews for what went right, what went wrong and necessary corrections that have to be made for the training participants.

“We did a lot of the training here before, we just never had it integrated together,” Manson said. “That’s what this range will truly do. It will allow that commander to put everything together into that event so he can train and get better at it.”

The future range will be the only one of it’s kind east of the Mississippi River. The area is 8 kilometers long and covers roughly 3,000 square acres. The $45 million price tag for the project is split with $26 million allocated for construction and another $19 earmarked for instrumentation for the fully computerized range. Manson said the Army saved $25 million by executing the project at Fort Knox.

“We were able to save the Army a lot of money by building the range here because we are putting it over an existing range which was a multipurpose range heavy,” Manson said.

Cole Gehlhausen, the CRO on the project, said work began on site in March 2020. He explained there’s a lot of excitement with his office working on this because they get to experience the growth of this range and what it will become in a few years.

“They are seeing the upgrades happen. It’s cool to see those and those guys seeing it upgrade. It’s a really cool and different project that we don’t get to do all the time so we are happy to be doing this,” said Gehlhausen.

Construction is expected to finish in 2022 and all the installation for the digital side of the range will take another year and be ready in 2023. Manson said the Army can’t wait to be able to put the new range to use.

"I know the aviators at Fort Campbell are really looking forward to it because they don’t have anything like this at Fort Campbell now or even east of the Mississippi, there’s nothing really close to what this thing will end up being.”