Foster families needed for dogs rescued with 100+ other neglected animals

PADUCAH, Ky. — More than 100 animals were removed from a Paducah home Wednesday after they were found with no water, food, electricity or ventilation.


The animals were removed from the home by Paducah Animal Control and then transported to animal shelters across the state and country by Guardians of Rescue, a nonprofit to help animals.

Out of those rescued, 77 were dogs. The rest were cats, chickens, horses and pigs.

The rescue crew was shocked by what they found at the home.

"The smell of ammonia was very overpowering. You walk in and immediately, if you don’t have the proper equipment, your eyes, your lungs, your throat begins to close up. None of these dogs had food and water. They were stacked from floor to ceiling in kennels,” said Guardians of Rescue Director of Field Operations James Houchins.

Not only did the dogs appear malnourished, but many were also injured.

“Others had limbs that were broken, legs, paw injuries and everything had been untreated,” said Houchins.

Although the animals were suffering from injuries and hunger, Houchins says the animals looked hopeful that help arrived. 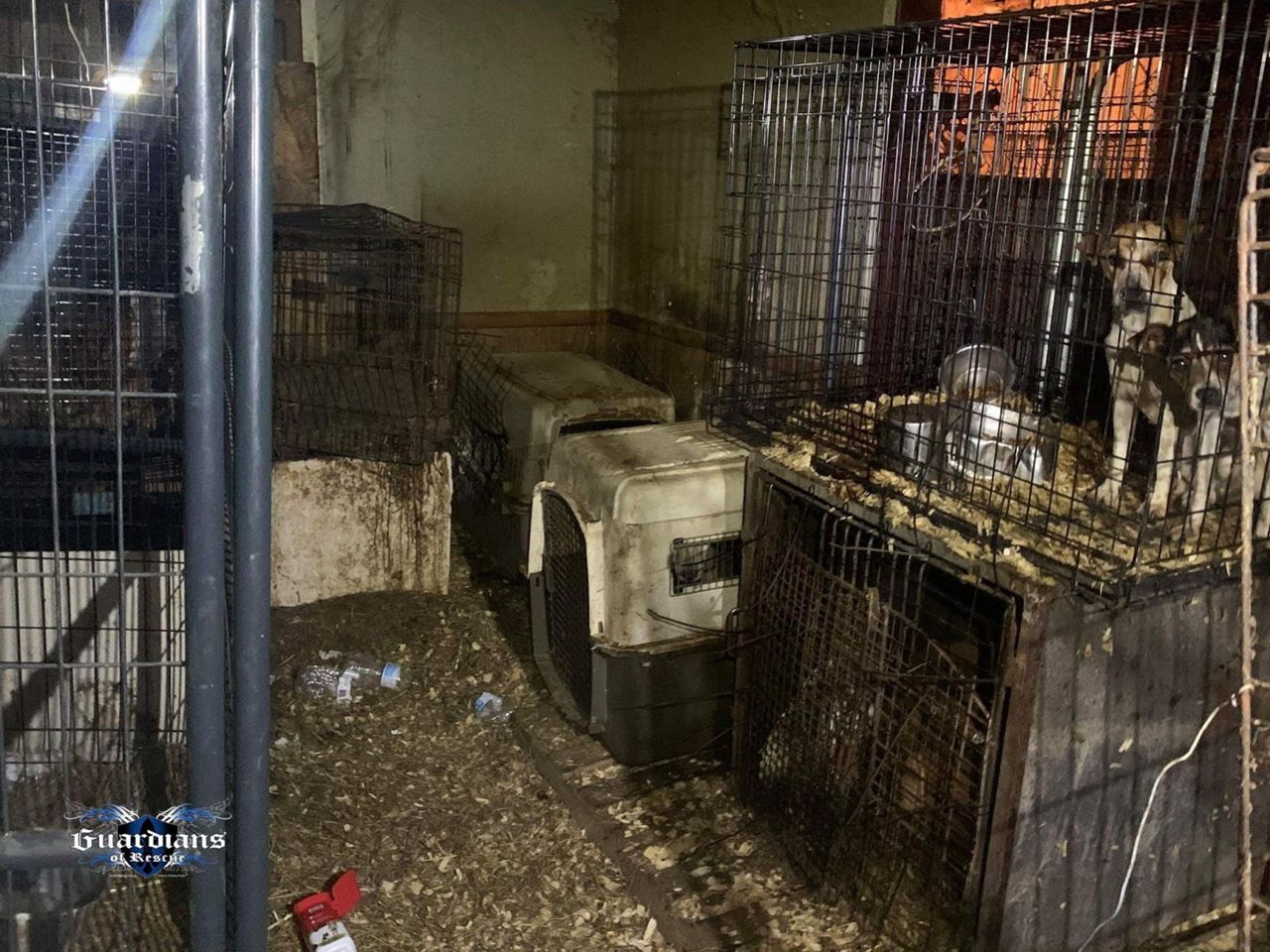 The animals were found in dirty cages with no food or water. (Guardians of Rescue)

The animals were transported across the state and country to safe facilities to be treated.

Seventeen of the dogs were taken to the Kentucky Humane Society (KHS) in Louisville.

While the humane society eagerly welcomed the rescues, it is full of large adult dogs and is looking for new foster families to take in some of the dogs.

Essential supplies to foster an animal are provided by KHS, so the only thing fosters need to have is TLC.

“After coming out of that situation, they need to know that they are loved, they’re cared for and spend the rest of their life on a couch. That’s what they deserve,” said Houchins.

One of the rescued dogs was a 5-year-old Shepard mix who was found in a filthy cage that was too small for her to stand in.

She was given the name “Miracle” the day she was removed from the home.

“We’re calling her Miracle because there’s no way she should be alive right now,” said Houchins.

“Most people would have given up on her. We know it is going to be a very costly procedure, a very costly time of testing, MRI but it’s all worth it for her,” said Houchins.

Miracle is now with a foster family in Lawrenceburg.

Guardians of Angels will post updates about Miracle and the other rescues on their Facebook page. You can find information on how to support the animals there as well.