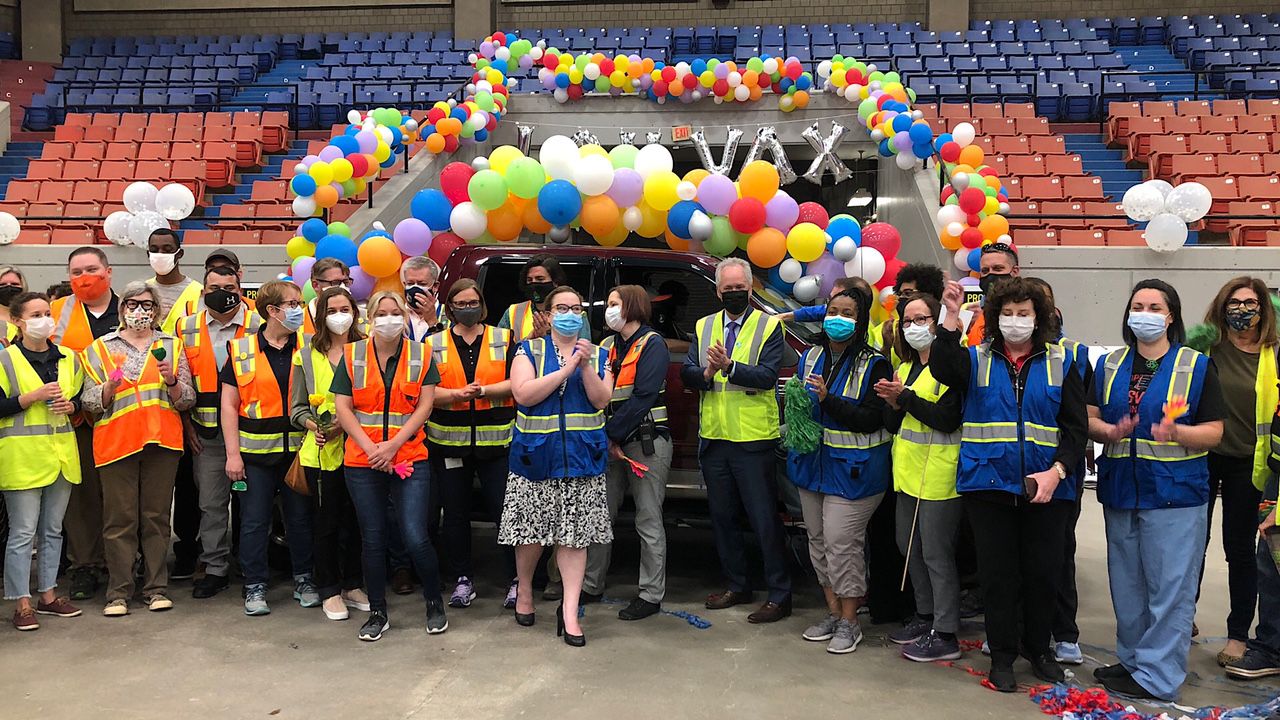 Louisville's public health department team and some LouVax volunteers who made the mass vaccination site at Broadbent Arena possible pose for a photo together Tuesday.(Spectrum News 1/Eileen Street)

On Thursday, the drive-thru COVID-19 vaccine site will close its doors at Broadbent Arena because of a new focus by Louisville Metro Public Health and Wellness (LMPHW).

“We started in the dead of winter in January, and to see this operation scale up, and the number of people that have been through here has really been amazing. I’m so proud of this team,” added Hartlage.

Tuesday morning was not only a celebration of the 100,000th COVID-19 shot given at LouVax, but it was also a time to celebrate the volunteers and LMPHW’s team that made LouVax at Broadbent Arena possible. 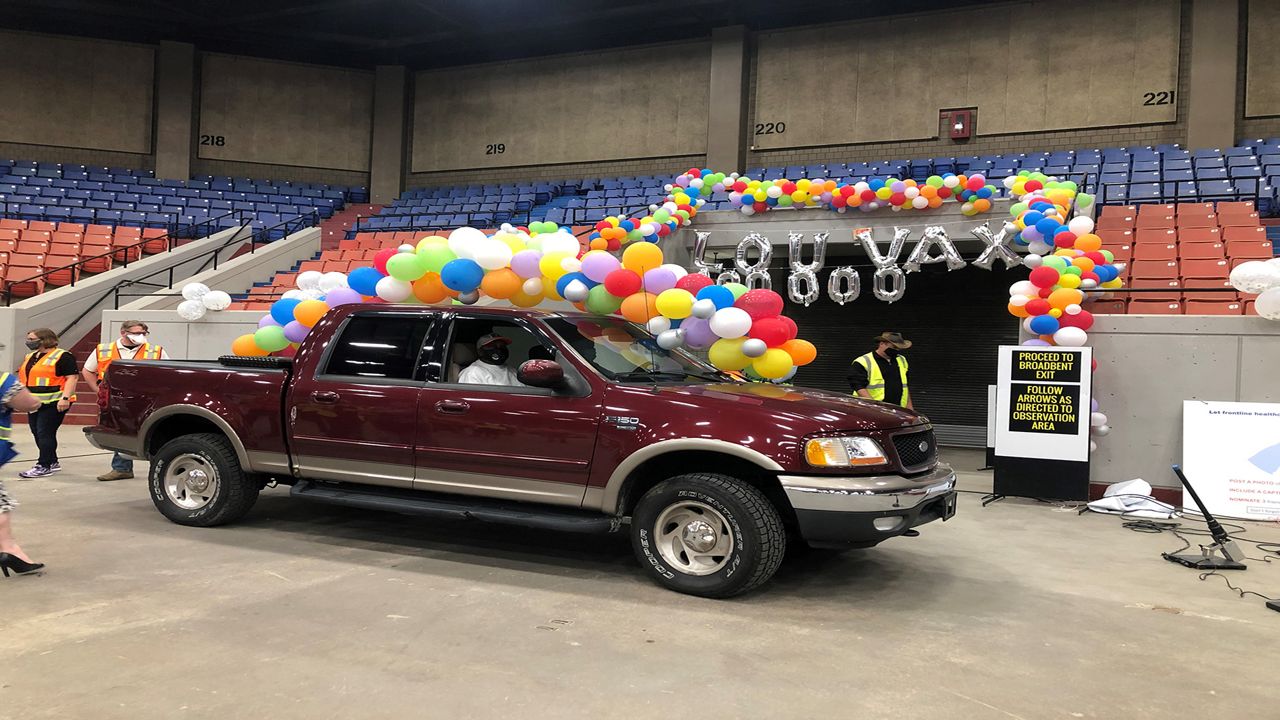 This Thursday will be the last day that LouVax volunteers at Broadbent Arena vaccinate people against COVID-19.

“It is a little bittersweet to be leaving this dusty arena behind here in a couple days,” Hartlage commented during the Tuesday morning press event.

Since Kentucky now has its largest regional mass vaccination site at Cardinal Stadium in Louisville, LMPHW will now focus its efforts on ramping up LouVax Mobile.

Louisville Mayor Greg Fischer said COVID-19 vaccinations have slowed down in Louisville, especially for people between 20 and 40 years old, so LouVax Mobile is crucial.

“And so the more we deploy into the community, the more we are going to see people take the vaccine,” Fischer said.

Hartlage said LouVax Mobile started about a month ago and currently hosts five to 15 mobile vaccination sites a week.

“For example, one of our recent LouVax Mobile missions we went to a mobile home park in the South End where most of the residents don’t speak English. It’s a majority Spanish-speaking area, and so we were able to vaccinate those people, educate them in a language that they understand,” Hartlage said.

Even though the LouVax site shuts its doors Thursday at Broadbent Arena, many of its volunteers will help with LouVax Mobile.

“The LouVax team is not going away, and we hope to see all of you in your neighborhood soon,” Hartlage said.

Volunteers are still needed to help at LouVax Mobile sites. In addition, Hartlage said LouVax Mobile missions are accepting people without appointments to get the COVID-19 vaccine. Locations with 20 or more people to vaccinate, such as churches or local businesses, can host a LouVax Mobile pop-up site. For more info on all of this, call the LOU COVID Helpline at 502-912-8598 or email louvaxmobile@louisvilleky.gov