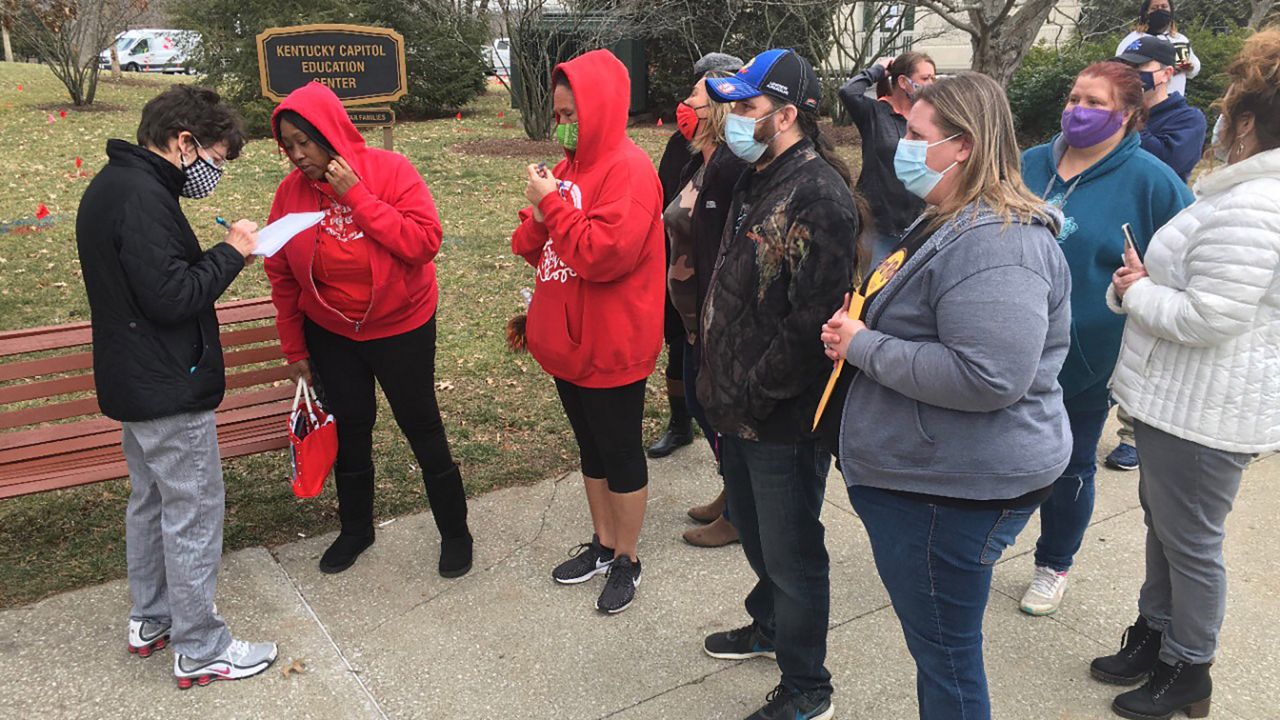 FRANKFORT, Ky. — Kentucky plans on bringing back a key requirement for unemployment filers.


Starting May 9, anyone seeking unemployment benefits will have to prove they’re actively looking for work again, a requirement the state waived once the pandemic started.

For unemployment filers, this means they need to keep records on the businesses they contact for work:

Some exceptions will be made, but largely the requirement will mirror what Kentucky had in place before the pandemic started. At least four other states — North Carolina, South Carolina, Nevada and Idaho — have all announced plans to reimplement work search requirements recently.

The move could complicate Scarlett Tracey’s pursuit of benefits she has been seeking since January, when the unemployment she was receiving was cut off due to an identity issue.

Tracey went to the capitol in late February as part of a group protesting over their issues with unemployment.

Tracey, who lives in Frankfort, spoke with a member of the governor’s office to get help that day, but she hasn’t heard anything since.

“I’ve sent in all the information and I haven’t heard anything back,” Tracey said. “No return emails, a phone call, you can’t get anyone on the phone.”

Tracey is one of thousands with unresolved claims, and all she knows is her claim was flagged for identity issues.

She still files every other week, but then the state took the unemployment site offline due to security concerns earlier in April, so she needed to start a profile from scratch.

And soon she’ll have to also prove she’s actively looking for work again.

“You are allowed a reasonable period of time to find work that is comparable in pay and skill level to your most recent employment,” said Amy Cubbage, deputy secretary of the Kentucky Labor Cabinet.

Tracey was a bartender before she was laid off in March last year.

She says trying to find a job with the same paycheck with restaurant restrictions where they’re at will be difficult.

“I had a killer job. I loved my job and I could probably go back and work there but it still wouldn’t be the same opportunity I had last year,” Tracey said.

And she’s still concerned with her safety.

“I have a lot of uncertainty for me and my children right now,” Tracey said. “I’m a single mom with two kids and it’s a one-man-show over here so I’ve gotta be careful with what moves I make.”

Tracey said the COVID relief payment Congress passed earlier this year helped keep her bills paid, but that’s all gone now and she’s not sure what the future holds.