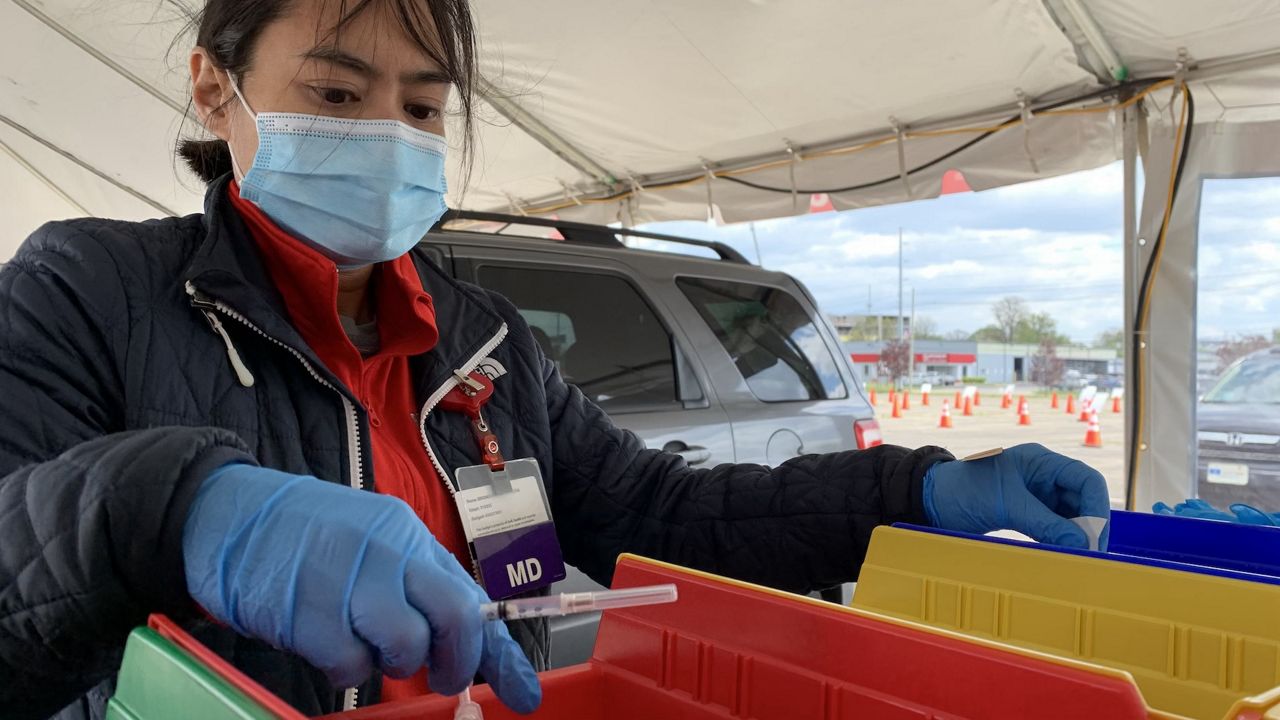 Appointments down at Cardinal Stadium vaccination site: 'This is sad.'

LOUISVILLE, Ky. — UofL Health officials said they can vaccinate up to 5,000 people in the parking lot of Cardinal Stadium. But since it opened two weeks ago, appointments are down.

When we visited the site Thursday, two out of 28 lanes were open to receive vehicles, and the line in each was not long. National Guardsmen stood together and chatted for multiple minutes before a new car would arrive requiring their direction.

Dr. Valerie Briones-Pryor setup Jewish Hospital's COVID unit and helped treat its first patients last March. Since February, she said she's been helping administer vaccines wherever she can. We spoke with her in between doses at the stadium.

"Yeah, this is sad," she said as she glanced over at a short line of cars. "I was here on the day we opened and it was a wonderful day. We were packed with cars to the point where it was just hopping all day long."

Briones-Pryor, who has said she remembers each patient she has lost to the virus, wondered aloud what more could be done to convince Kentuckians to get the vaccine.

"What is it, those things that they’re hesitant about," she asked. "Is it something that I can help them through? And that’s what frustrates me, because now I feel like I’m not doing enough, even though we’re out here doing everything we can. I do, I feel there’s more that we can do. I just don’t know what that is."

She cautioned the unvaccinated who act as if they will either not get infected or not suffer symptoms if they do.

A recent NPR and Marist poll found one-in-four Americans said they will refuse a vaccine, with another 5% undecided. That puts at risk the herd immunity desired by many medical experts.

The site opened two weeks ago – lines were long and nurses smiled under their masks. Now, Briones-Pryor says she thanks every single patient who drives away from her with a bandage on their shoulder.

Regular hours at Cardinal Stadium are 9:00am to 6:00pm Monday thru Saturday. They had been extended for one week to try and attract more people who leave work later than 5:00.