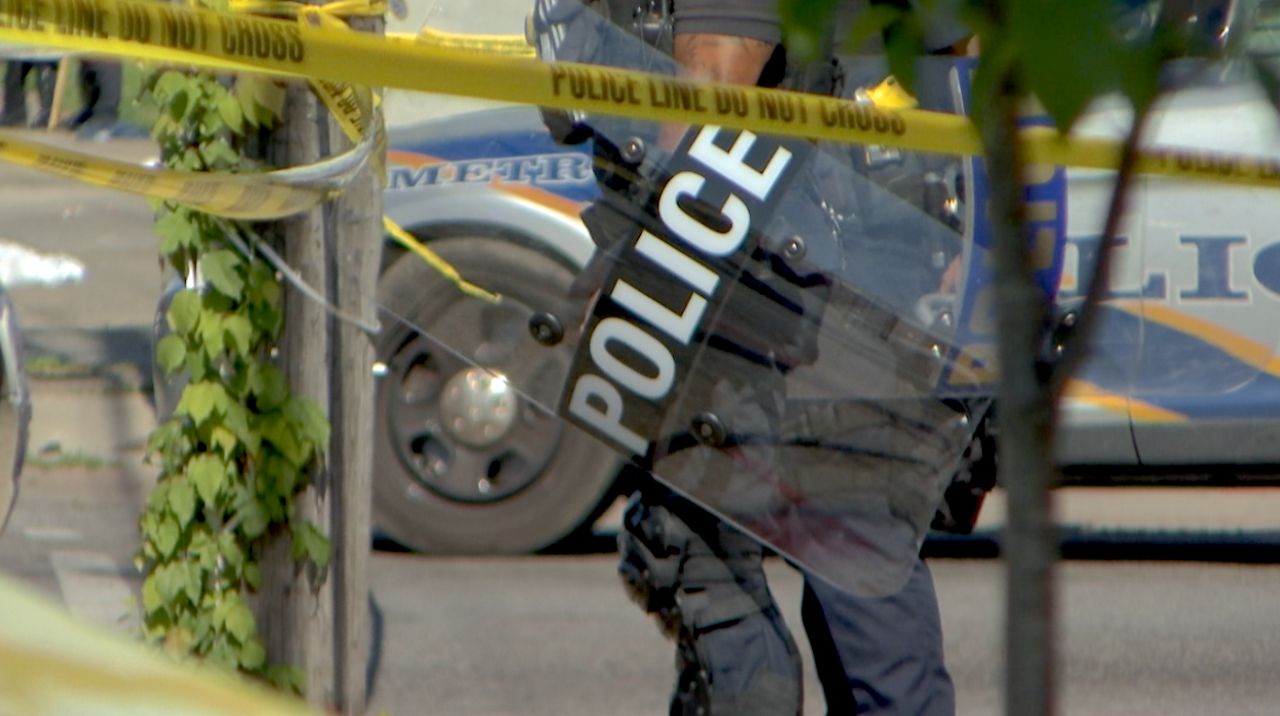 LOUISVILLE, Ky. — Some Kentucky lawmakers are renewing a push to give subpoena power to Louisville’s civilian review board after video surfaced of a Louisville police officer punching a man during an arrest.

"It made me sick to my stomach," said Minority Floor Leader Sen. Morgan McGarvey (D, Louisville) Tuesday. "I mean, you saw a person on the ground who wasn’t doing anything getting punched in the face. It was hard to watch."

A joint statement from McGarvey and Minority Floor Leader Rep. Joni Jenkins (D, Shively) condemned the arrest and stated in part, "This inhumane act shines new light on the need for the General Assembly to grant subpoena power to Metro Louisville's newly created Civilian Review and Accountability Board."

Formed in the months that followed the police killing of Breonna Taylor, the board is made up of community members who will review police disciplinary matters, working with an inspector general.

"I hope that they have all the tools they can to make sure they get all the witness statements, all the cell phone videos, so they know what’s going on, they can make a determination and a recommendation that can help hold people accountable," McGarvey said.

During the legislative session, McGarvey introduced Senate Bill 247, which would give the boards, through an inspector general, the ability to subpoena for witness testimony, documents and records after approval by a judge.

Rep. Jerry Miller (R, Eastwood) introduced House Bill 309, which would give indirect subpoena power to the board through a request to a Metro Council committee.

Lawmakers could not agree on a bill before the legislative session ended.

"That was a way that I thought we could get it through, get that ability to allow the citizens to understand exactly what’s going on and be able to develop trust in the process," Miller said Tuesday.

Miller’s bill would not have expanded existing subpoena power and could have limited what the inspector general was able to review, McGarvey told Spectrum News.

"That’s part of the controls that when a Legislature gives subpoena power, it’s an awesome power, and just because Sen. McGarvey wants it or Mayor Fischer wants it, doesn’t mean the Legislature’s going to give it," Miller said.

Miller had not seen the arrest video or body camera footage and did not have a comment on it, he said.

The department has opened an internal investigation.