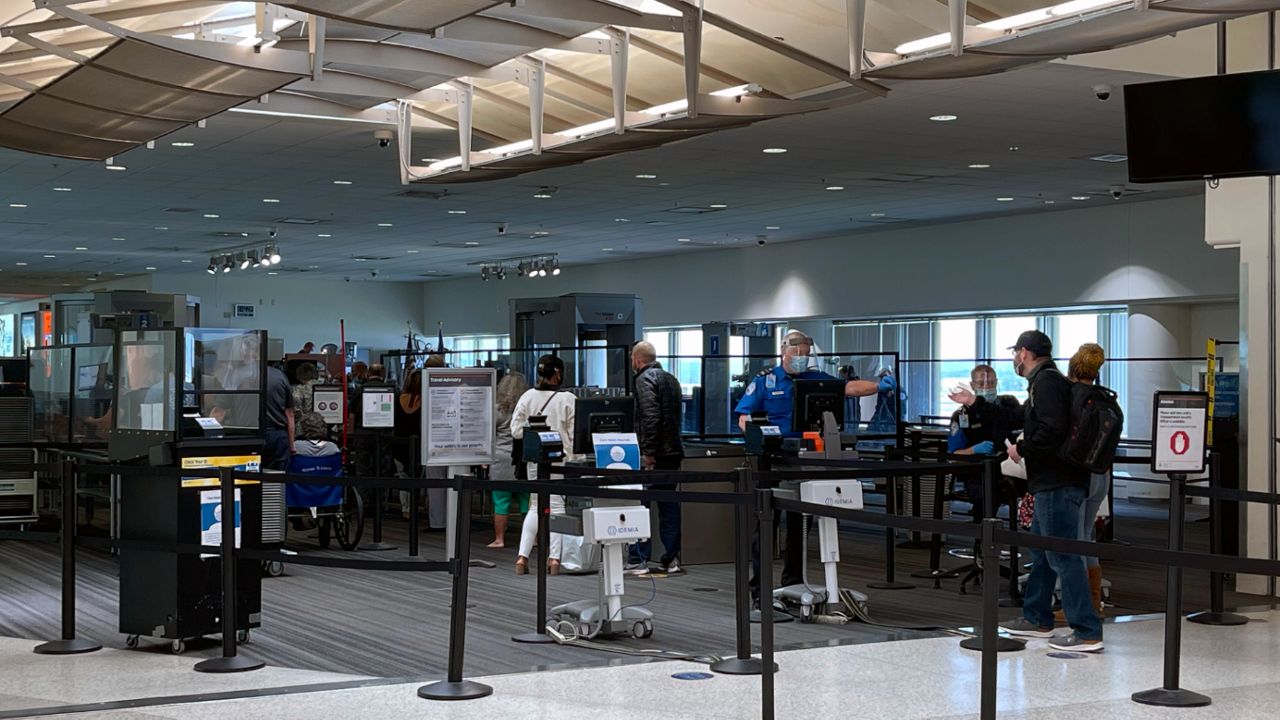 Volume at Kentucky airports is taking off

LOUISVILLE, Ky. — Traffic has been picking up at Louisville’s Muhammad Ali International Airport (SDF). It’s a sign Kentuckians are feeling more comfortable traveling again after a year cooped up at home during the pandemic.


Louisville resident Dan Pellissier is no stranger to airports, as his job requires a lot of travel. Like everyone, he halted that travel for a while in the early days of the pandemic. In October, he started flying for work again. He said travel had never been easier in terms of wait times at security.

“When I would fly into bigger airports they would be virtually empty. That was a little odd and creepy, but I’m definitely seeing it pick up now,” said Pellissier.

That volume ramping up is a sign people are feeling less hesitant about hopping on planes now.

“We had both rounds of vaccinations. I did have COVID[-19] last November,” said passenger John Bemarines. “Between having it and vaccines, I’m not that worried about it any longer.”

Anthony Gilmer, the director of marketing and air service development at Louisville Muhammad Ali International, said the slow travel rebound started last summer. However, it has really been picking up steam as of late.

In March, the number of passengers at SDF increased to more than 60% of 2019 traffic levels for most of the month. Spring break marked the busiest week at SDF since the start of the pandemic. Passenger traffic at SDF is outpacing the national average.

“These numbers tell us that Louisville is in a robust recovery and we are glad to see our customers taking to the skies once again to connect with friends and family and conducting business face-to-face,” said Dan Mann, executive director of the Louisville Regional Airport Authority. “Our airline partners have quickly responded to the increased demand in people traveling by adding capacity and new service. We are quickly trending towards pre-pandemic levels, leaving us very optimistic as we look towards the summer travel season."

This spring break travel season, the Cincinnati/Northern Kentucky International Airport (CVG) experienced around 50% of 2019 travel volume. Before COVID-19, CVG would see between 12,000-14,000 people go through the security checkpoint. Over the last few weeks, CVG has been averaging around 8,000-9,000.

Last year, CVG saw about 40% of the passenger traffic it had in 2019. Airport officials expect that to improve to about 50-55% over this year.

CVG is adding new airlines. Sun Country comes to CVG on May 14 and Alaska Airline joins CVG on May 20. Viva Aerobus joined in March. This summer, CVG will provide nonstop service to 14 airports in Florida with more than 200 weekly flights. This is more than a 50% increase compared to summer 2019.

In Lexington, travel has been picking up at Blue Grass Airport. During April and May 2020, passenger counts dropped to 90-95% from 2019. Over time, that started to improve. Blue Grass Airport is seeing about 60% of pre-COVID travel volume.

March 2021 had the highest volume at the Blue Grass Airport so far during the pandemic. Travel last month was about 52% of March 2019 volume (pre-pandemic) and 7% better than March 2020 (start of the pandemic).