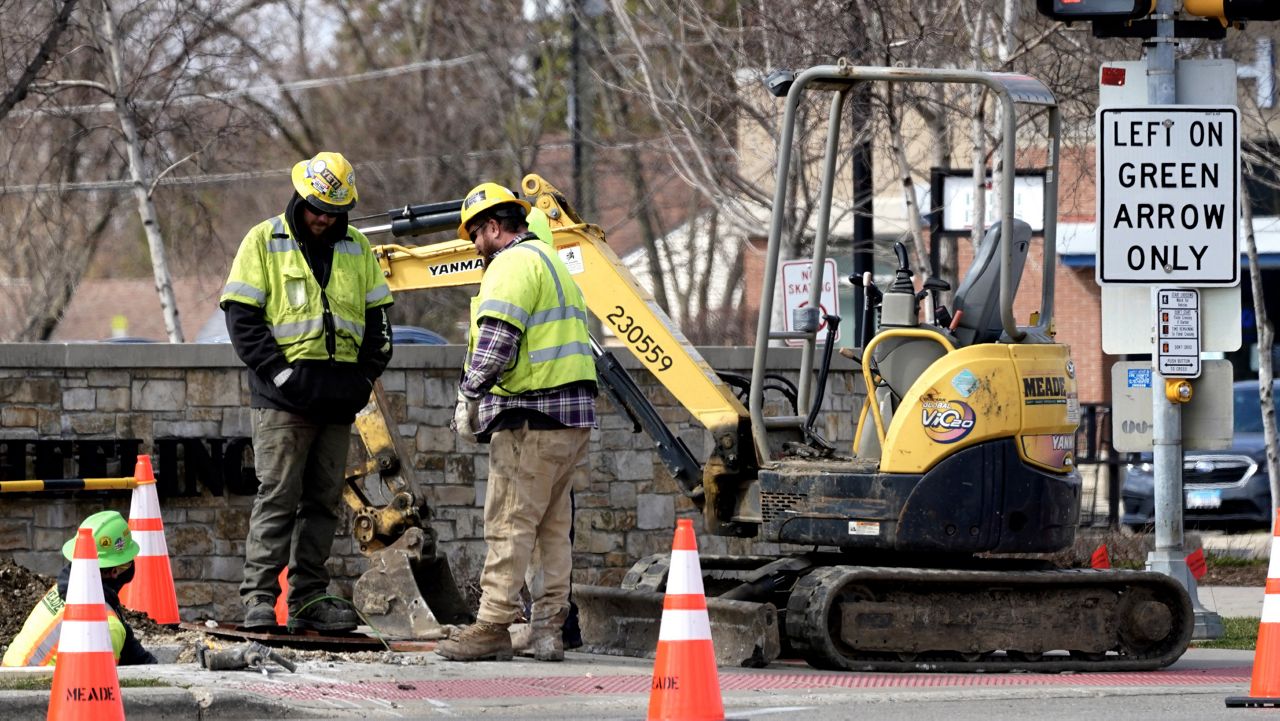 “The maintenance of roads, bridges, public infrastructure is a big deal. It is much more costly to repair and fix if we let it get into a state of disrepair than if we keep up on the maintenance in the first place,” said Greg Erhardt, assistant professor of Civil Engineering at the University of Kentucky.

Erhardt said much of the nation’s infrastructure was built in the 1950s to 1960s.

Kentucky’s infrastructure received a grade of C-minus, according to the White House report.

The data reveals more than 1,000 bridges and 1,300 miles of highway are in poor condition.

Erhardt said a portion of the funding could most likely go toward the Brent Spence Bridge in Northern Kentucky.

“Something like a billion dollars worth of freight crosses that bridge every day, $400 billion annually, and that represents I think about 2% of the nation's gross domestic product in freight crossing that bridge on an annual basis,” Erhardt said.

“It's really just can't even get going because there's nowhere for it to go,” Salzman said. “And so a huge infrastructure bill like this at the federal level is probably the only solution that will be available to us. But it's still gonna require some pretty significant work by our leaders in Frankfort in order to even be able to utilize what is being proposed right now by the White House.”

Salzman said this could be a big issue in Kentucky.

“If it's not coal that's a problem here in the Commonwealth,” Salzman said. “And even when we try to get into the explanations about how this could still maintain coal production kind of classic coal facilities but maybe improving them to what we sometimes called clean coal energy, that it's kind of a non-starter. If you have to go into that much explanation, the, you know, renewable energies are bad for coal country, that's going to be a really tough one to overcome,” Salzman said.

The report also indicates Kentuckians who use public transportation spend an extra 60% of their time commuting.

Nationwide, the American Jobs Plan calls to invest more than $600 billion in transportation infrastructure with $115 billion in repairing roads and bridges.