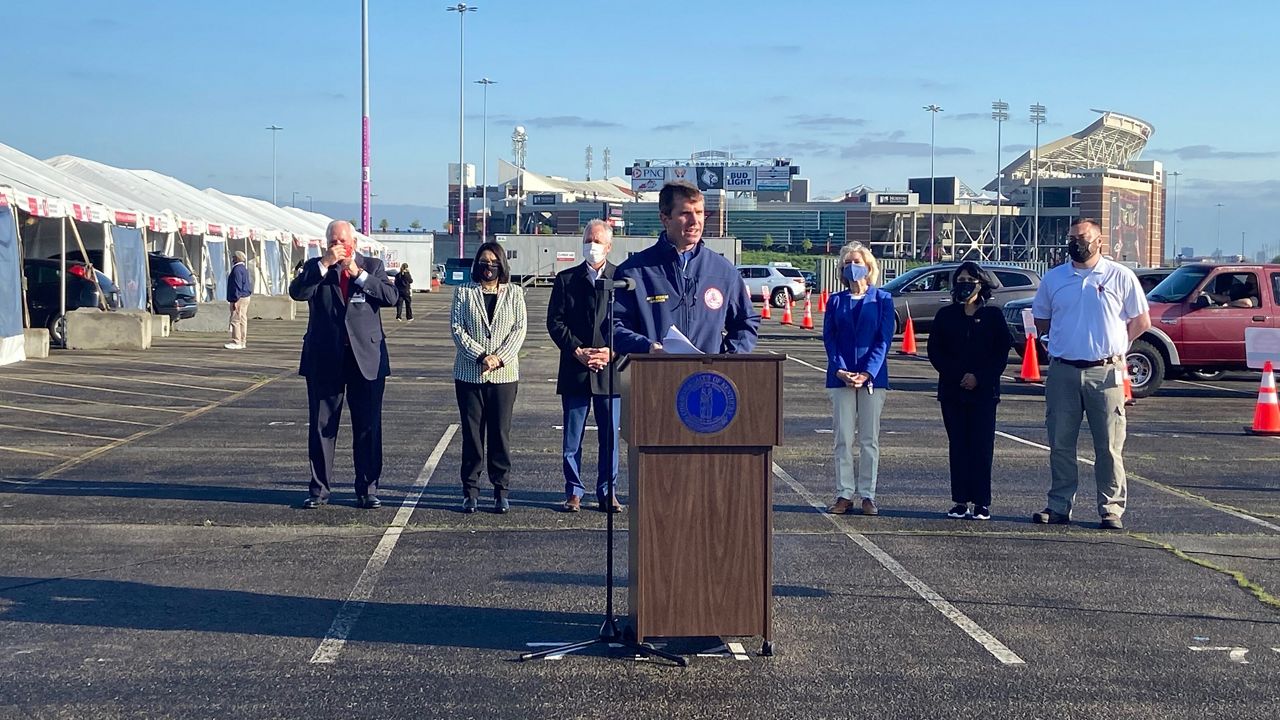 Gov. Andy Beshear announced Monday he will lift certain capacity restrictions if 2.5 million Kentuckians get their first dose of the vaccine.

LOUISVILLE, Ky. — When 2.5 million Kentuckians receive at least their first dose of the COVID-19 vaccine, the governor will lift certain capacity restrictions, he said Monday.

“When we have vaccinated 2.5 million Kentuckians, we will remove capacity restrictions for nearly all venues, events and businesses that cater to a thousand or fewer patrons," Gov. Andy Beshear said. "If you are a restaurant, a bar, a store, a public pool, a country club, a grocery, a funeral home, a wedding venue, a concert hall, a museum, if you put on festivals, if you are a distillery, this is what you've been waiting for."

Beshear issued the "Team Kentucky Vaccination Challenge" at the opening of the commonwealth's largest vaccination site outside Cardinal Stadium in Louisville.

With 28 lanes in operation, organizers said the site could administer vaccines for as many as 4,000 people a day over the next seven weeks.

The site was chosen for its central location and proximity to the medically underserved, leaders said.

"I’d much rather see this lot being used for football games this fall, but today, there’s no better purpose than trying to reach 200,000 vaccines over the next seven weeks," said UofL Health CEO Tom Miller.

Hundreds of medical professionals, volunteers and the National Guard will be helping to give shots to patients like Matthew Mayer.

The Louisville resident said he was looking forward to catching a UofL game this year.

"It feels good and it was pretty easy as far as getting an appointment, coming right in and getting a shot ... 10, fifteen minutes,” he said.

About 950,000 people need to get a dose of the vaccine before Kentucky reaches its first goal, which could take between four and six weeks, according to Beshear.

When Kentucky reaches that goal, the governor will also remove physical distancing restrictions and end the curfew on bars and restaurants, he said.