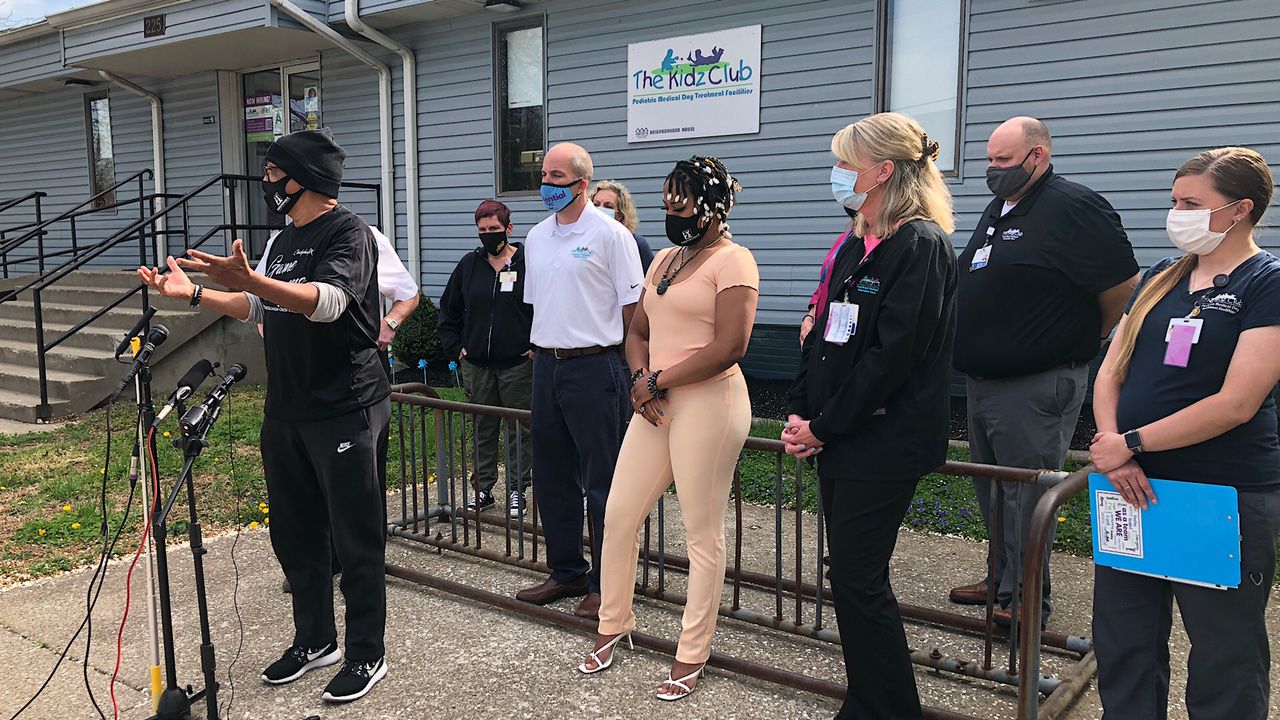 
“We came to this Portland site, and what we found inside was just precious individuals,” said Christopher 2X, regarding the tour his non-profit Christopher 2X Game Changers took of The Kidz Club’s Portland neighborhood location.

The Kidz Club has six locations in Kentucky, with three in Louisville. It offers pediatric health care services in a daycare-like setting with skilled nursing staff for children with various medical conditions, such as diabetes to cerebral palsy. The facilities are licensed to provide skilled nursing daycare for children as young as six weeks old up to young adults aged 21 years old. However, some of the children at The Kidz Club also face other challenges.

“One of our children who is indoors right now, who turned four in March, his father was gunned down and murdered,” said The Kidz Club CEO Lee Zimmerman on Wednesday morning. The two organizations held a press conference outside the Portland neighborhood location to announce the partnership.

Zimmerman added that just because the children they look after have medical complexities doesn’t mean they are any different than other kids experiencing violence in their neighborhood.

“Many of these kids live in a fear that they can’t always identify or even be able to put into words, but, nonetheless, they live in that fear,” Zimmerman said.

“Because these families that are affected by gun violence can have an outlet to handle that form of trauma that’s going on and as well as the fatigue that’s already on top of handling a medically challenged child. The two can just be a downward spiral for many people,” said Game Changers’ Deputy Director Christie Welch.

For example, the two organizations are working together to pair the mother of the four-year-old who lost his father with Game Changers.

“And I think that’s another resource for her in terms of, you know, finding ways to deal with the emotional calamity that has struck her,” Zimmerman said.

2x has a large reach in the community, so he said the partnership is also about opening up the conversation about the effect of neighborhood violence on kids with medical challenges and what The Kidz Club can offer their families.

The goal is to nurture the future of these children by providing more resources for them and their families.

Zimmerman said there is always room for more children at The Kidz Club. More information about their services for children with medical conditions is available online or by calling 888-902-5439. Free transportation is also provided for children, and they have been open during the pandemic.