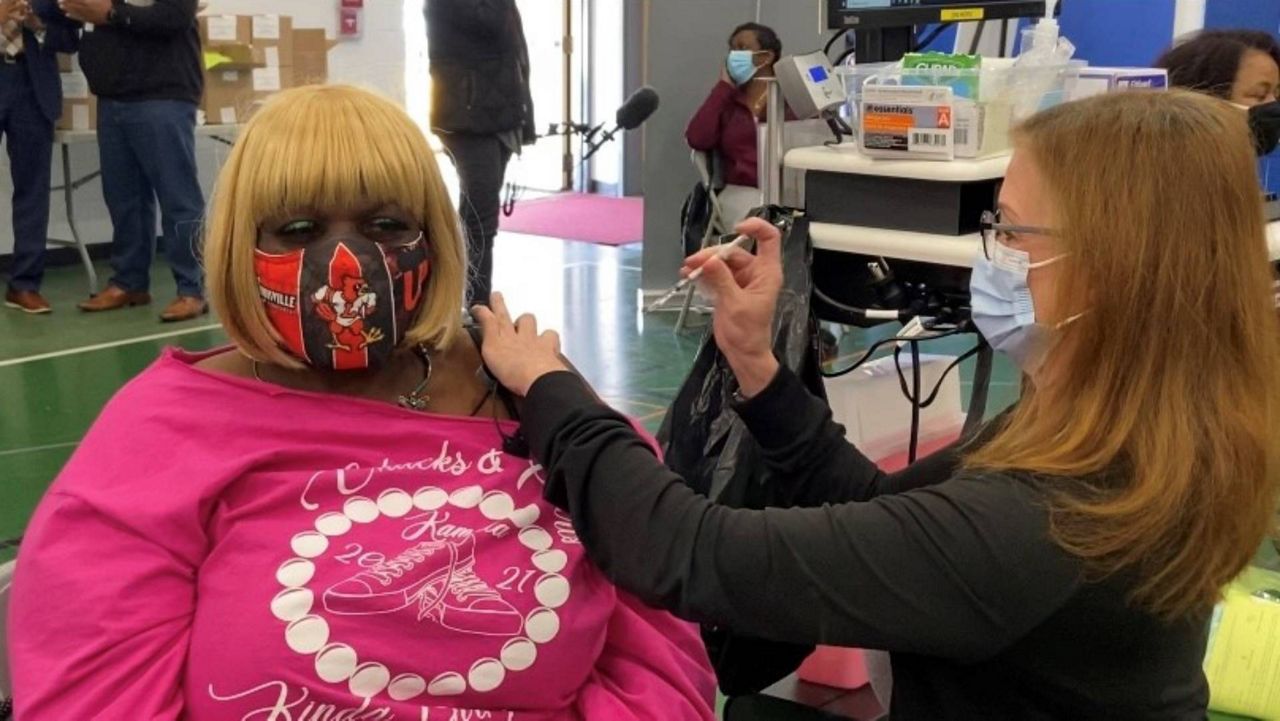 Mary Grimes receives a dose of the COVID-19 vaccine at a new clinic in Whitney Young Elementary School.

LOUISVILLE, Ky. — A new vaccination site has opened at Whitney Young Elementary School in West Louisville. The multi-week clinic is part of an effort to ensure the COVID-19 vaccine is accessible to everyone, organizers said Friday.


Mary Grimes only had to travel two blocks to get there and said she was looking forward to throwing a picnic for her family.

“I think it’s awesome," she said, after receiving her first dose. "It’s convenient and very just close to home and we’re familiar with the school.” 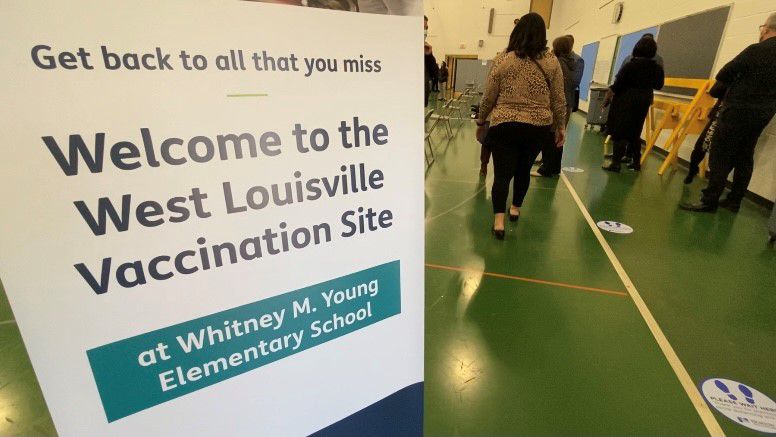 A sign that greeted Kentuckians entering the vaccination clinic.

The clinic is part of a partnership between JCPS, the Humana Foundation, Norton Healthcare, Louisville Metro Department of Public Health, and Team Kentucky.

"We’re at a point, I think, in the disease where by getting together into groups like this, we’re going to be having the most wide impact as possible," said Joseph Flynn, the chief administrative officer for Norton Medical Group. "As we’re going forward, really reaching out to people who maybe have more difficulty having access to care and having access to getting vaccinations."

Organizers said they were prepared to administer hundreds of doses per day and had been working with pastors and community groups to get the word out to those who may not have computer access.

“We have children who are being raised in households with not only their parents, but also their grandparents, aunts and uncles, and so this is really important to be able to give them an opportunity to participate in this vaccine," said Dr. Erica Lawrence, principal of Whitney Young Elementary School.

Frederick Breckenridge, who said he was one of the first students to attend the school when it first opened, also received the vaccine.

"We need to have it in here for this community," Breckenridge said. "It’s just awesome and I would suggest everyone get this shot and let’s move forward."

The site is open Wednesdays through Sundays.

Organizers encouraged anyone interested to make an appointment online, but said walk-ins will also be permitted.