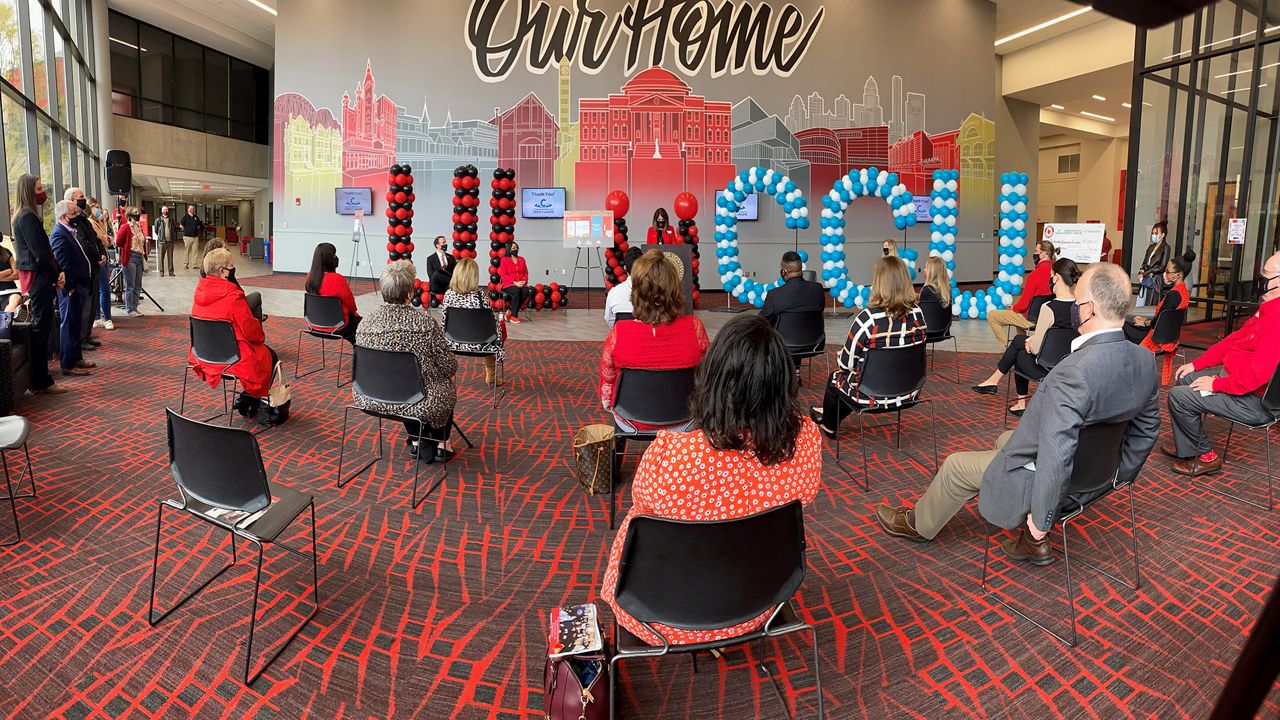 LOUISVILLE, Ky. — The University of Louisville’s Cardinal Cupboard will soon be adding more to its shelves thanks to a major donation. On Wednesday, the Commonwealth Credit Union presented a $1 million check to the Cardinal Cupboard.

Since 2016, the student-run food pantry has been addressing food insecurity in the area. UofL senior Emma Lawson hopes to give back, and that's why she decided to volunteer at the Cardinal Cupboard.

“It is a very unique opportunity and being a senior I've really seen the impact the cupboard has had since its foundation and I really want to get involved and I want to be of help in any way that I can,” Lawson said.

From canned foods to fresh produce, the cupboard has just about everything to meet the needs of not only UofL students, but faculty as well – giving room for students to focus on the most important things.

“The students of the University of Louisville should only be hungry to learn, never hungry for food,” said Karen Harbin, president and CEO of Commonwealth Credit Union.

On Wednesday, members from the University of Louisville and Commonwealth Credit Union made the announcement that the donation will go towards the major renovation of the cupboard as well as student scholarships.

“So although it's an impact on one student and one person at a time it has an impact that will outlast today, that will last well into tomorrow and the centuries to come by the lives that are impacted by the gracious, generous gift from the Commonwealth Credit Union,” UofL Vice Provost for Student Affairs & Dean of Students Michael Mardis said.

The Cardinal Cupboard is available to students, staff, and faculty by appointment Monday through Friday from 9 a.m. to 6 p.m.

“Being a volunteer I've been able to be in the back shadows, seeing these students come in, students that I know personally, you realize that you don't know everyone's story and you have to take everyone's story into account. It’s humbling to see how much impact that we as student leaders can have,” Lawson said.

More information about the food pantry can be found here.