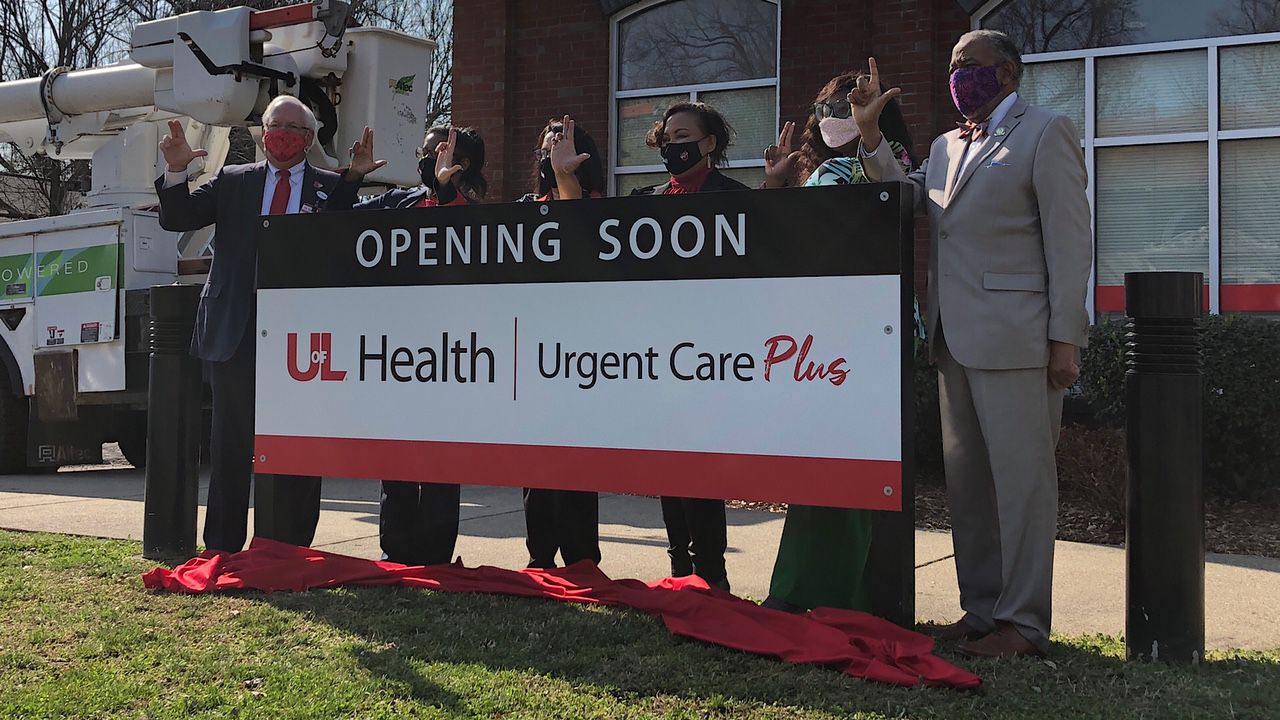 Louisville community leaders spoke Tues., March 23, 2021 about the UofL Health - Urgent Care Plus that will open in summer 2021.

"A Dream Come True For Me": New UofL Health-Urgent Care Plus Coming To West Louisville

LOUISVILLE, Ky. — UofL Health is set to open its fifth Urgent Care Plus location in west Louisville’s Parkland neighborhood this summer. On Tuesday, March 23, community leaders came together to talk about the new center that will be staffed with primary care and urgent care providers.

Tammy Hawkins is a local business owner who advocated for the center.

“It hits so different when you have a Black physician that is knee-deep in the community,” she said, adding that the location is also key for area residents.

“A lot of people don’t have cars. They are on the bus line or they don’t have transportation or they may not even have enough money to get on the bus,” Hawkins said.

According to a UofL Health press release, the UofL Health - Urgent Care Plus in west Louisville will open following a $500,000 renovation and equipment investment. When it does open, residents will have access to various health care services like routine exams to urgent care for minor injuries. Dr. Tamea Evans with UofL Physicians - Primary Care Associates will lead the new center’s medical team.

“We plan on doing some things like having a case worker to help people get rides, helping people to get to specialists. Maybe bringing specialists into this clinic if needed,” she said. “If we find that I have tons of cardiac patients, maybe I need a cardiologist in here once a week.”

The “plus” in the center’s name means expanded care, such as occupational medicine and drug testing. Kentucky Sen. Gerald Neal (D-33), who lives in west Louisville, said Tuesday he’s excited about that part.

“Because the plus means that you’re not just popping in and getting your temperature taken. You’re actually getting some full scale, full range medical assessments where needed. So that’s very important to this community and beyond,” Neal said.

Hawkins said UofL Health -Urgent Care Plus will fill a health care void in her community.

“With the primary care and urgent care so it’s like a dream come true for me.”

Patients are expected to start being seen at the new location at 2746 Virginia Ave. beginning in July.