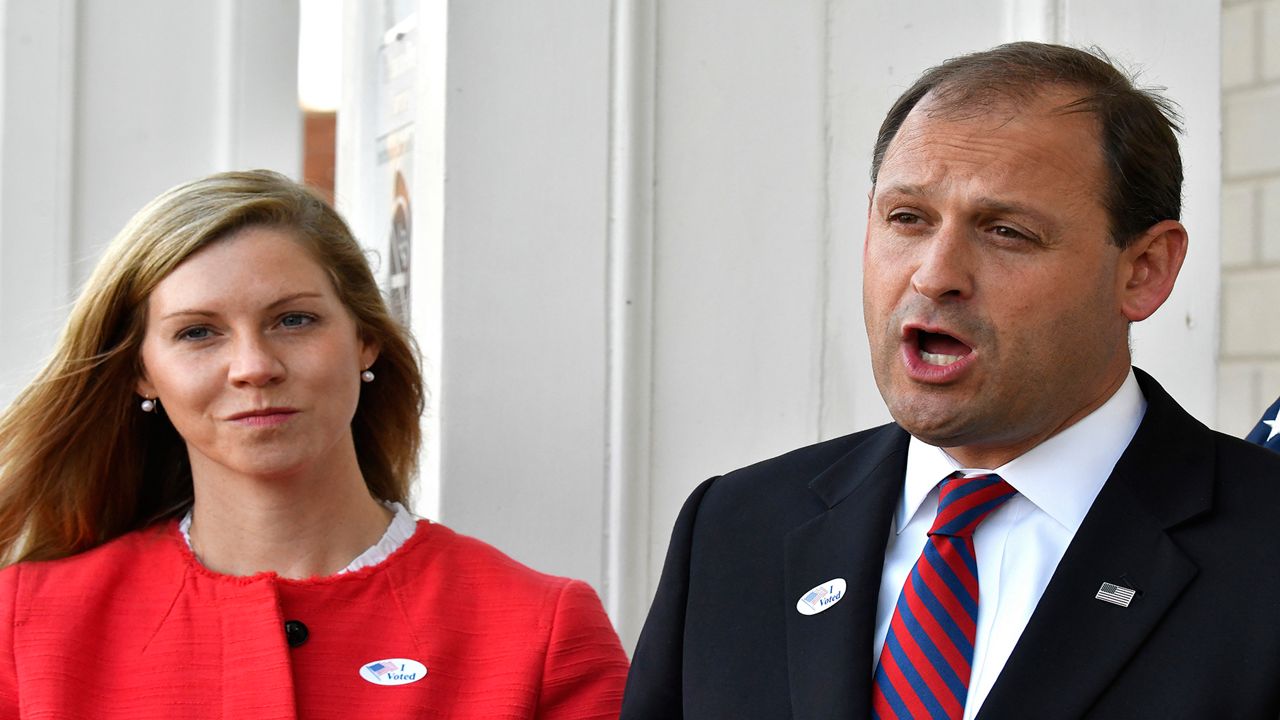 FRANKFORT, Ky. — The Kentucky Senate set aside discussion on its remaining bills Friday to honor the life of Carol Barr, the late wife of U.S. Representative Andy Barr.

Lawmakers paused for a moment of silence and shared condolences with the congressman, who was present for the tribute on the House floor in Frankfort.

“That loss leaves a hole in all of our hearts and Congressman, I just want you to know that you have friends all over the state from both sides of the political aisle who are lifting you and your family up in our thoughts and our prayers,” said Sen. Morgan McGarvey (D - Louisville).

Carol had a heart valve disease that is typically benign, Barr said. Last month, he introduced the CAROL Act to support research on valvular heart disease.

“My wife’s life was a life cut too short, but it was a life of incredible impact and consequence and we want to continue that legacy and she’s going to make a difference," he told reporters after the tribute. "I know we’re going to save lives with this legislation.”

The Senate passed a resolution adjourning in Carol’s memory, calling her a “true daughter of Kentucky” and a “tireless advocate.”

“I’ve been where Representative Barr is and I can tell you it’s not a good feeling," said Sen. Reginald Thomas (D - Lexington). "There’s a lot of loneliness and there’s a lot of sadness that goes with that, but I can tell him that as time goes on, he’ll look back on his days with Carol and he will feel a certain warmth in his heart.”

Barr said he was grateful for the love and support across the Commonwealth.

"To have the State Senate honor my wife in this way is really meaningful," he said.