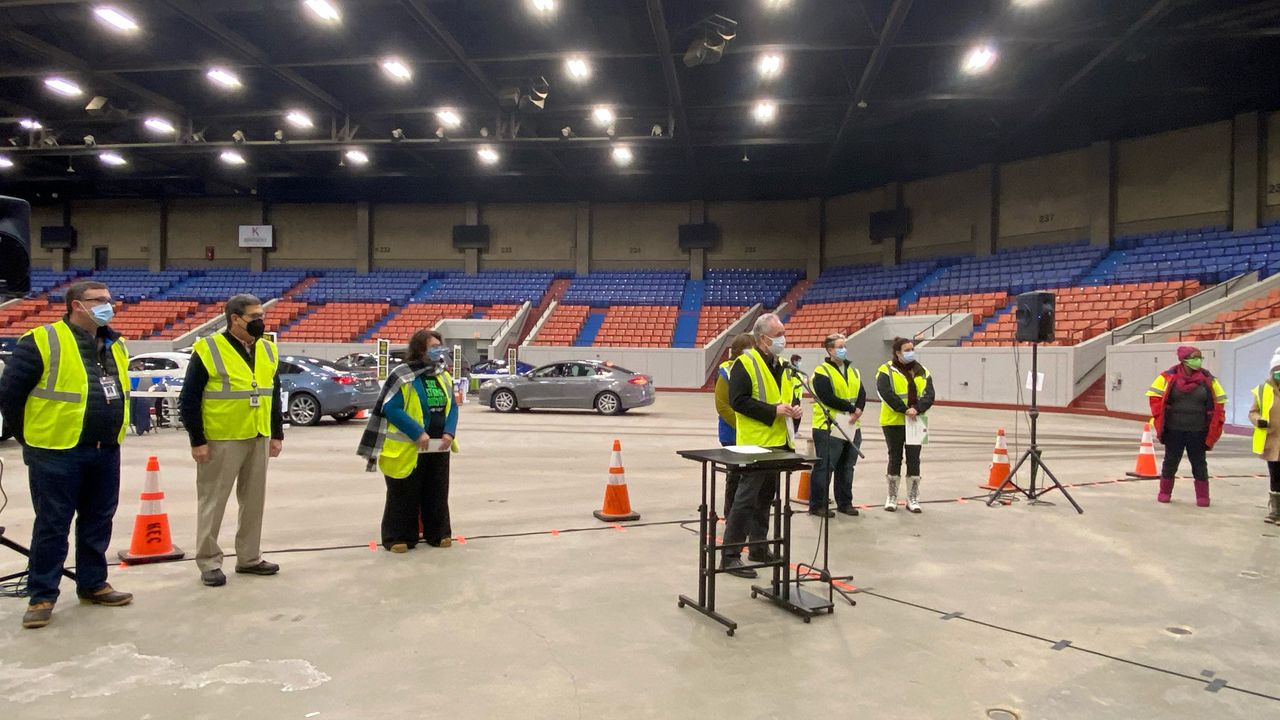 Louisville Vaccination Site Makes Up Appointments Canceled Due to Snow

LOUISVILLE, Ky. — Organizers at Louisville’s mass vaccination site are working to make up appointments canceled due to this week’s snowstorm.

Broadbent Arena was closed Monday and Tuesday but will be open Saturday by appointment only.

“Obviously, the weather impacted us but we are able to reschedule all of those (appointments)," said Connie Mendel, deputy director of Louisville Metro Department of Public Health and Wellness. "If not now, within the coming days, so we have the capacity to do that.”

The site was still able to administer 2,620 doses Wednesday and Thursday with 1,523 expected Friday and 1,000 on Saturday, Mendel said.

“People are ready to roll on a Saturday and I think one of the things we’re going to start seeing here in the not too distant future is, as we have more and more supply, you’re going to see more and more locations administering the vaccine," said Louisville Mayor Greg Fischer. "There may be more shifts here.”

Next week’s appointments are for those remaining in the 1A and 1B categories, including second doses for educators and some patients 70 and older, according to Mendel.

The city estimated the next category — 1C — could begin getting doses as soon as late March.

Leaders are discussing how to prioritize the groups within it, Fischer said.

“The number-one criteria will be age," he said. "Everybody knows with the virus that it is more deadly for people in older populations, so that’s why we started with the 70-plus cutoff and 1C’s going to be at 60 plus.”

So far, 142,983 people in the Louisville Metro area have received their first doses, Mendel said.

Child care workers are also eligible to get the vaccine. Governor Andy Beshear announced this week that they are now part of the 1B category.