In a statement Monday, in conjunction with the BWC footage released via YouTube, KSP Public Affairs Commander Sgt. Billy Gregory said, “During this investigation, and going forward, KSP will follow the standards of procedures [SOP] that have been in place since 2017. These standards require specific steps to be taken to ensure the integrity of the investigation. To protect the integrity of KSP investigations, it is KSP policy not to release specific details of an investigation, including video footage, until vital witnesses and officers involved have been interviewed, and pertinent facts gathered. The investigation could be tainted by the early release of body camera video. As of today, initial interviews of some critical witnesses have been completed and KSP is releasing the bodycam footage obtained from LMPD. Our agency is committed to being transparent while also ensuring the integrity of every investigation. We encourage everyone to remember this video is only one piece of evidence and the totality of every piece of evidence is to be considered without exception during all investigations.”

LMPD’s death investigation of Breonna Taylor led to LMPD reforms announced July 23 by Louisville Mayor Greg Fischer. One of the changes he announced was that for all LMPD officer-involved shootings, KSP will conduct an independent investigation, rather than an internal LMPD probe.

On Nov. 22, LMPD Officer Harry Seeders shot and killed a white 49-year-old male, Brian Allen Thurman, during a traffic stop for a vehicle the officer learned was stolen.

KSP says Thurman wouldn't pull over when Seeders tried to flag him down. Thurman eventually stopped and put his car in reverse once Seeders approached. That's when Seeders opened fire.

In an email, LMPD told the media that the officer remains on leave pending the investigation. The email also said he was injured and is receiving care. According to a personnel file provided by LMPD at the request of KSP, Seeders had no discipline in his file. You can take a look at his personnel file here:

On Oct. 20, LMPD and KSP signed a memorandum of agreement (MOU) that stated KSP and LMPD will follow the policies and procedures required by KSP’s SOP concerning response to officer-involved shootings.

However, in a Nov. 24, 2020 statement, Louisville Mayor Spokesperson Jean Porter said, “KSP later advised that the agreement was mistakenly signed and needed to be revoked, pending changes requested by the State Justice Cabinet – but agreed to serve as investigating agency for critical incidents, including officer-involved shootings.” 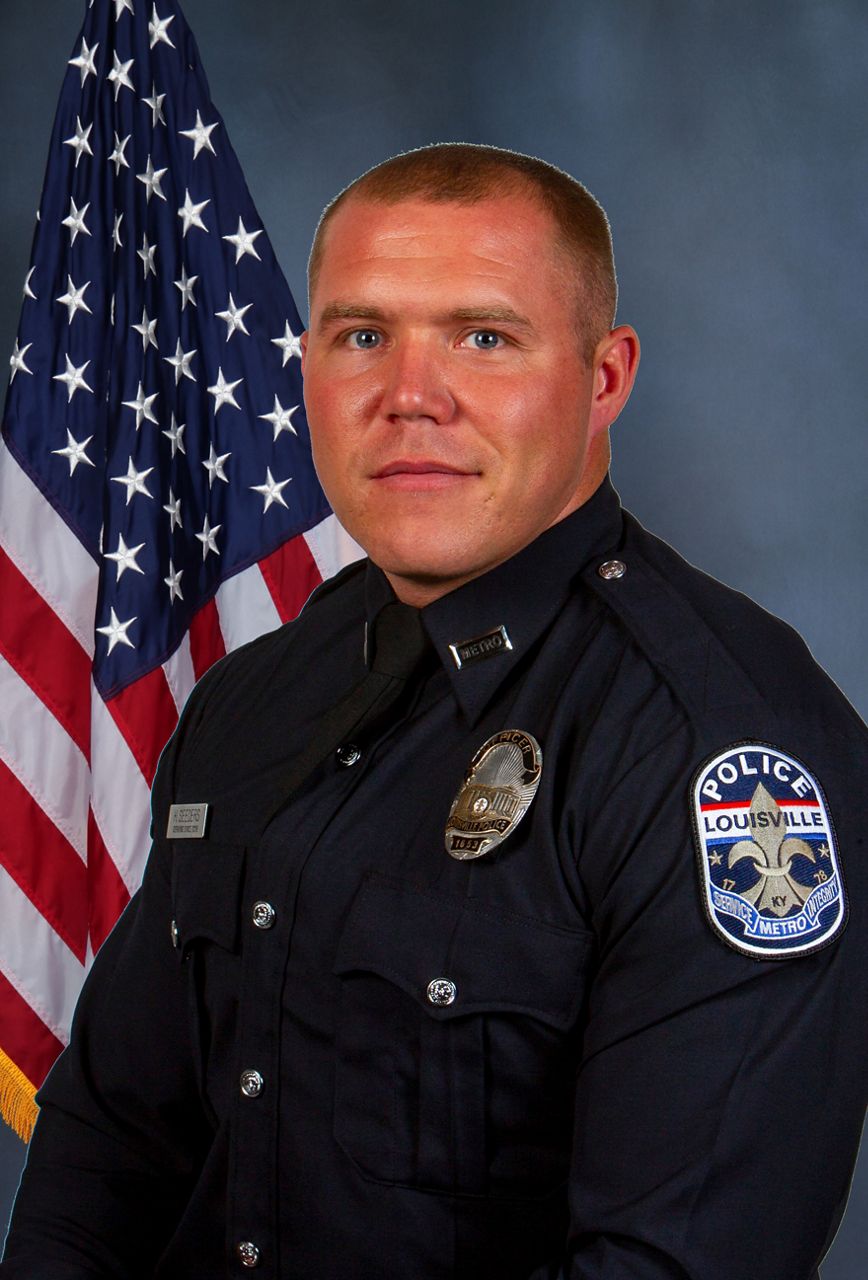 Porter’s statement also said in part, ”Our initial agreement with KSP called for keeping to our past practice of releasing body cam footage expeditiously after an incident. In this case, KSP said they could not meet our timeline while protecting the integrity of the investigation, though the justice cabinet clarified they anticipate being able to do so within 72 hours of the incident.”

Louisville Metro Council President David James believes KSP shouldn’t be held accountable for the time it took to release the BWC footage. He thinks an agreement with KSP should have been made before the summer’s reform announcement.

“We are way behind the eight ball on this. I think that people in our community have become accustomed to having more transparency involved in officer-involved shootings, and we were a leader in that, and I would like to see us get back to that situation,” James told Spectrum News 1.

“Will we be able to do that with KSP? I don’t know. You know, KSP has a particular way that they do things, and the administration should negotiate and work through those things so that we can be as transparent as we can be and allow citizens to understand when officers have been involved in a shooting what exactly happened by way of being able to view the body-worn camera,” James also said.

Christopher 2x, executive director of Christoper 2x Game Changers, a non-profit working to end violence and make Louisville safer, hopes an agreement can be worked out by December, and if not then, January 2021 at the latest.

“So they are asked to come in, and they’ve already had their own protocol, and I doubt if you go to any other place in the state of Kentucky and any other county, where they’ve released video within 24 hours. I’m talking about the Kentucky State Police,” Chris 2X said.

Chris 2X said this is an adjustment for KSP and everybody in Louisville. “And with adjustments, you have to at least give the benefit of the doubt to try to work out what’s good for everybody and what can be done in an efficient way to get to the fair facts of the truth,” Chris 2X told Spectrum News 1.

Chris 2x thinks the future agreement should be clear with its timeline for BWC footage when the agreement is solidified.

In an emailed statement from Nov. 23, LMPD Interim Police Chief Yvette Gentry said in part, “We agreed to place these investigations in the hands of another agency as one initiative on the path to restoring trust between LMPD and our community. There are many ideas for how this might work, including the possible creation of a multi-agency task force to work throughout the state, and those ideas remain on the table. For now, we trust the Kentucky State Police will conduct a thorough, fair, and impartial investigation regarding the facts surrounding this case.”

Spokesperson Porter said in a Nov. 25, emailed statement, “Discussions between KSP and LMPD began in July, with many verbal conversations and written drafts being exchanged thereafter, resulting in a general agreement that stands today: If a critical incident arose before the MOU was finalized, LMPD would reach out to KSP to investigate. Clearly there is confusion about whether the MOU dated 10/20 accurately captured the details of that agreement. The bottom line is that all parties have agreed to revisit and finalize a new MOU. In the interim, KSP is the lead investigating agency for the critical incident which occurred on 11/22."