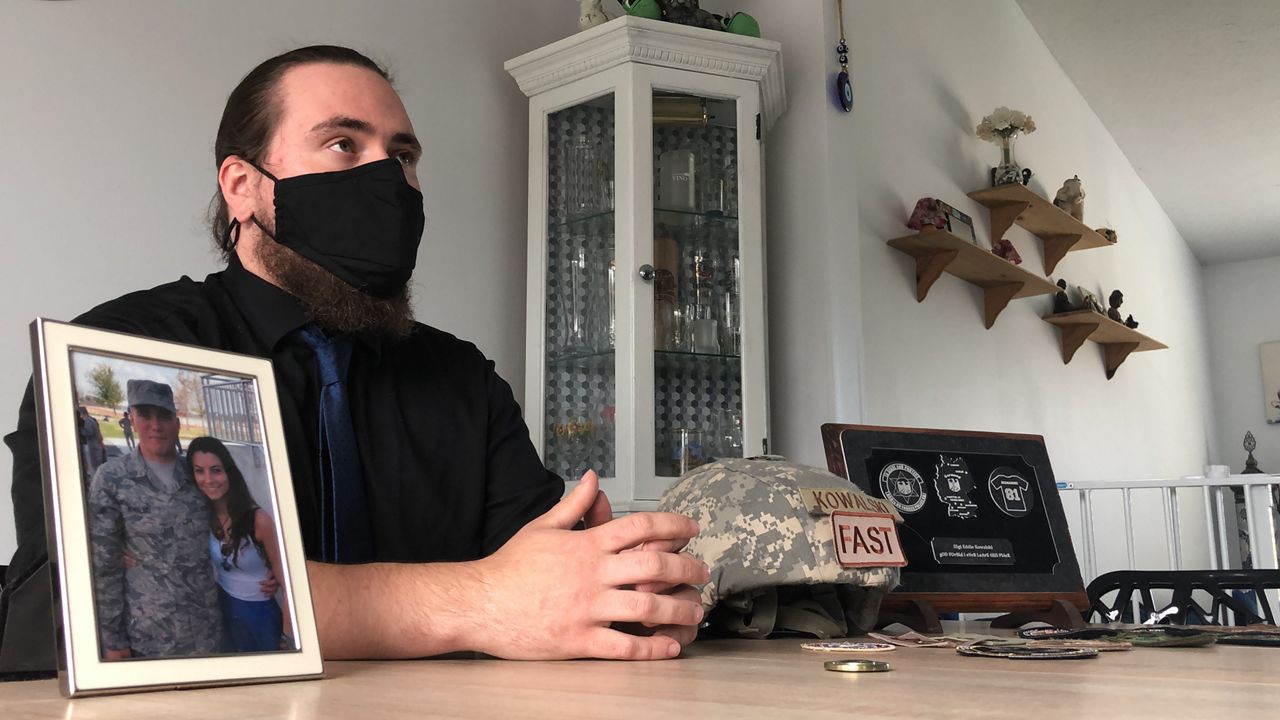 Eddie Kowalski sits at his dining table in Covington, Ky. He's one of many people through Amazon's pledge to hire veterans and their spouses.

How Amazon Helped One Vet Transition to Civilian Life

HEBRON, Ky. — Veterans Day honors those who’ve served our nation. But for some veterans, finding a job while transitioning back into civilian life is no easy task.

According to the US Bureau of Labor Statistics, the unemployment rate was 5.5 percent for veterans this past October. A year prior, in October 2019, the rate was 3.0 percent.

“I was eager to experience a challenge. Something different. No one in my family had served in the military,” said Eddie Kowalski, a veteran who’s sharing his story.

Kowalski says he spent time carving his own path and ultimately joined the United States Air Force at 18 before serving four years.

“I was able to operate overseas throughout Europe and Africa as a Security Force Specialist, and more notably, I worked on a Fly Away Security Team that would go throughout Africa,” Kowalski said.

He’s now back in Northern Kentucky, and the 23-year-old is raising his family and bringing his skills to the private sector.

“So I transitioned directly from the military into working at Amazon,” Kowalski said. He’s the COVID-19 Social Distance Site Manager at the Fulfillment Center in Hebron.

“I think that when you meet someone who’s been in the military, understand that their experiences are so valuable in a sense that they’re not congruent with what typically happens in typical industries,” Kowalski said.

Kowalksi’s hiring is part of Amazon's pledge to hire 25,000 veterans and military spouses. The company made the pledge six years ago and intended to fulfill it by 2021. But to date, they’ve more than doubled, hiring close to 40,000 veterans and spouses. In Kentucky, the company has hired 1,120 employees that fit the criteria.

“I’d say being a veteran, it’s not a sole descriptor. It's more or less an addendum to someone’s character. So when we think about that there’s a plethora of ways that people serve in the military whether that’s logistics, security, health care, IT, contracting and so understanding that the veteran descriptor means a lot more than someone who served the military,” Kowalski said.