Kentucky's Next Commissioner of Education Announced

KENTUCKY – The Kentucky Board of Education (KBE) announced the commonwealth's next commissioner of education.

Jason Glass will take on the position, expected to officially begin this September. Since 2017, Glass has served as superintendent and chief learner for Jeffco Public Schools in the metro Denver area. He also served as the superintendent of Eagle County Schools in Colorado and as Iowa's Director of Education from 2010 to 2013.

“Dr. Glass was identified by the board as our next commissioner following a very extensive and productive national search,” said Lu Young, chair of the KBE. “Throughout this process I have been overwhelmed by the integrity of the process and the quality of applicants for the position of commissioner.

"Dr. Glass’ extensive experience, including having served as the chief state school officer in Iowa and as a school superintendent with urban, suburban and rural school communities, along with a strategic vision and a track record for moving a school transformation agenda at the state policy level combine to make him a great fit for the Commonwealth.” 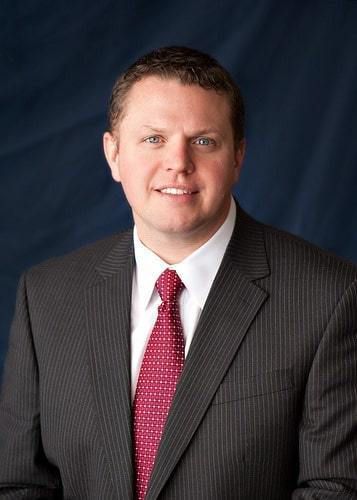 Jason Glass will be Kentucky's next commissioner of education.

Glass's resume also includes senior director of human capital strategy with Battelle for Kids, district leadership posts in human resources and research and assessment, vice president of Quality Ratings with Qualistar Early Learning and more. His career began as a high school social studies teacher for Hazard Independent Schools, and in 2016, President Barack Obama nominated Glass to the National Board for Education Sciences.

Glass was one of three finalists interviewed for the position. Young said since the final interview, she and Glass have been negotiating a contract to propose to the full board.

“I am circulating the contract I propose for adoption by the board and will ask to schedule a special called meeting for the purpose of adopting this contract, hopefully within the next week,” she said.

Glass will take over the role currently held by Interim Education Commissioner Kevin C. Brown who has been in the position since Dec. 18.

"My first action as governor was to overhaul the Kentucky Board of Education by reorganizing it with members who believe in our educators and our public schools – and today, after a national search, the board selected a new leader not based on politics, but on his vision for improving our public schools," said Gov. Andy Beshear (D). "We welcome Dr. Jason Glass, our state’s new commissioner of education, back to Kentucky. Dr. Glass has deep roots in Kentucky education, and his years of public education experience in classrooms, as superintendent and state director of education will help ensure our children come first. Congratulations – now it’s time to get to work.”

A Brandenburg, Ky. native, Glass graduated from Meade County High School in 1990 and earned his doctorate in education leadership from Seton Hall University, a master's in political science, a master's in education and a bachelor's in political science and history, all from the University of Kentucky. He's looking forward to being back in his home state.

“I am so incredibly grateful to the board for this opportunity to serve the Commonwealth and I am excited to embark on this effort to improve the future for all of Kentucky’s children,” Glass said. “Kentucky has given so much to me in a quality public education experience – the opportunity for a world-class university experience and a start to my professional career in the state. My wife Sarah and I look forward to relocating to the Bluegrass State and to our children growing up and going to public school in Kentucky.”