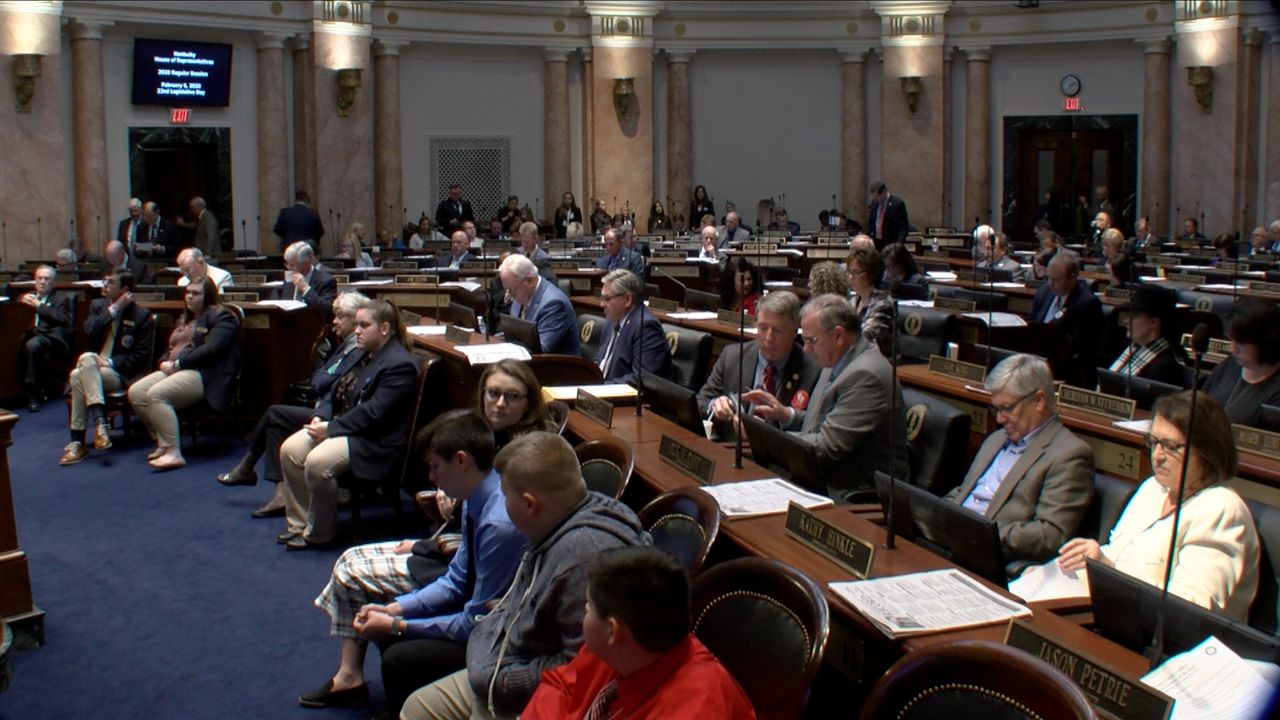 FRANKFORT, Ky. - House Bill 137 has been on the House floor for consideration for more than three weeks. Supporters say it will pass, but there's a loud minority against it.

Family Foundation senior policy analyst Martin Cothran is one of those opponents.

"This bill is really a non-starter because you need a constitutional amendment to expand gambling in Kentucky, and this bill is just a mere statutory bill," Cothran said.

Gov. Andy Beshear said Thursday it doesn't need a constitutional amendment, and there's plenty of court precedent to back that up.

The U.S. Supreme Court effectively made sports betting legal in 2018 and several states have already established their own regulations, including several of Kentucky's neighbors.

Beshear said Kentucky still needs to put it into statute.

Cothran said just because our neighbors are doing it doesn't mean Kentucky should.

"This is the only issue I know of where the argument, 'Well it's already happening, so let's make it legal,' is even considered sensible," Cothran said. "People are getting opioids illegally and the answer is not to legalize it and tax it."

Beyond that argument, Cothran said sports betting is essentially a tax on the poorest Kentuckians.

"The government shouldn't be in the business of helping to exploit it's citizens," Cothran said. "There's a lot of problems with problem gambling. We wonder if we really need another temptation for the poor population of Kentucky."

"The people who go to the horse tracks are not the same people you see at the local gas station buying lottery tickets," Cothran said.

The debate spilled onto the House floor Thursday when state Rep. Jerry Miller, R-Louisville, quoted the Book of Genesis when he praised the Kentucky Lottery for bringing in billions of dollars to help education.

"What some intend for evil, God can work for good," Miller said. "Don't fear what some bad actors may do. Think of the good God can do."

"Gambling does the very same thing: it causes addiction that destroys families and causes the same addiction that causes children to go without food," Fugate said. "When we bring God in to try and support gambling, then you've stepped over a line that's against God and against his word."

"It's a very difficult issue for a lot of our members and it is one that is creating a lot of debating and it remains a divisive issue across the state," Osborne said.

Osborne reiterated it has the votes to pass right now, but he doesn't expect to call it for a vote next week.