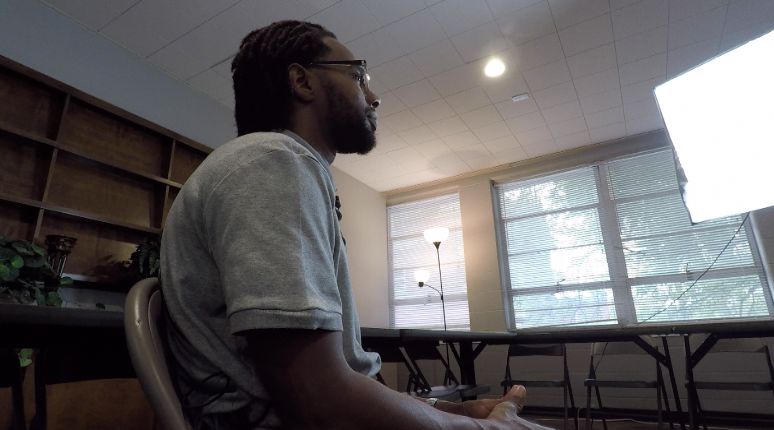 The Bail Project Tackles "Civil Rights Issue of Our Time"

LOUISVILLE, Ky. - Jails in Kentucky are crowded with people awaiting trial. The Louisville Metro Detention Center (LMDC) is no exception.

Many inmates would be released from jail before trial, if only they could afford to pay bail. Because of this, Criminal Defense Attorney Ted Shouse calls the bail system "the civil rights issue of our time," a punishment on poverty. The Bail Project will cover the cost of bail for inmates in need of the financial help, for amounts $5,000 or less.

Demontez Campbell was a client of The Bail Project. He served six months in jail in Hardin County for domestic violence charges before he was released, and missed a court date. The Bail Project paid the $500 bond he faced when he turned himself in. Campbell believes the inmates that spend time behind bars for sometimes months, waiting for trial, would be hopeless without help like that he received from The Bail Project. "You feel like you don't even have a chance," Campbell says.

He, along with Criminal Defense Attorney Ted Shouse, feel the high cost of bail and long stay in jail force inmates to plead when they would otherwise fight charges. "The jail facility situation in Kentucky is terrible," Shouse says. "Jail is a miserable place, and so if you can't post bond, you stay in this jail and that increases your incentive to plead guilty. Believe me, you'd plead guilty to almost anything to get out of jail." "Fifty men in a 20-men dorm, you know, tempers flare," Campbell adds. "It's hot. It's terrible. It's sticky. It's nasty. It's not clean. It's not sanitary, and people react in different ways. It's just not conducive to thinking about how you're going to alleviate your issues in your life."

Shameka Parrish-Wright works with The Bail Project in Louisville, although she hopes there will come a day when the service won't be needed. She wants reform, for the bail system to be abolished. "Poverty is not a crime. Poverty should not be treated as a crime, no. I believe freedom should be free," she says. Parrish-Wright argues the bail system is more costly to taxpayers, that the price of housing inmates surpasses money coming in from bail.

The Bail Project reports an $80.51 cost to house an inmate, per day at least. The cost can be higher if the inmate requires special medical care. The Bail Project has helped about 1,500 people in Jefferson County so far, which equates to about $4.5 million in bail.