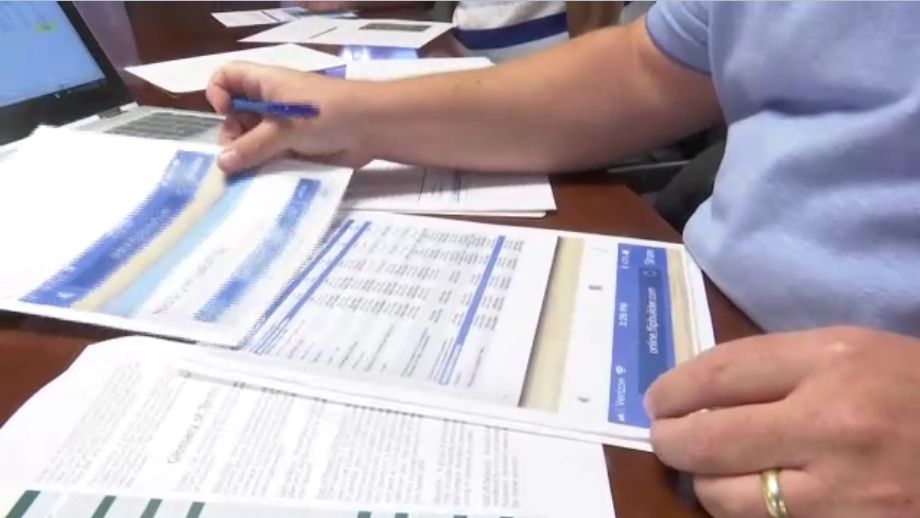 LOUISVILLE, Ky- Medical costs continue to skyrocket in the United States including in Kentucky.

At times patients can receive astronomical bills from a medical emergency; these bills are categorized as surprise medical bills. While this isn’t a new issue it’s beginning to pick up steam in part because patients are shifting toward high deductible plans.

“I think with that change patients are starting to see more of what that bill actually was and because of the high deductible plan some of the costs got shifted to patients and when they started seeing some of that that’re really where this came about,” explained Dr. Chris Pergrem, an emergency physician in Owensboro and Regional Medical Director for Envision Healthcare.

The number of specialized physicians in networks is decreasing in many areas which also is contributing to the problem.

Due to the high cost of healthcare patients often forgo medical treatment.

“We are seeing patients that are choosing costs over their own health, which is not a good thing,” said Dr. Pergrem.

Ending the practice of surprise medical bills is a focus of Congress recently.

There are two competing bills working their way through Congress, and members of the medical community are split on which bill would benefit the patients most. Dr. Pergrem says the Protecting People from Surprise Medical Bills Act working its way through the House of Representatives is the best legislation for patients.

“We think the House version has a good ideas and things that would actually address a lot of things we are seeing and certainly take the patient out of the middle which is really the goal,” Dr. Pergrem said. “We want patients to focus on their healthcare not specifically be worried about the cost.”

The House version would take the patient out of the middle, and allow the provider and insurance company negotiate the costs when a patient is forced to use an out-of-network physician. This is done through a process called an Independent Dispute Resolution, where if the two sides can’t reach an agreement on the price, an independent party steps in to find an agreement. While the Senate version, the STOP Surprise Medical Bills Act also takes the patient out of the middle through an Independent Dispute Resolution it does so through a rate setting process.

“There are several problems we see with rate setting. One, we have a plan in New York that has demonstrated it is effective and it works, so you are trying to reinvent the wheel with something that has no track record,” Dr. Pergrem said. “Two, when you are allowing the insurance company to set the rate, it kind of takes away the impetus away from them to actually come to the table and negotiate in good faith.”

Pergrem says this allowing insurance companies to set the rate has proven to not work in California, and can cause doctors to leave the community.

“The providers can’t make enough money to keep their practice open, so they leave the community,” Dr. Pergrem said. ”Hospitals would potentially close down because a lot of the rural hospitals especially in Kentucky are operating on really thin margins and if they can’t keep their doors open then you shut the emergency department , then you’ve just hugely impacted patient care and patient access.”

“It would be devastating, probably would be the best way to describe it,” Dr. Pergrem said. “Recruiting in Kentucky is not easy and recruiting in rural America, no matter whether it’s Kentucky or someplace else is no easy either. So we have huge problem getting specialists into certain areas.”

“I suspect we will see something pass, I hope that it’s not so soon that they don’t look at the big picture and take into consideration what will happen,” he said. “But we certainly think that something will be passed soon.”