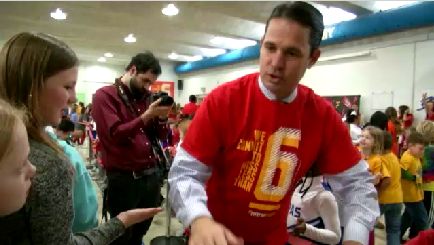 LOUISVILLE, Ky.-- Days into the new year inside of Kentucky's capitol, talks turned to school safety. Some lawmakers argue it's their top priority to make students safer while in the classroom. For some teachers and for Jefferson County's superintendent, that includes more mental health professionals inside schools.

That means, she works under Dr. Marty Polio, the superintendent of Jefferson County schools. He's promised to request money in the next budget to pay to hire more mental health professionals in his district, so that there's access to one at each school.

With counselors stretched thin, Bojanowski says that not only does she feel schools could be safer. She also feels her responsibilities as a teacher grow, to include the role of counselor at times.

"You think a teacher is just teaching- teaching content the child's learning and it's education. There's such a counseling aspect to it, to where... it's really a part of what we do and what's frustrating is when we have kids we know really need professional support and we want to make sure that they have it, because there's only so much that we can do," Bojanowski says.