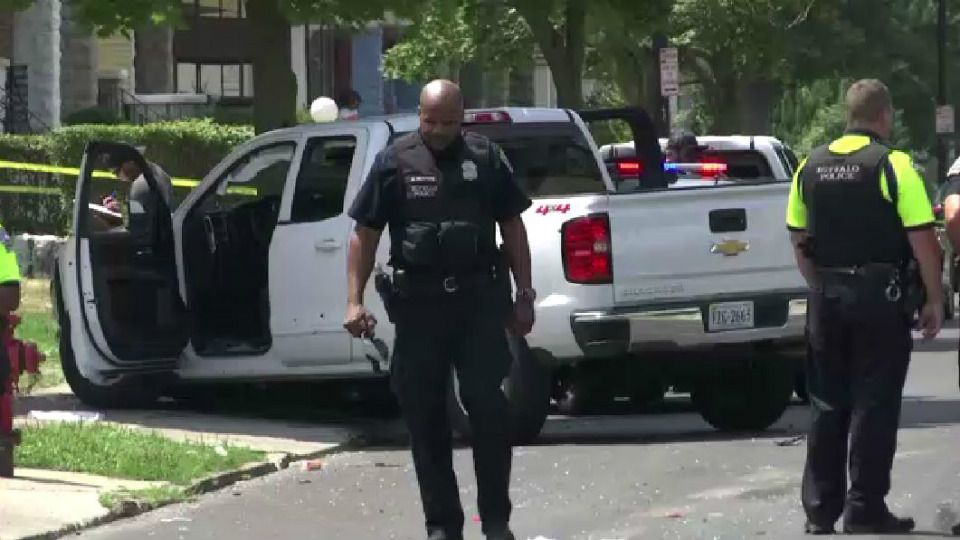 BUFFALO, N.Y. — Buffalo police have identified the victim of the city's latest homicide.

Lakendra Tillman, 31, of Buffalo was shot and killed on Butler Avenue Thursday. Three children were in the vehicle with her when it happened, according to police sources.

Police say they believe multiple shots were fired at the truck she was driving. The truck hit a tree in the middle of the block.

The three children in the vehicle, between the ages of 5 and 9, were in the back seat and were not injured.

Many neighbors said they were disgusted by the events on their street.

"We're under siege," said Willie Green of Buffalo's Stop the Violence Coalition. "We don't need to be living like this. We shouldn't live like this."

Green has seen this kind of brazen violence before and he's seen enough.

"People out there, they know the code. If it's a mother or kids out there, you've got to wait until the next time to do something to whoever you want to do.  Now they just don't care.  It was kids in that truck," he said.

Sources said all three children escaped being hit by the gunfire.

NOW: @BPDAlerts say one person has serious injuries at ECMC after they were shot in this white truck on Butler Avenue. The truck now being towed away. @SPECNewsBuffalo pic.twitter.com/JN67Kchp95

This latest incident comes about a month after a 17-month-old and his grandmother were shot and killed on Grape Street in what police say was a dispute among gang members.  Green says it's time people take a stand against crime in their neighborhoods.

Green emphasized the importance of people to helping authorities. Buffalo Police are asking anyone with information about what happened on Butler Avenue to call or text the confidential tipcall line at 716-847- 2255.