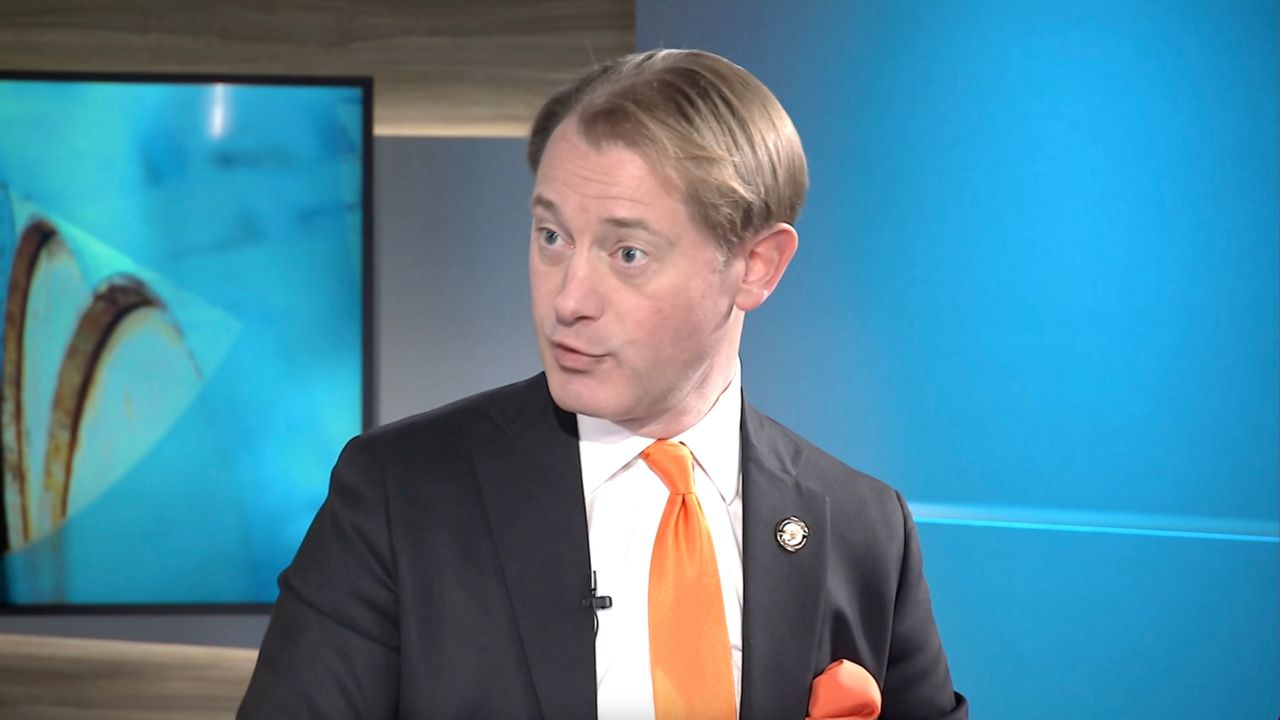 In Focus: Secretary of State talks election security in the Commonwealth

KENTUCKY — In April 2021, Gov. Andy Beshear (D) signed into law House Bill 574, the largest election reform bill for the state of Kentucky to be passed since 1891.

HB 574 addresses several reforms, including the creation of the online absentee ballot portal which will be active no more than 45 days before a primary or general election.

“There previously had been a felony to threaten or intimidate an election official. But the term wasn’t defined in statute. We’ve now defined that in a broad way. So it covers about 15 or 16,000 Kentuckians actually. It covers me, my staff, the State Board of Elections, county clerks, all of their staffs, and every poll worker in Kentucky. So whoever you are, wherever you are in the system, whether you’re in elected office or you’re just volunteering, we got your back,” said Secretary of State Michael Adams (R).

Adams also adds that it’s important to periodically review existing laws and statutes that are law propose as-needed tweaks to stay up to date with modern times and technology. “I’m proud of Kentucky. I love Kentucky, but the truth is we had some of the worst election rules in the country. Just a few years ago, when I was running in 2019, we were rated at the bottom by independent surveys. I’m not criticizing my predecessor or really anybody, it’s just an inertia. The whole reason we have a legislature is they come in once a year and kick the tires on our tax system, our education system or correction system. They just had never really got around to improving our election system. It was designed in 1891 in the era where people rode a horse to their precinct, and hardly anyone worked off the farm. Now we live in an industrial age, electronic age and people have jobs, they commute, they’ve got kids doing stuff after school, we need election system that reflects their modern life.” explains Adams.