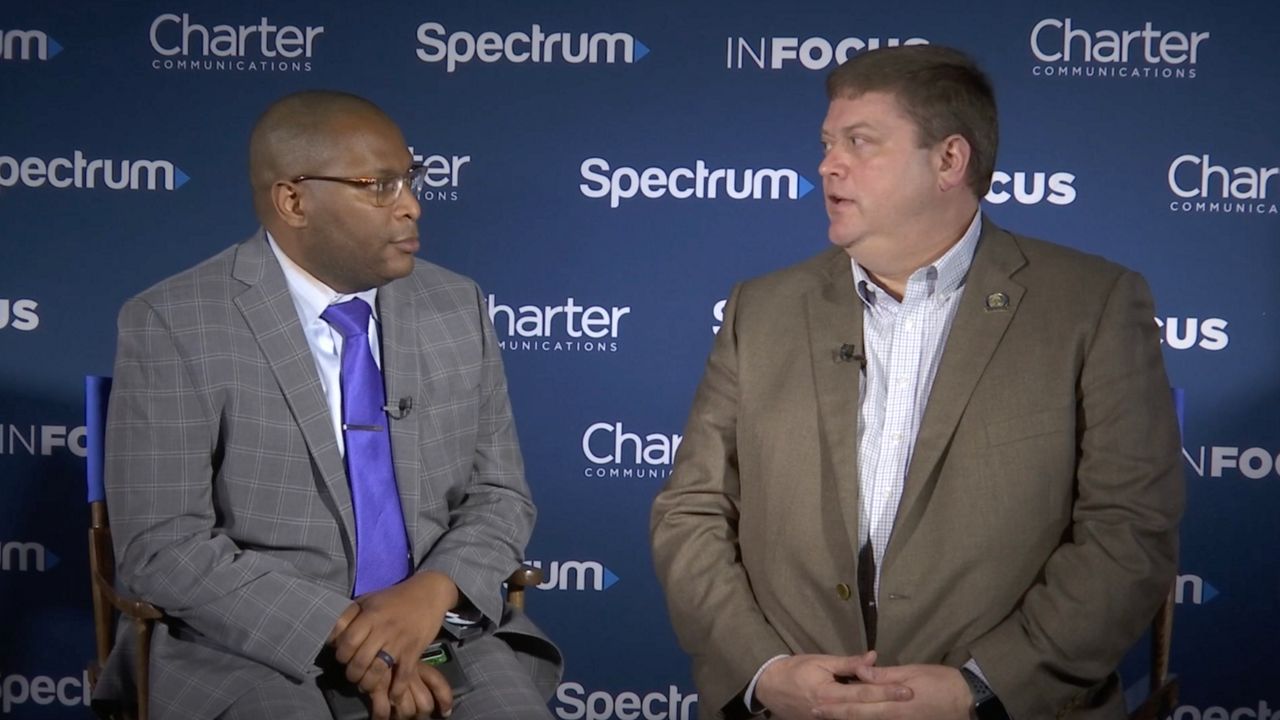 KENTUCKY — This week on 'In Focus Kentucky,' we're bringing you up to speed on discussions within state government about the 2-year state budget and how legislators from both sides of the aisle are advocating for the need to maximize the impact of every single dollar invested.

State Representative and Appropriations and Revenue Chairman, Republican Jason Petrie of Logan, Todd and Warren counties, joins this segment to share how his budget committee and fellow House members planned, prepared, debated and eventually settled on their 2-year budget spending plan for the Commonwealth.

"I'm in a lucky position with our caucus members and other chairs. I'll come across something in budget and you'll see two or three areas, I can go talk to a chair of a substantive committee, or a few members that I know we're interested and say Hey, want to make sure you're aware of this or maybe possibilities or opportunities but to put these two or three things together, and we've had good good results with that, so it's, it's that's very rewarding," explains Rep. Petrie

The budget bill was put on an unprecedented fast track, clearing a committee and the full House in the first month of the 60-day legislative session. GOP leaders have signaled they want to focus on making changes to the state’s tax system, plus capitalizing on huge revenue surpluses.

"The product, as we've stated before, is kind of a culmination of about eight months of work. Now, I wouldn't say the intent to have a budget was for an eight month period. But the issues themselves, we worked for a full eight months only through the interim. Our budget review subcommittee chairs and those committees took dives, broad and deep on specific issues. We met with a lot of stakeholders, a lot of members in the chambers, making sure we're fielding all the issues and investigating what needs to be and understand from the budget cycle. There are certain perennial issues that always come back up, so we took a good analysis of those also, somewhere around first week or two of September, and then we transitioned from getting ready for the session on the issues to okay we're gonna need to get a budget done and tackle the issues ourselves up front to make sure we've got a good vetting and good product by the end of session," explains Rep. Petrie.

The House GOP plan would increase per-pupil funding under SEEK, the state’s main funding formula for K-12 schools. The amount would go to $4,100 in the first fiscal year and $4,200 in the second year. The current amount is $4,000. It calls for the state to continue covering the entire cost of full-day kindergarten.

The House budget would provide funding to hire an additional 100 social workers each year of the two-year budget cycle to help overcome a workforce shortage. And it proposes a $15,000 pay increase for state police troopers and motor vehicle inspectors and an $8,000 boost for dispatch telecommunicators.

Several weeks after the House passed its budget, Senate Republicans outlined their spending priorities in their own budget proposal, leaving more than a billion dollars on the table for potential tax cuts.

Lawmakers have to finalize a budget by April 14, although the measure will likely pass before the veto period starts at the end of March.