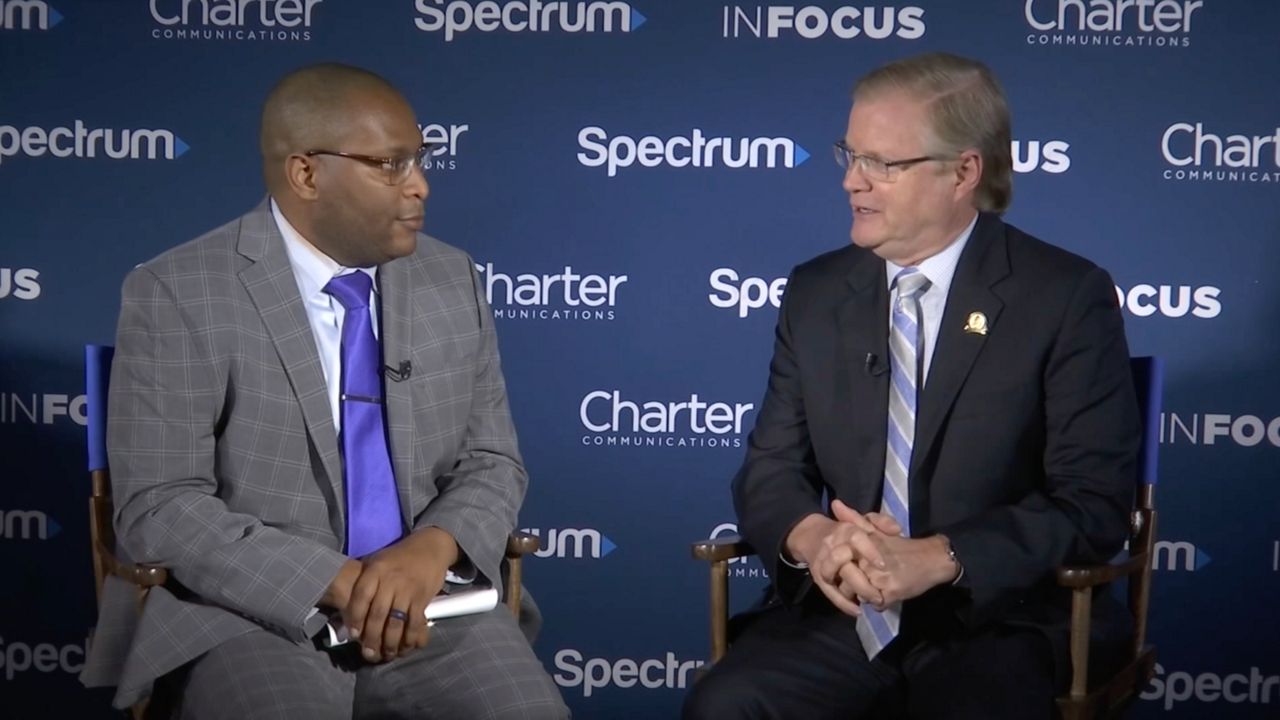 KENTUCKY — The 2022 Kentucky General Assembly is underway for its annual legislative session that runs until April 14.

This year is important because since it is an even calendar year, that means this year’s session lasts for 60 days instead of 30 days.

Damon Thayer (R) of Georgetown is the long-time Majority Floor Leader in the Kentucky State Senate. He was first elected to the legislature in 2003 and represents the 17th Senate District, which includes Fayette (Part), Grant, Kenton (Part), Scott counties.

With Thayer’s Majority Floor leadership position, he serves as the lead speaker for his party during floor debates, develops the calendar and co-leads with the Senate President on developing policy formation and policy decisions.

During this In Focus Kentucky interview, Sen. Thayer comments on a variety of topics and issues being debated during the General Assembly session.

“We’re halfway through the 60-day session. And it got off to a, once in every 10-year start because we had to do redistricting and because the Gov. wouldn’t call a special session to deal with it last fall. We had to move the filing deadline and that sort of took us out of our rhythm because we had to deal with that. And that was was pretty much the focus the first couple weeks, but I feel like we’re now in a rhythm, and it’s starting to feel normal again. Post COVID. Now in an endemic, you know, people are coming to have meetings again. There’s people in the cafeteria, it’s crowded again, and it’s just good to see things back to normal. We have pages on the Senate floor, we have people in the galleries, and I’m happy to see that, I like it when people come to their Capitol to petition their government and that’s what’s happening,” explains Thayer.

Recently, Democratic state legislators filed bills to legalize, regulate and tax marijuana sales in Kentucky — one of just 13 states with a total prohibition on both medical and recreational cannabis. “I’m not in support of medical or recreational marijuana. I do respect the opinions of thoughtful people who are for it...I won’t stand in the way if there are 20 Republicans in the Senate who want to vote to pass medical marijuana...People like to go to their corners when people don’t agree with them. They appear to want to get angry and in fill the dumpster fire known as Twitter with lots of vitriol. Y’all, that’s fine. I got a thick skin. I can handle it,” adds Thayer.

Damon Thayer along with his business partner Andre Regard, resurrected the brand “Kentucky Senator” that was once owned by Crigler & Crigler, the pre-Prohibition company best known for Woodland and Buffalo Springs Distillery, and later made by Double Springs Distillery. Now, Thayer says he want to tell the story of past U.S. senators from Kentucky with each bourbon release.

"I had this idea to do bourbon releases named after our US senators from Kentucky. I sought an opinion from the Legislative Ethics Commission to make sure that I could do that. And they said, as long as it's senators that served in the United States Senate, not the state senate, not trading on my position as a state senator. I got that approval and we follow that to the letter and spirit of that opinion. And so my business partner and I formed Kentucky senators spirits. We're a non-distiller producer. We buy already aged bourbon. In some cases, aged longer or in some cases we've gone straight to the bottle. And we've had two releases so far. The first one named for Senator Alvin Barkley, an iconic senator from Kentucky and our second release was named for William J. Deboes, first ever Republican US senator from Kentucky," said Thayer.