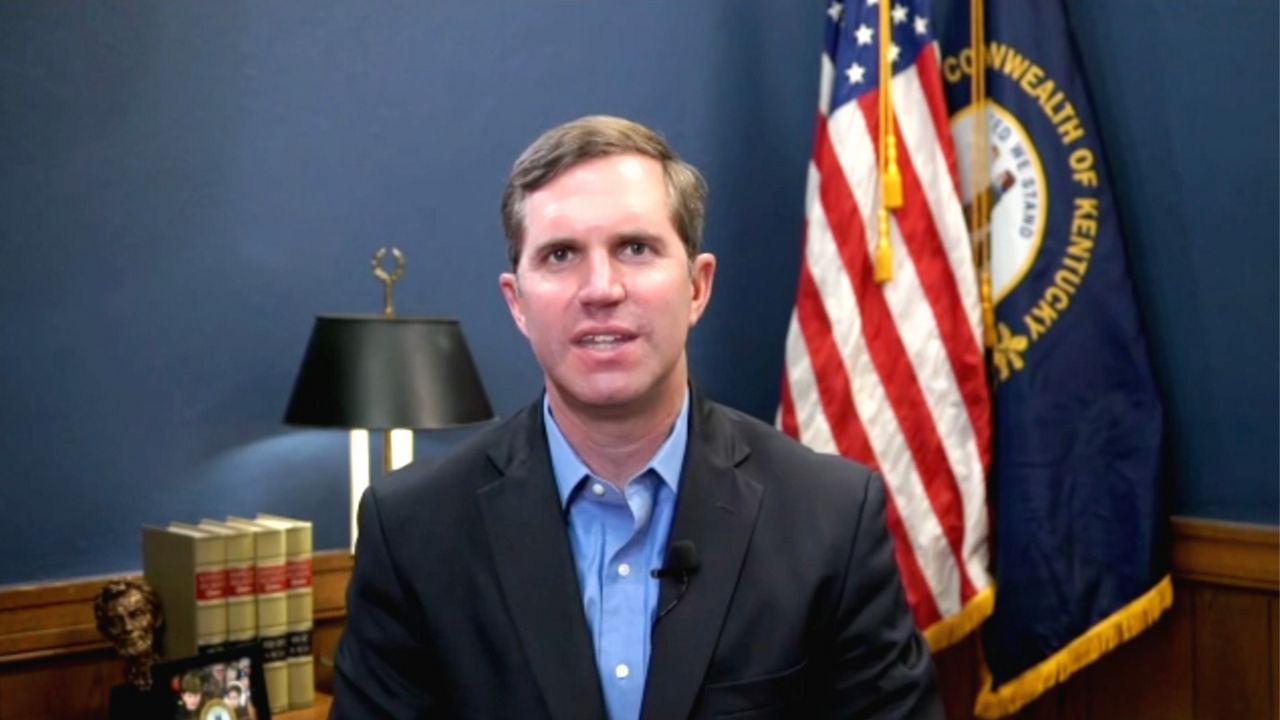 KENTUCKY — The United States and European Union agreed to lift tariffs on bourbon and whiskey, among other trade products in late Oct. 2021.

The nations finalized the move during the G-20 Summit. The 25% tariffs had been hampering businesses in Kentucky for three years, and were set to double to 50% in December.

During this In Focus Kentucky segment, Gov. Andy Beshear (D) discusses he relationship with U.S. Secretary of Gina Raimondo, who he first got to know while she was governor of Rhode Island. Beshear said he first called Raimondo to discuss the tariffs in Jan. — but she didn’t answer because she was attending her confirmation hearing at that time. But after that, Beshear said he was in regular contact with the Secretary advocating on Kentucky's behalf, urging for the Biden administration to negotiate a deal for the EU to drop it's bourbon tariff.

"It is huge news. Bourbon is an over 8 billion dollar industry here in Kentucky. 10s of 1000s of jobs. It's something we're really proud of. Those tariffs are going to be debilitating. They were going to seriously the largest and the startup distillers. This is an incredibly important market. Pretty much the day the Biden administration came in, I started making phone calls. Thankfully, a good friend of mine, Gina Raimondo became the Commerce Cabinet Secretary. We talked numerous times and she went to bat for the Commonwealth of Kentucky. This ensures that a bourbon boom is going to continue to provide extra dollars to create tourism. This was a big win for Kentucky. A big win for Kentucky bourbon," said Gov. Beshear.

Kentucky Republican lawmakers are hopeful that a special session of the General Assembly can be held before the end of 2021 to redraw the boundaries of the state’s legislative and congressional districts. The call for a special session would have to be made by Democratic Gov. Andy Beshear.

"Yeah, my office is open and no one's even asked to come in on it. I had a call with legislative leaders on something else the other day, and it never came in. It's really expensive. And so if you are going to spend those taxpayer dollars, first somebody has to ask for this. But then you need agree. So I haven't seen the plan and I'd certainly need to see a plan in writing. I think it needs to be a fair plan and one that can stay in judicial challenge because it's not wasting at least 600,000. If you're over there, on Oculus request for a special session, in a committee meeting that aren't even made to the guy who asked to call it so if folks want a special session, I doors open, come in and talk to me about it," explains Beshear

Beshear says he's ready to keep fighting for progress, and explained during this segment, why wants to remain in the Governor's office after the Nov. 2023 election.

"What you'll see from me this next year and a half is just being the best Gov. I can be. Spending my time working for the people of Kentucky. But I filed because we are at such a critical moment. You know, we're living through two historic moments at the same time, one dark and difficult. That's COVID and one bright and optimistic. I believe the impediments that Kentucky used to face are gone. The ceiling that we used to have or think we had is gone and this is the moment where if we can bring Kentuckians together, we can create more opportunity than we ever thought was possible for generations to come. Those include my 11 and 12-year-old. So the opportunity not just to get us through COVID, but to create an amazing economy and future for my kids and everybody else's. That's something I can't turn down. That's something I'm very committed to doing. And we're going to get it done. Our time is here, our future's now. Kentucky is going incredible places so buckle up," adds Beshear.