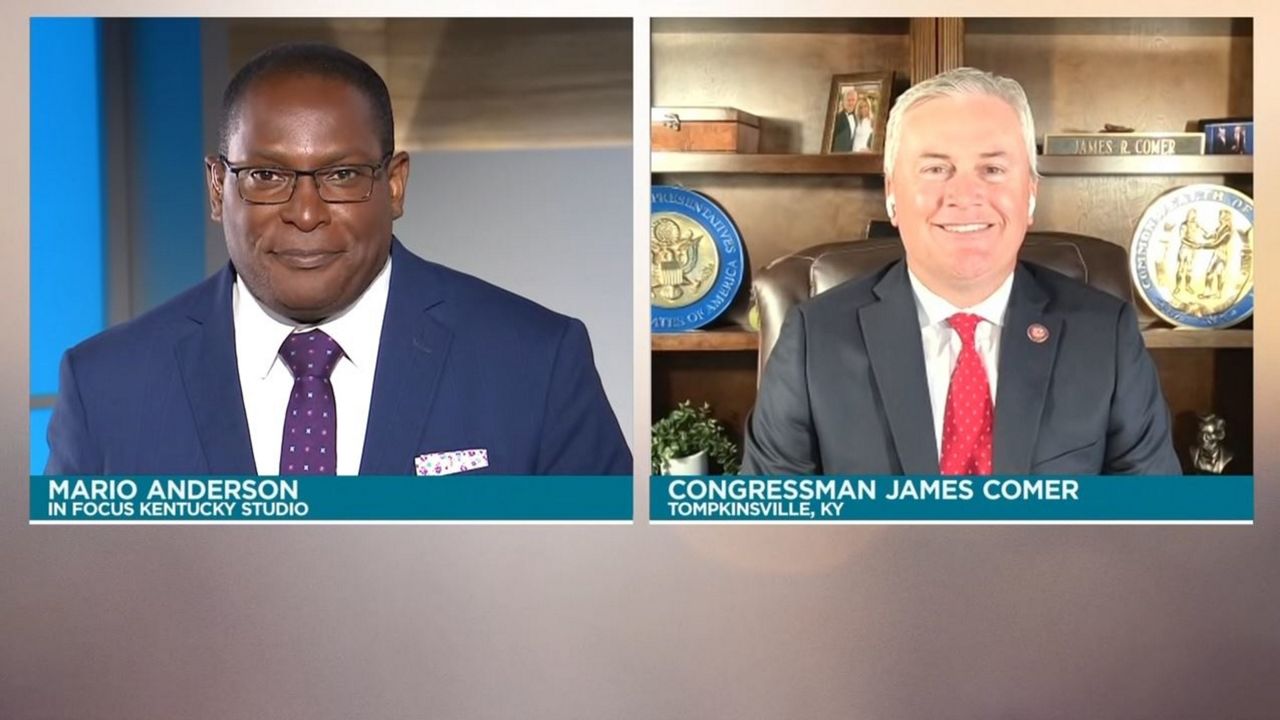 In Focus: U.S. Rep. James Comer discusses origin of COVID-19 and the need for answers

KENTUCKY — On this week's In Focus Kentucky program, we’re continuing our 'Conversation with a Congressman' series with U.S. Rep. James Comer (R) of Tompkinsville, Kentucky.

Comer was reelected in 2020 to represent Kentucky’s 1st Congressional District in the United States House of Representatives.

He previously served as Kentucky's Agriculture Commissioner from 2012 to 2016 and also served in the Kentucky House of Representatives from 2000 to 2012.

"Well I always kind of dreamed of being in Frankfort. I was more of a state focused person than a federal focused person. I really enjoyed going to Frankfort and watching the Kentucky General Assembly on KET and reading about the different bills and, you know, when I graduated from Western Kentucky University, I was very active in the community here in Monroe County. I was involved in the Chamber and before that when I was in college, I was involved in the College Republicans and worked in the Larry Hopkins campaign for Governor in '91 and David Williams campaign for US Senate, and Wendell Ford in '92. So that got me a little experience and increased my knowledge of elections and helped me meet some people that you know are friends and supporters today," explains Comer.

Also during this In Focus Kentucky segment, Congressman Comer discusses a recent coronavirus crisis forum entitled “Led By Science: The COVID-19 Origin Story” where he and other Republicans in the House of Representatives emphasized the need for a full and complete investigation into the virus’ origins in order to prevent another pandemic.

"We had four of the top witnesses, we invited Dr. Fauci, and of course he was a no show, but we had four of the leading experts on COVID-19 there. And what we learned was, there's overwhelming evidence to support the claim that COVID-19 originated in that lab in Wuhan, and there's absolutely no evidence whatsoever that would support the initial theory pushed by China and the World Health Organization and, and the media, to be honest, that this was somehow, naturally, started by animals and they transmitted to humans, there's no evidence whatsoever to support that in fact over," says Comer.