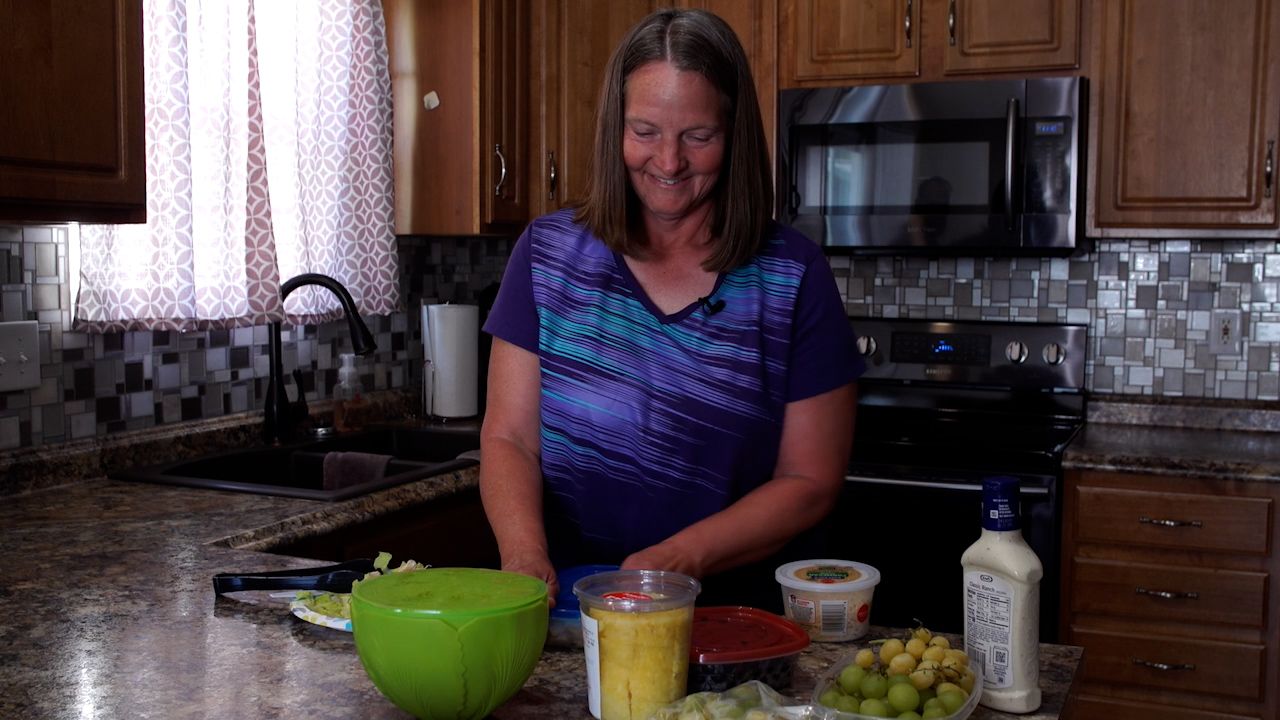 Colorectal cancer is on the rise among younger adults. Could sugary drinks be to blame?

Watch Part 2 of our series on sugar

“It’s like my therapy," she says. "You walk outside and you never know what you're going to see out there.”

Daily exercise was one of the major changes she made after she was diagnosed with stage three colorectal cancer.

“It was harder on my family than it was on me, honestly,” said Wells. “My poor husband, I mean, I think he was just beside himself.”

It’s something more and more families are facing as a rising number of adults in their 30s, 40s and 50s are diagnosed with cancers of the colon or rectum. 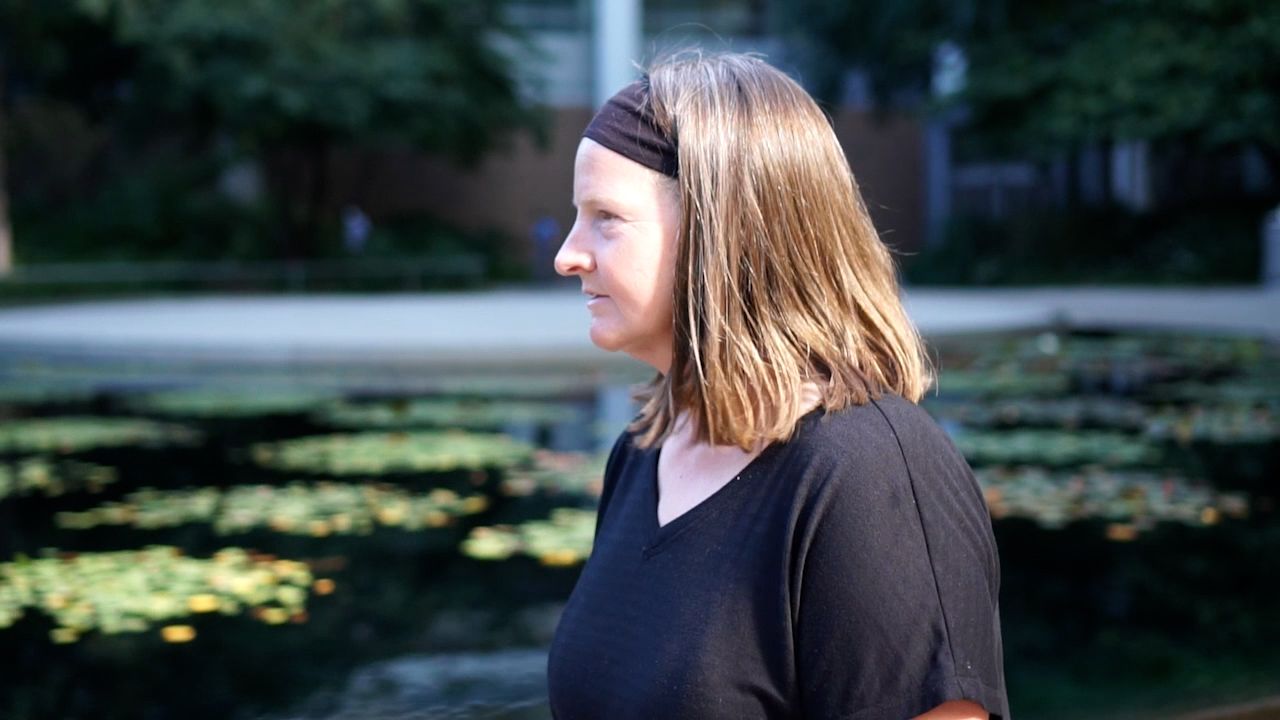 Wells saw it as a challenge to overcome: “I can honestly say, I never once thought, ‘I'm not going to beat this.’”

She discovered blood in her stool, got a colonoscopy and went into treatment immediately. Not everyone catches it early, and experts are baffled at the rising rates.

“It's concerning and it's alarming," said Dr. Matthew Mutch, Wells' doctor and Colorectal Surgery Chief at Washington University School of Medicine in St. Louis, told Spectrum News. "The incidence of colon cancer in patients under the age of 50 is projected to rise over 100 percent within the next decade."

While the reason behind the spike in cases isn’t known conclusively, experts, like researcher and surgical resident Dr. Ebunoluwa Otegbeye, suspect the foods we eat may play a role.

“As our cultures and cultures around the world are progressing towards a more developed, easy access, quick kind of culture, we're seeing our diets have a kind of concurrent decrease in quality,” said Otegbeye, who also works at Washington University School of Medicine in St. Louis.

Otegbeye and her colleagues analyzed health data collected from tens of thousands of female nurses between 1991 and 2015.

“What we wanted to look at were exposures that have also been increasing during the same time period, to see if those were also associated with increased risk of early onset colorectal cancer. One of those factors that have definitely increased as we've gone on in time is sugar-sweetened beverages,” said Otegbeye.

They found that adult women who drank two or more 8-ounce sugary drinks a day had more than twice the risk of developing colorectal cancer before age 50 than people who drank less than one. The risk increased 16 percent with each daily serving. For women who regularly consumed sugary drinks in their teens, the risk was even greater, at 32 percent per serving.

While more research into this connection is needed, Otegbeye says there appears to be a link between Americans’ increasing daily sugar consumption and the rising rate of early onset colorectal cancer.

“I would say that there's definitely an association between the two. I don't think that we have officially figured out the biochemical or biological mechanism behind it,” said Otegbeye.

That mechanism is something Dr. Lewis Cantley delved into, at his Weill Cornell lab. He has since moved to the Dana-Farber Cancer Institute in Boston.  His team gave mice, predisposed to cancer polyps, a small dose of sugary water each day.

“They only got the equivalent of one 12 ounce drink, sugary drink, per day. Like a 12 ounce glass of apple juice. Everybody thinks that's healthy,” said Cantley. But the sugar caused the polyps to grow much larger. “The 12 ounce sugary drink did not  cause insulin resistance, did not cause obesity, and yet the polyps still grow.”

The glucose and fructose in sugary drinks work together to feed colorectal cancer polyps. (Spectrum News)

Cantley’s research finds it is the combination of glucose and fructose, usually found in sugary drinks, that efficiently feeds the polyp.

“The polyp would normally store that glucose,” said Cantley, “But because of the fructose going in with it, it diverts the glucose into making fats and proteins and drives the growth of the polyp.”

More research is needed to translate his findings to people, but Cantley believes that sugary drinks like soda, fruit juices and sports drinks play a significant role in the rise in early-onset colorectal cancer.

He also said seemingly healthy people aren’t off the hook.

“If they ran a marathon and at the end of it drank a sugary drink, that sugary drink would not make them gain weight,” said Cantley. “It would be making the polyp grow.”

While it is impossible to say what caused Trish Wells’ cancer, she suspects her past diet played a role, including what she drank.

“Growing up, we would have Kool-Aid in the refrigerator all the time. We would have juice, and not the, you know, 100 percent fruit juice like we have today,” said Wells.

Since being diagnosed with Type 1 diabetes in her twenties, Wells has cut down on the sugar she consumes. After her cancer diagnosis, she changed her diet even more, cutting back on red meats, which is another risk factor. She’s since lost 80 pounds. 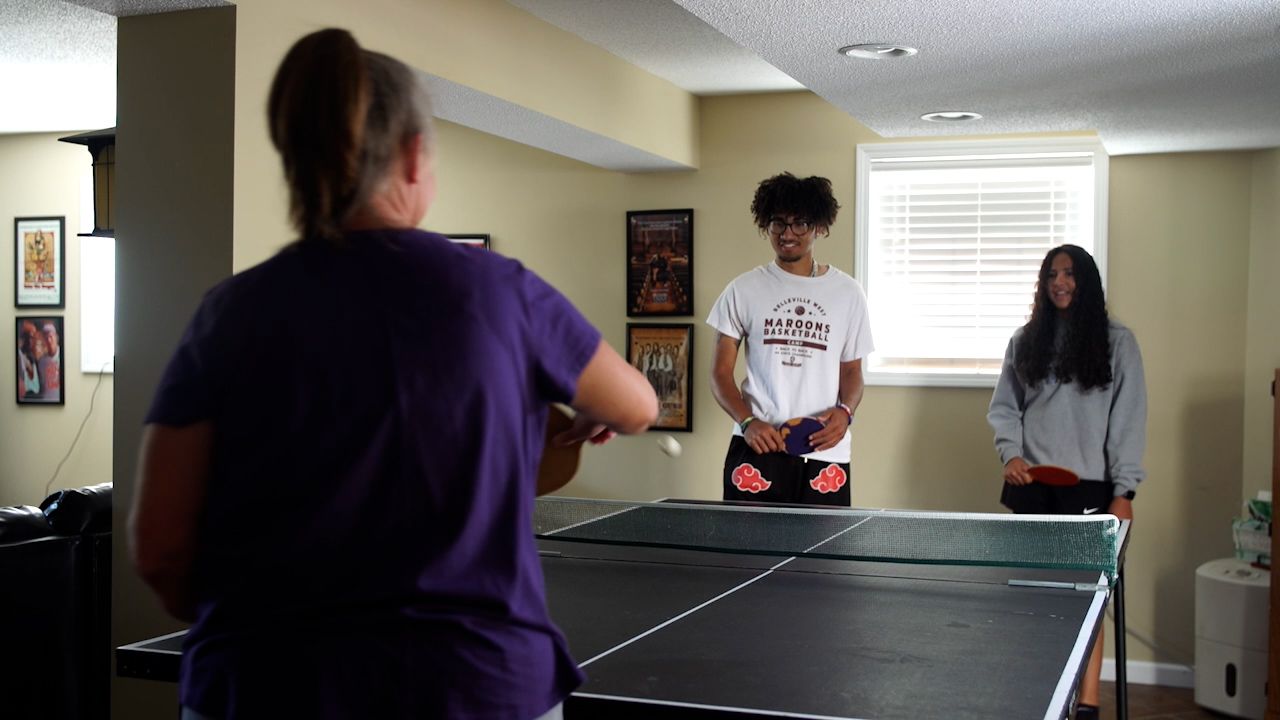 Four years after the removal of her tumor and multiple rounds of chemotherapy and radiation, Wells still has no evidence of cancer and is grateful, she said, for each day she has with her family.

Dr. Mutch urges people not to ignore symptoms like blood in the stool, changes in bowel habits or stomach cramps.

“It's a very treatable, very curable disease,” said Dr. Mutch. “But obviously, the earlier you catch it, the better you're going to do.”

As research continues into the causes of colorectal cancer and the role sugary drinks may play, experts say transitioning away from processed foods, sugar and regularly exercising are important steps in prevention.

“The increase in early-onset colorectal cancer is real. And you can do mostly all the right things and still end up getting it,” said Otegbeye. “But I think that, you know, the development of healthy habits that can last you kind of your whole lifetime are definitely worth picking up. I don't think that it's ever too late to create new habits or healthy habits.”