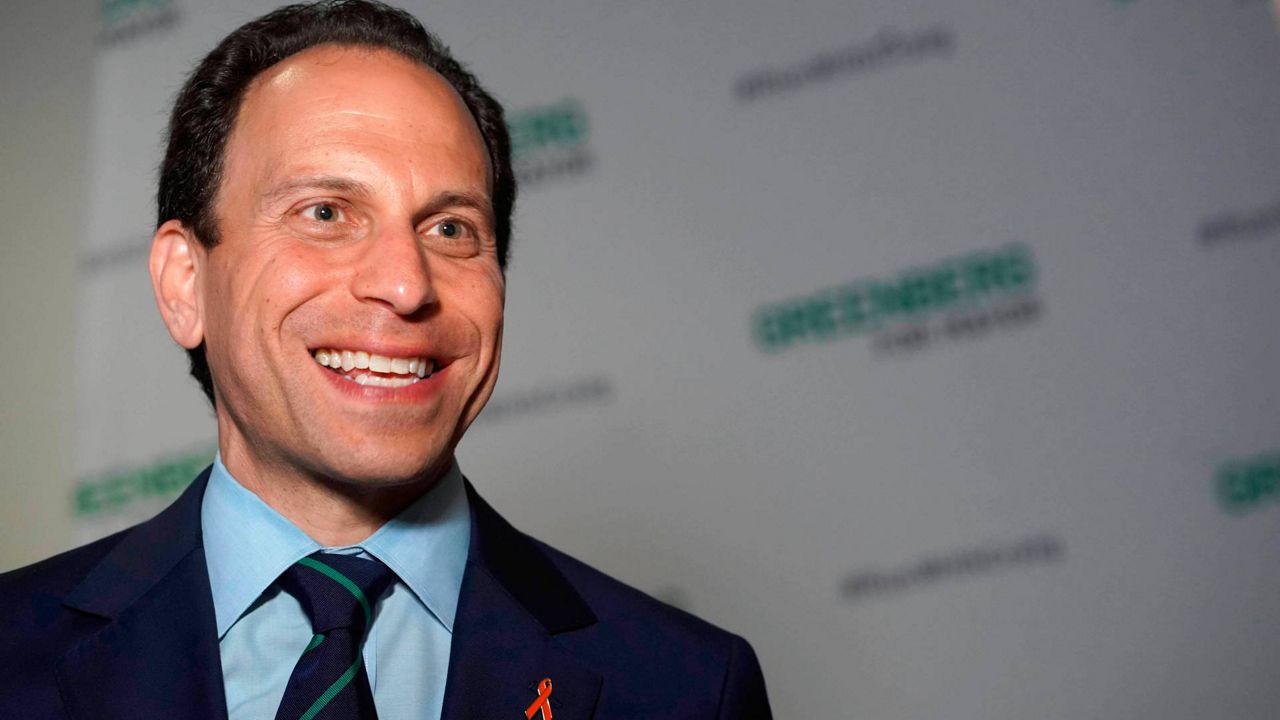 LOUISVILLE — Louisville will have a new mayor in 2023. That’s because incumbent Greg Fischer is term-limited from running again after 12 years in office.

Local businessman Craig Greenberg beat seven challengers to win the Democratic Mayoral primary in May and will run against Republican Bill Dieruf in November.


Greenberg is a Louisville native who went to Harvard Business School and then helped found the 21C Museum Hotel chain. He also co-owns the OVW Wrestling Circuit.

In a sit-down interview with Spectrum News 1, he said the biggest challenge facing the city was public safety.

“We must improve public safety, to make it a safer city for all of our residents, for everyone that's visiting here and there's so much that we can and must do," he said.

As for the city's biggest strength, he said it's the people.

Louisville is a predominantly Democratic city in a Republican state. When asked if that led to a so-called “war on Louisville” at the state capitol, Greenberg said he hoped legislators in Frankfort realize that Louisville is the economic engine that fuels the entire state and does so much more.

"Our business here, the jobs that we create, our academic institutions here, our cultural institutions here, our parks are all gems for the entire state of Kentucky, the region and the country," he said. "So while there might be political disagreements between parts of Louisville and people in other parts of the state, we have to find ways that we can work together to move Kentucky forward in a new direction. And so as Mayor, I'm willing to work with anyone, regardless of political party, regardless of political viewpoints to find areas of common agreement, to prove public safety, to create more economic opportunity for everyone throughout Louisville, really throughout the entire state of Kentucky."

In an era of political division, it can be hard to get everyone on the same page. Greenberg acknowledges that challenge but says he wants to collaborate as much as possible.

“I think the key is showing up and listening and being present. And so throughout my entire campaign and if I have the fortune to be elected mayor, I will be meeting with people across the entire city, whether they supported me or not, and listening to their issues, their concerns, their life experiences to ensure I'm fully informed before making decisions. I will also make sure that my administration is comprised of a diverse, energetic creative group of individuals who have very different experiences than me that share the same sense of urgency to move forward in a new direction," he said.

Greenberg is hoping to attract younger voters and pointed out that he’s not a typical politician because this is the first time he has run for office.

“I really have a sense of urgency. I am running for mayor of Louisville because I love our city and I want to make meaningful change. I want to move in a new direction. And so when I see big challenges, I see even bigger opportunities. So what I would say to (young people) is tell me what your concerns are, what we need to do for your generation to make Louisville a safer, stronger and healthier and more vibrant and more energetic city, and let's make those things happen," he said. "I spent my whole career turning dreams into reality. And I'm so excited about the opportunity to be your next mayor of Louisville to do the same working together with people of Louisville to move Louisville in that new direction.”